M107/NGC 6171 is a globular cluster one of dozens of globular star clusters in Ophiuchus. While discovered Mechain who contributed many to the Messier list this one never made the list until modern times when this oversight was corrected by adding to the original list.

M107 is unusual in that has regions obscured by dust. The most obvious area is north of center in my image. I couldn\'t find out if the dust clouds are in the cluster or just foreground objects. The cluster is more scattered than most. Some sources put it about 21 thousand light years away.

This has been a jinx object for me. Seeing this low in my sky has been a major issue every time I tried. This time clouds and severe extinction was a problem. Atmospheric dispersion this low is another problem so I went with a pure RGB image to tighten up the stars. I used these to make a pseudo luminosity image after aligning them to remove the prism displacement by our atmosphere. Unfortunately, severe clouds got in the way, especially with the blue frames. Even though taken highest in the sky the blue and green signals were damaged by clouds. Blue far more than green. I was able to salvage 2 of 5 frames of each color. While the green frames used were not through clouds the two blue ones were rather badly obscured. The color data is rather suspect because of this. I used 4 blue frames to make the pseudo luminosity image but only two in the color data. Thus adding the color frames comes up two short of the pseudo luminance frame. I used them as they were taken the highest with the best seeing. Cost me some faint stars but the ones I got were sharper because of it.

Due to it being so low in my skies I\'d not imaged it since going digital. Thanks to the Meridian Tree I can\'t catch it at its highest and have to do most of it to the east. Because of this, I had to wait years for a good enough night to go that low with usable seeing. Extinction was bad but the air steady. So severe were extinction and cloud issues, even 10 minute subs didn\'t come close to burning out the core. The image is several magnitudes fainter than my normal images due to how low it is and lack of luminance data. For more on it see: http://messier.seds.org/m/m107.html 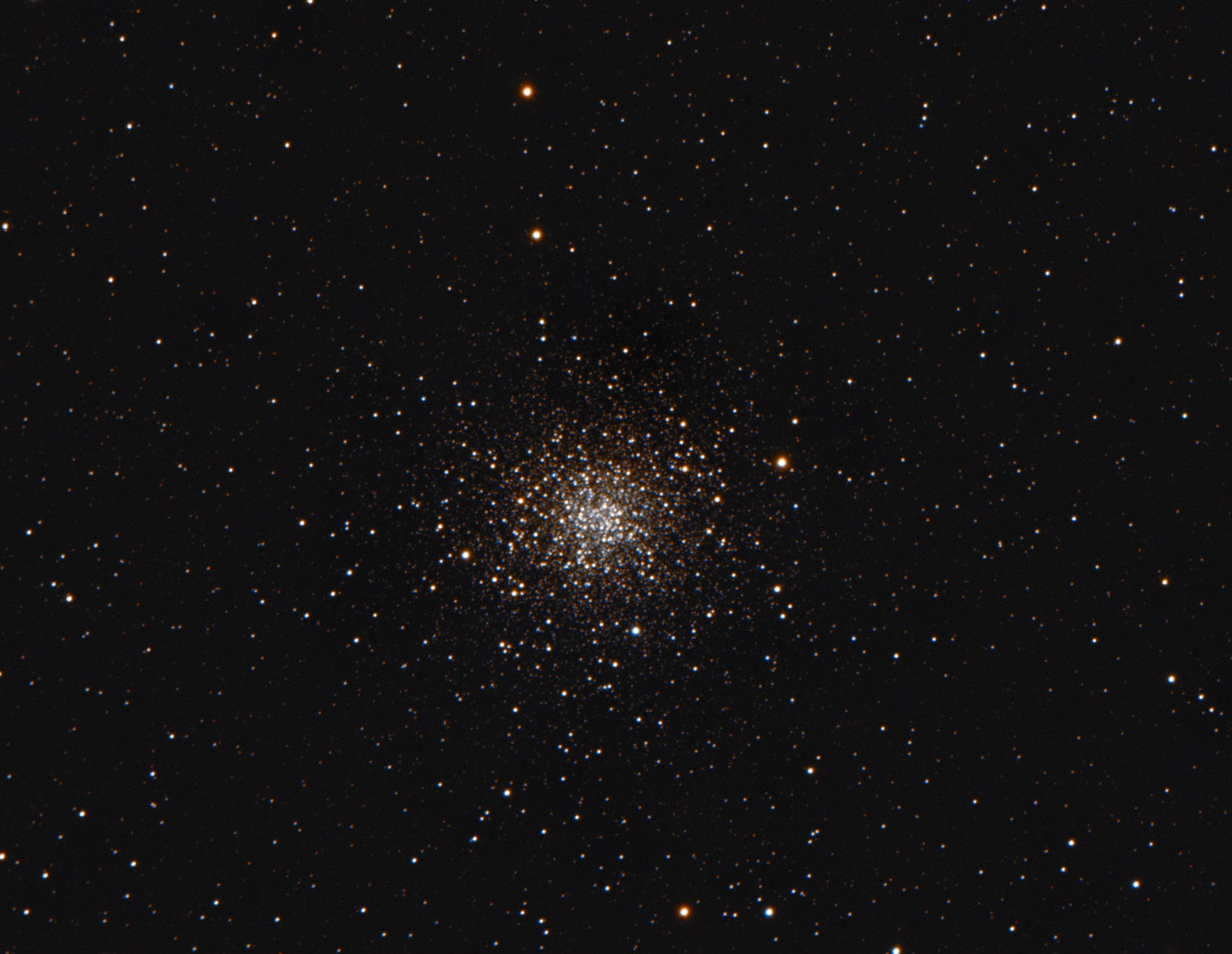