NGC 23 and NGC 26 are a pair of galaxies about 195 million light-years distant in the constellation of Pegasus about three degrees south of Alpheratz. NGC 23, the northwestern member, is classed by NED as SB(s)a; HII;LIRGSbrst while the NGC project says simply SB(s)a. HII means it has rather strong H alpha emission. This can be seen in the HST image at: http://commons.wikimedia.org/wiki/File:NGC23-hst-110-160-190.jpg which shows just the very core of the galaxy out less than 10\" of arc. LIRGSbrst means it is a luminous infrared galaxy with starburst activity. This too is found in a region less than 10\" from the galaxy\'s core. In any case, the galaxy appears somewhat disturbed so has likely interacted with some other galaxy, possibly NGC 26 10 minutes to the southeast which also appears disturbed. It is very non-symmetrical both as to the barred region which is much more organized to the north than to the south and the outer arms. The southern bar region seems to consist mostly of two bright star clouds. Off of each end are two the two faint arms. The one coming off the northern end and running down the western side is much brighter and condensed than the one coming off the disorganize southern end. The latter extends faintly well to the north more as a tidal plume than a spiral arm.

NGC 26 is classed by NED and the NGC project as SA(rs)ab. While a simple classification its structure is odd. Coming off the core on the eastern side is a bright arm arc that quickly ends. There seems to be no similar arm on the western side though one is hinted at in the DSS IR image. This is surrounded by a lopsided ring of rather white stars. Outside this is an arc of blue stars that circles about two thirds of the way around becoming a narrow dark lane to the south. Outside of these are faint spiral arms, the eastern one being very large and much brighter than the smaller western one. It is as if something pulled the entire structure but for the core to the east, the less dense the structure the more it was pulled off center. One very old paper indicated this might be due to a dwarf galaxy it ate sometime in the past.

NGC 23 was discovered by William Herschel on September 10, 1784. It is in the second Herschel 400 observing program. Unfortunately, my log from that was lost in the move to Minnesota. NGC 26 was found by Heinrich d\'Arrest on September 14, 1865. Apparently, it was just a hair too faint for Herschel\'s speculum mirror telescope.

While there are many other galaxies in the image NED had little on them, not even a magnitude in most cases. Due to the lack of information, I didn\'t prepare an annotated image. Sure looks like it would have been interesting if the data had been available.

This is another field suggested to me by Sakib Rasool. 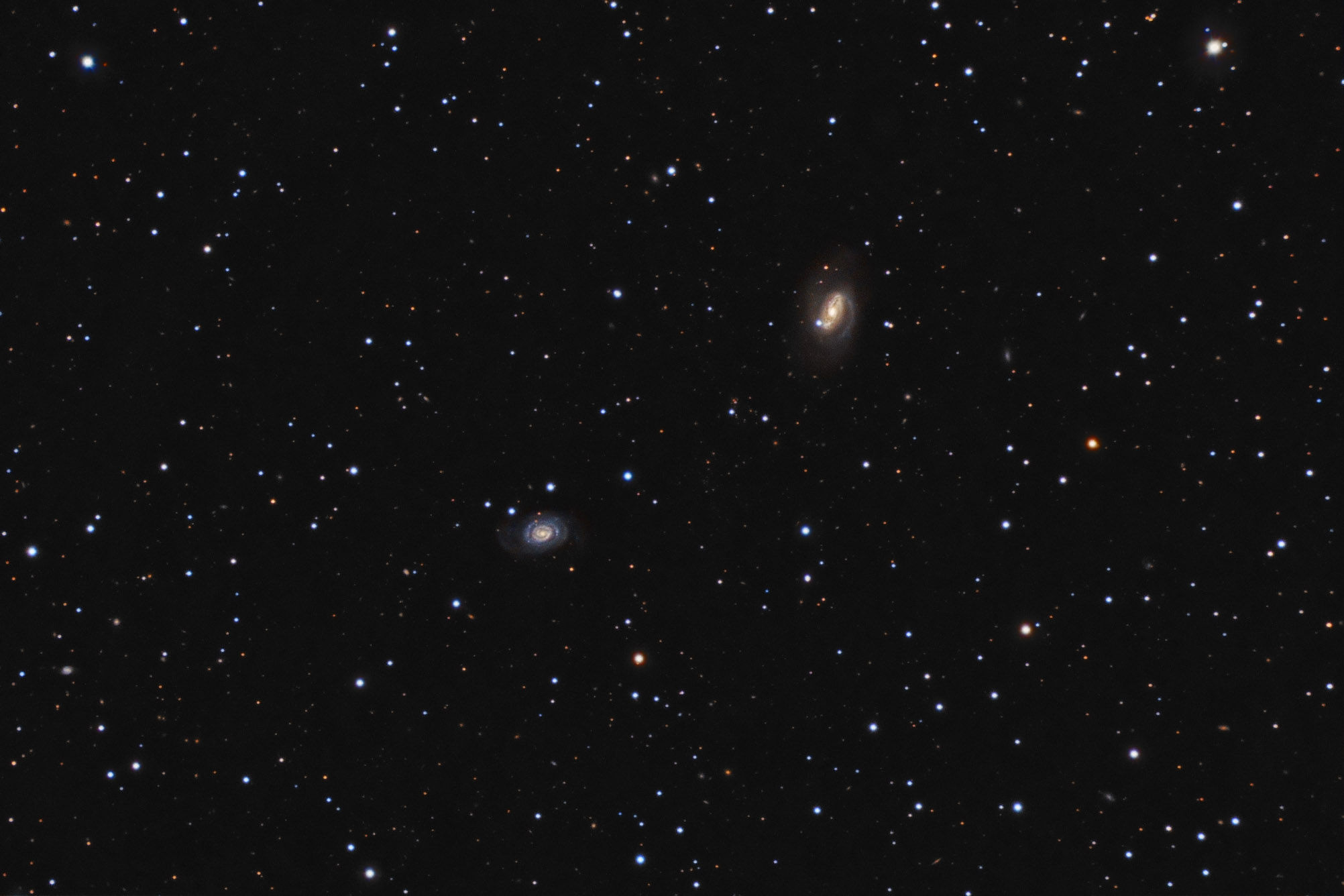 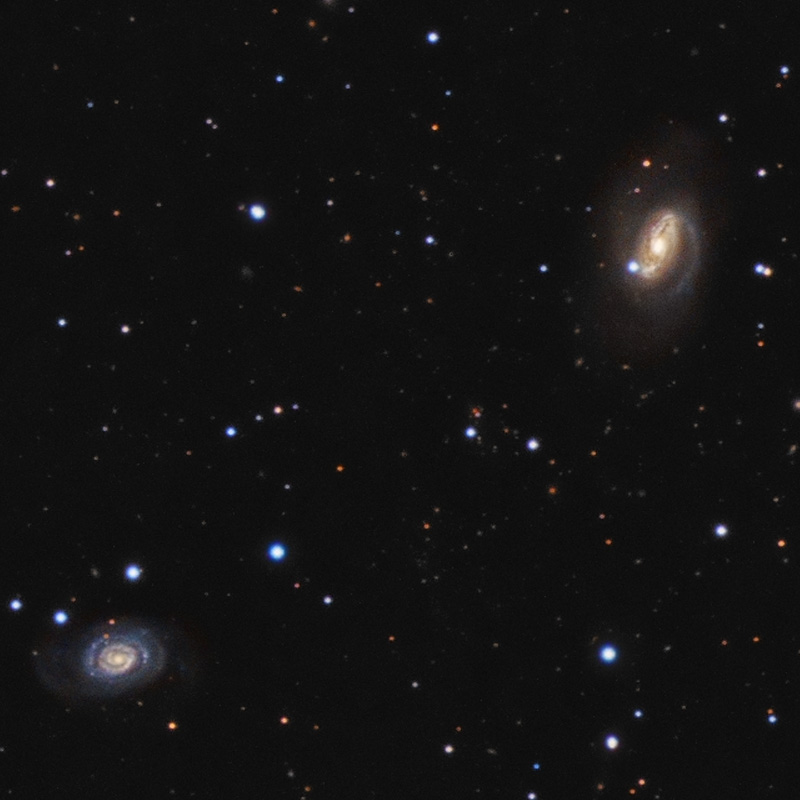