KPG 3 is a pair of galaxies in Andromeda about a half degree east of Alpheratz a bit over 310 to 340 million light-years distant. The eastern member is NGC 27 a spiral galaxy that NED and the NGC Project classifies as S? while Seligman says Sbc?. I measure its size at nearly 120,000 light-years counting faint extensions seen in the FITs data and 90,000 for the bright region obvious in the JPG image. It was discovered by Lewis Swift on August 3, 1884. The companion was too faint to be seen in his telescope so was missed.

The companion is UGC 95, an edge on spiral. It qualifies as a flat galaxy and is FGC 16. NED lists it as being an Sc galaxy. Most distance measurements put it about 30 million light-years further than NGC 27. With that difference and lack of any distortion to either it is likely they are not interacting and thus close as seen only from our perspective. It is a very large spiral which I measure at about 190,000 light-years.

The other major galaxy in my image is UGC 105 which NED classifies as (R\')SAB(S)0 and Seligman as (R\')SAB0^+(s). It is an obvious ring galaxy with a very blue ring around a barred core. Redshift puts it at about the same distance as UGC 95, 350 million light-years. The ring is off center from the barred core extending further northeast than southwest. I measure the size of the galaxy at about 125,000 light-years.

Only two other galaxies in the image have redshift data. PGC 786 as an Sb spiral and LEDA 1856846 is an edge on disk galaxy not classified by NED. Both are about 350 million light-years distant same as UGC 105. I measure them at 83,000 and 54,000 light-years across respectively.

Several other PGC galaxies are in the image and are labeled but have no classification or redshift data. 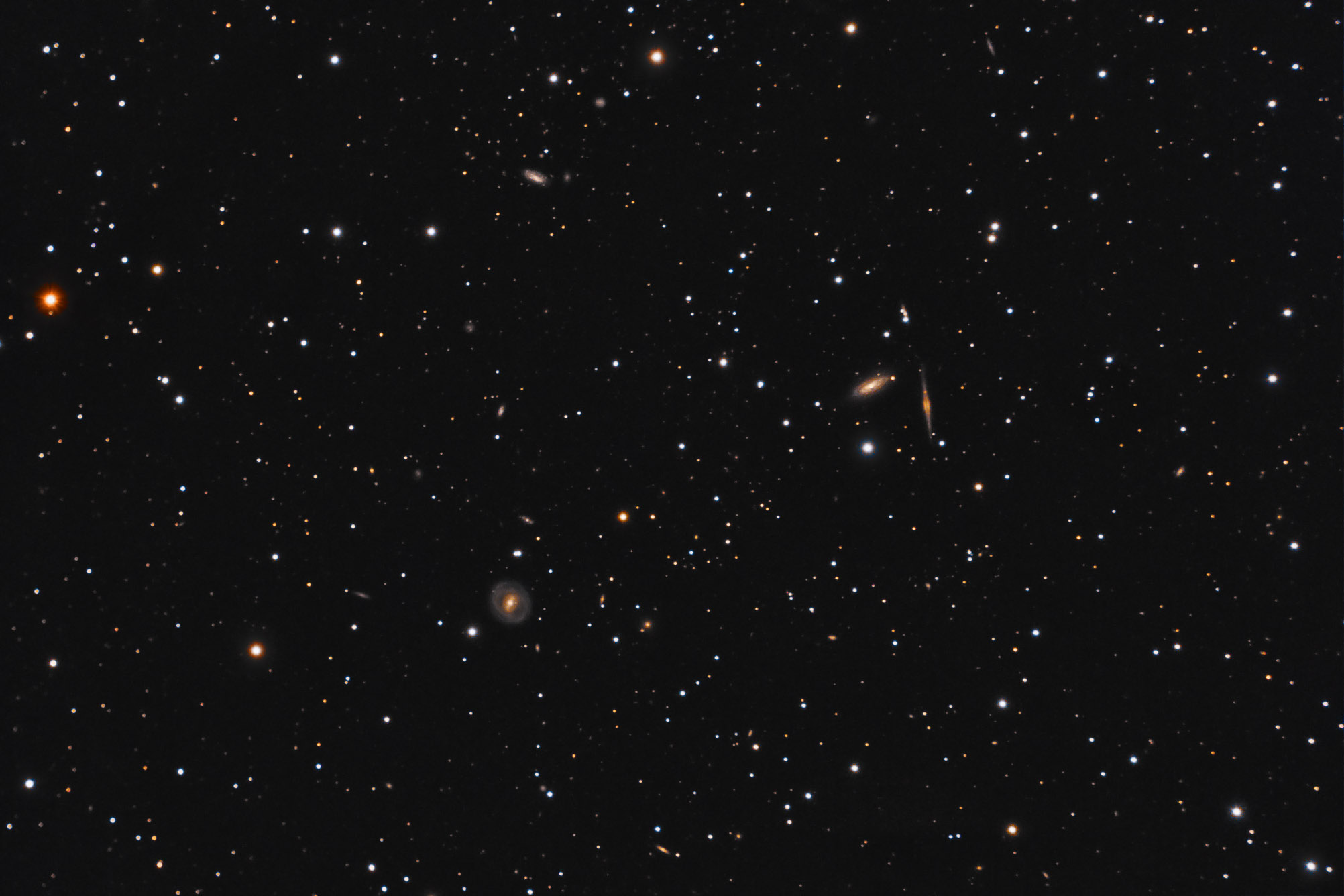 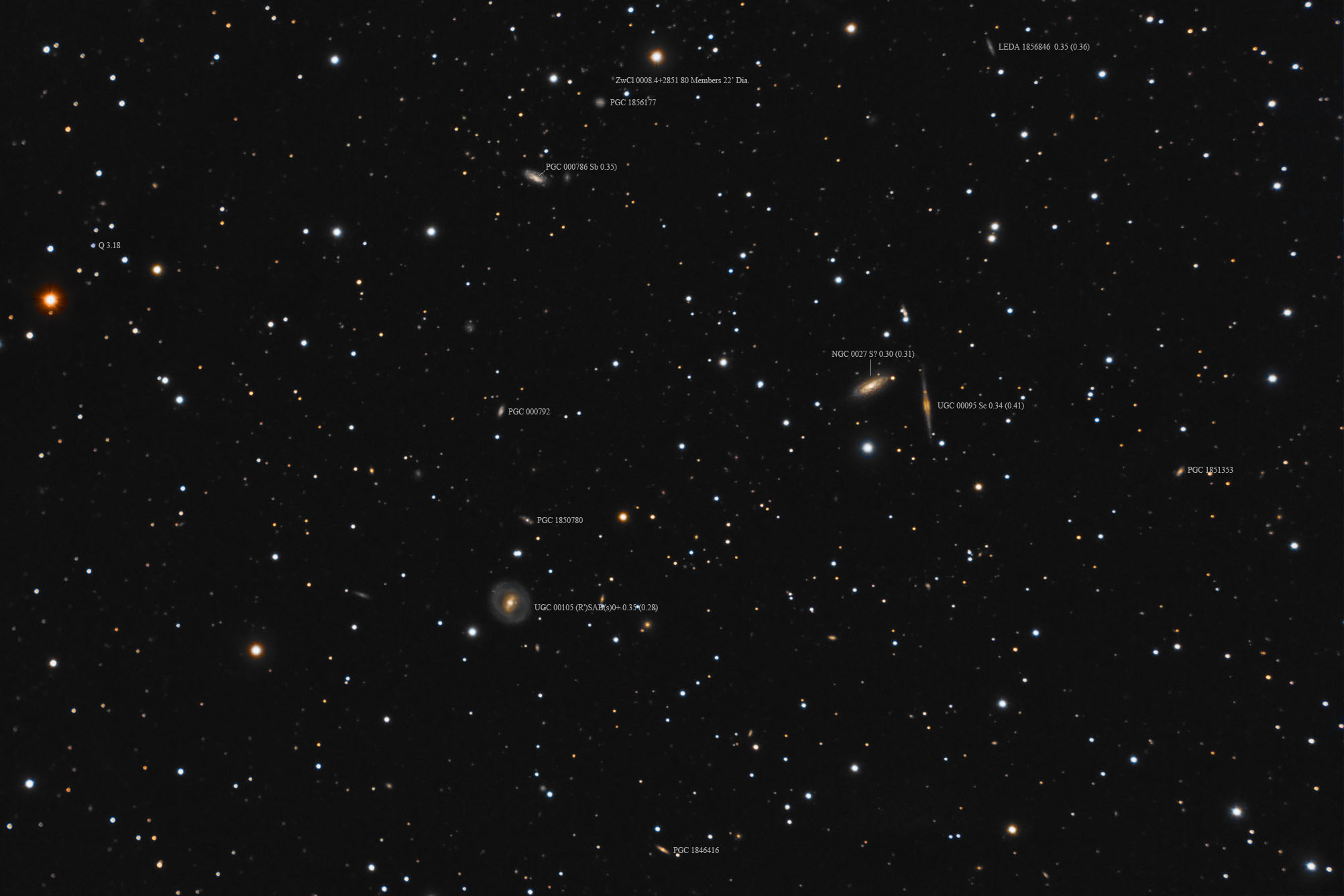