When nothing pressing is within my imaging window which stretches no more than 1 or two hours either side of the meridian I will pick up a Herschel 400 (either the original or second list) object. The night of January 5th UT didn\'t look promising so I went for the rather meager original Herschel 400 object, the open star cluster NGC 136 in Cassiopeia, about 17,000 light-years according to WEBDA. That explains its small size. My visual notes from July 11, 1985 with my 10\" f/5 reads: \"Small ball of 15-20 stars inside a 10\' cloud of stars.\" I don\'t really see that star cloud but the star count seems reasonable from my image. Herschel found it on November 26, 1788.

But I got quite a surprise when I processed this image. Processed normally for a star cluster I saw a \"glitch\" in my flat. Apparently, a dust mot was on the flat that wasn\'t on the camera. It was small so made a faint ring of light below an orange star. That was my initial take. I was about to process it out when I saw it wasn\'t quite round. Could it be real? I checked an image taken later that same night under worse conditions with no hint of a bright ring after flat calibration nor did the flat show a dust mot in that spot. So what the heck was it? A check of the blue POSS II plate showed a hint of the same feature. I\'d just read a technique for bringing out galaxy plumes that was quick and dirty invented by Adam Block. Since it takes only seconds to try I put it to use and out popped an irregular ring. It is very noisy as I\'m working severely underexposed for such a faint feature. Still, it looked like it could be a faint planetary nebula. A quick plate solve and check of SIMBAD showed that\'s what it was. It was discovered in 2012 by the French amateur astronomer Nicolas Outters when taking a deep shot in narrow band of nearby Sh2-173. I was two years late in taking the image! It is Ou2. He\'s discovered 4 such objects now. Not all are certain planetary nebulae, however. See: http://www.astroscu.unam.mx/rmaa/RMxAA..48-2/PDF/RMxAA..48-2_aacker.pdf for the initial announcement of Ou1 through 4 and two others found by other amateurs. If you read French or use a translation program Outters\' website is at: http://www.outters.fr/ . Last I tried it it wasn\'t working properly for my browsers.

I processed this image expecting it to be quick and easy with little research needed for such an open cluster. Ou2 changed that! Took me several hours to track down the information on it. The central star is thought to be the sort of bright blue star a bit to the upper right of the dark core and below a rather bright blue star in the inner edge of the upper part of the ring. It shows faintly in the NB image in the PDF link above. Those out there taking many hour exposures in narrow band can likely show it a lot better than my 40 minutes of luminance data does.

So how many have imaged this cluster and either missed seeing or processed out the planetary that could have had their name on it? 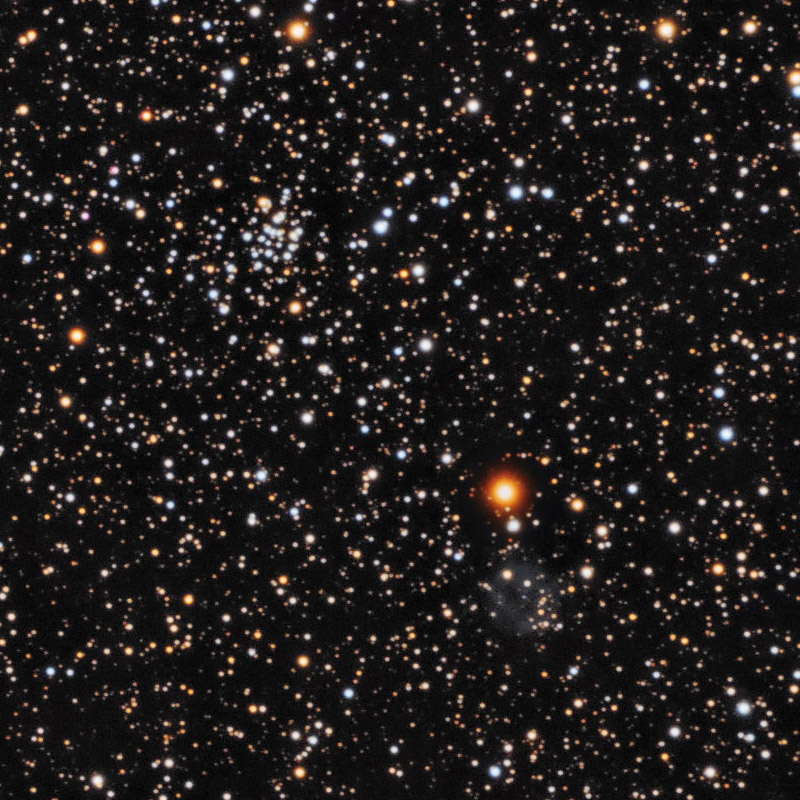 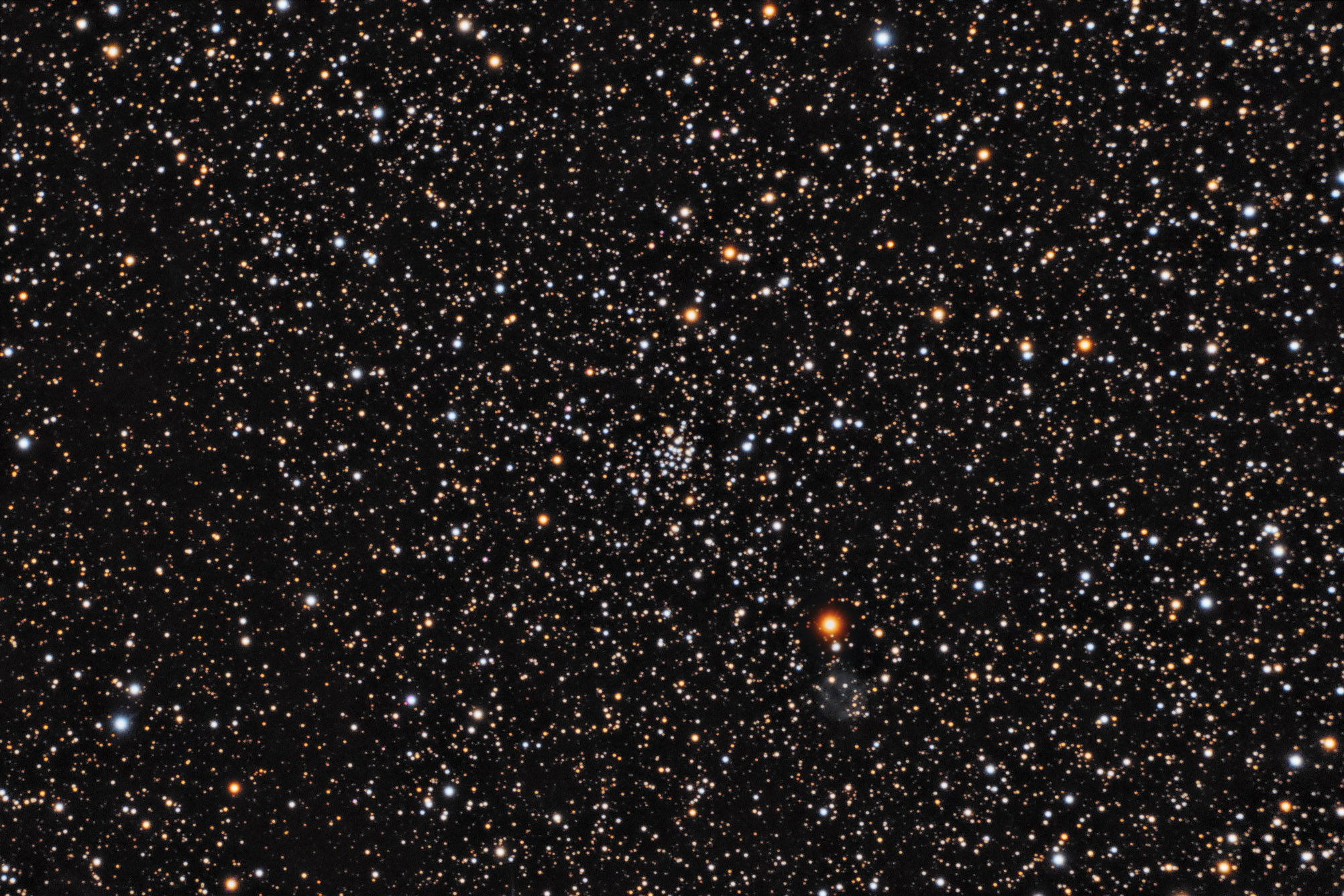