NGC 140 is a rather strange spiral galaxy in western Andromeda about 280 million light-years distant judging by its redshift. NED and the NGC project classify it as Scd: The colon indicating some question about this classification. I classify it is strange. It seems to have only one main arm that comes out of the northern end of the galaxy which wraps around to the east then south and then back north making a three quarters ring around the galaxy. At this point, it seems to split in two. The shorter part continuing north-northwest then suddenly wrapping to the east-northeast where it ends. The longer half makes a sharp bend to the east-northeast to travel under the shorter branch. When it gets about as far east as the upper branch it suddenly bends south again. Other short arm segments can be seen off the three quarters ring at the south end going west. The ring portion of the one main arm has many knots of star formation which NED indicates are HII regions. I found no papers on this galaxy to shed light on how it got its strange arm structure. It was discovered by Truman Safford on October 8, 1866.

While there are a ton of background galaxies, not one has a listed redshift and only one has a magnitude listed. This is truly a \"zone of avoidance\" as far as information is concerned. A very odd spiral, hundreds of interesting background galaxies and nothing of use on any of it. Very frustrating.

I know I sound like a broken record but this one was severely hurt by conditions. I took a lot of data yet could use very little of it. Of the 4 red frames taken only 1 was at all usable. I used 2 of the 4 for the other two colors but they are highly suspect. 4 of the 8 luminance frames were unusable as well. I was surprised it came out as well as it did. I almost chucked the whole data set.

This is my first November 2013 image and was taken under very high winds with gusts to 70 kph according to my cloud sensor. I should have removed the dew shield as that extra length gave the wind leverage to move the scope elongating stars. High winds alone keep dew at bay so the shield wasn\'t needed. This is by far the highest winds I\'ve tried imaging under due to the risk of branches flying into the observatory. Why I didn\'t shut down I don\'t recall. Guess I was desperate for finishing this one as I\'d already spent several failed nights on it due to weather. 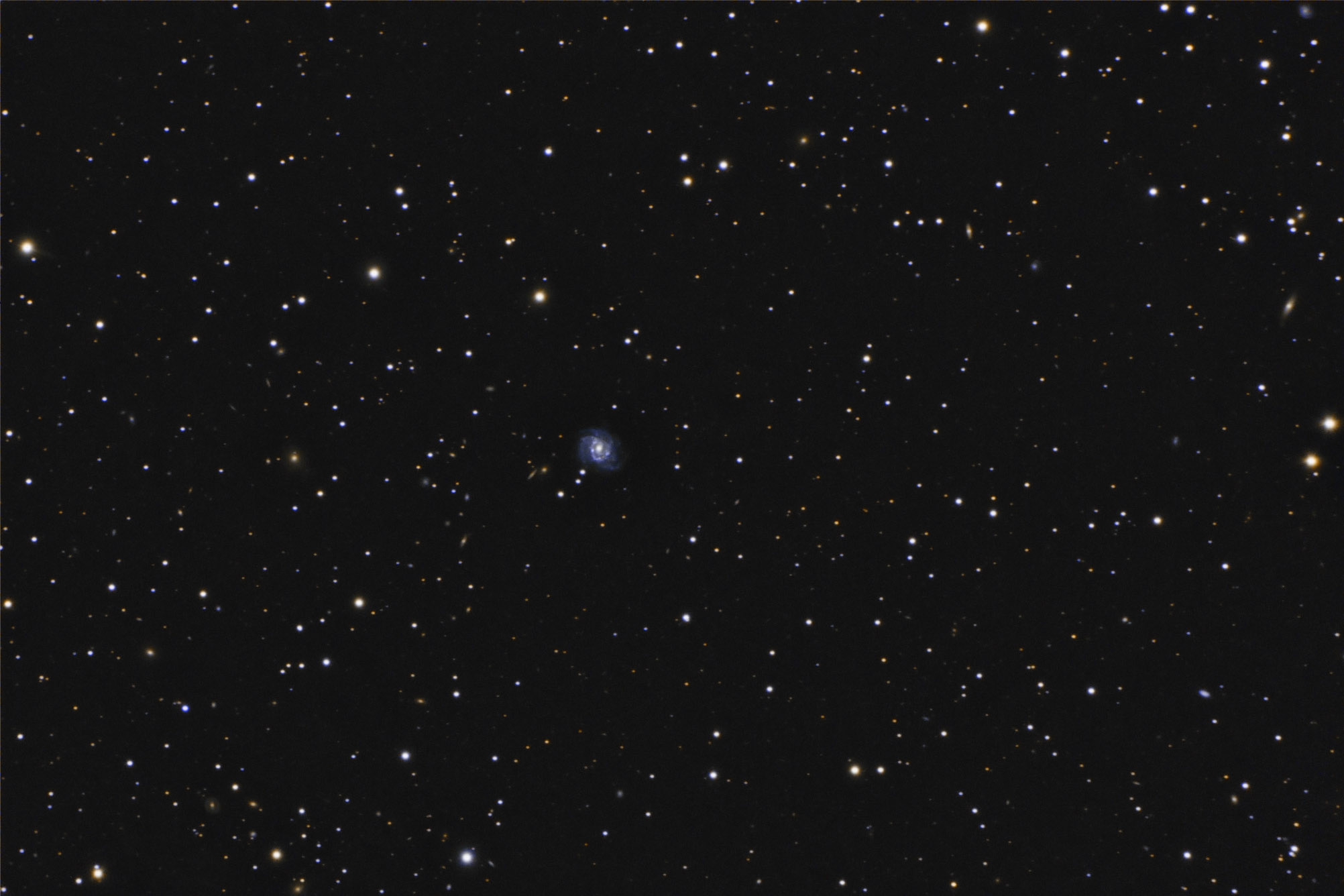 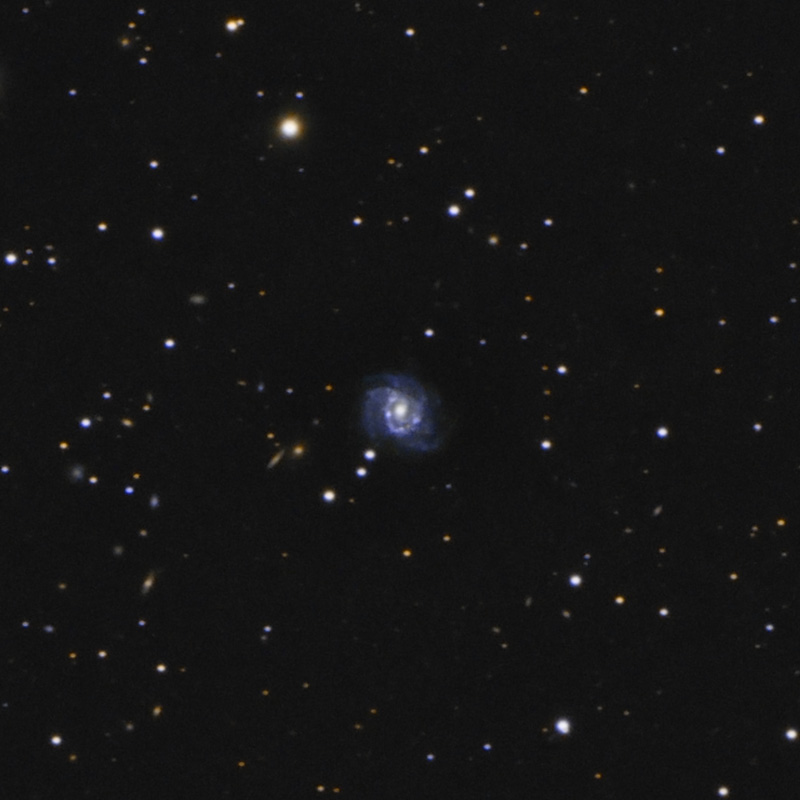