NGC 147 is a low surface brightness dwarf elliptical galaxy and well-known satellite of M31. Oddly, I found a wide range of distance measurements to this one. Apparently, it doesn\'t have any Cepheids as all distance measurements used other methods including a relative of Cepheids, RR Lyra stars. The estimates ranged from 2.2 to 2.8 million light-years. The average is about 2.5 million light-years which is pretty much the accepted distance to M31. One paper said star formation ended over a billion years ago in NGC 147. Another said there\'s been little star formation for the last 3 billion years. I expected it to be more golden than it came out.

I noticed a nice \"small\" edge on disk galaxy on the NE edge of the galaxy. I then collected redshift data from NED on the field. Oddly that galaxy (marked with a question mark in the annotated image) wasn\'t in NED at all. NED identified less than 20 galaxies in the field even though I see far more in my image. Of those only 5 had redshift data. I\'m not counting NGC 147 since it is bound to M31 which is heading our way. Thus NGC 147 has a blue shift, worthless for determining distance. One of the 5 is about 130 million light-years away and is southeast (lower left) of NGC 147. It is listed at NED as being a starburst galaxy though rather red in my image. Not unexpected as the new stars of such galaxies are often hidden near the core behind a dense dust cloud. Heating of the cloud by these stars is often the key to identifying them as being starburst galaxies. Still, it is nearly star-like and faint at magnitude 19.7 so a low surface brightness dwarf galaxy.

It was discovered by John Herschel on September 8, 1829. 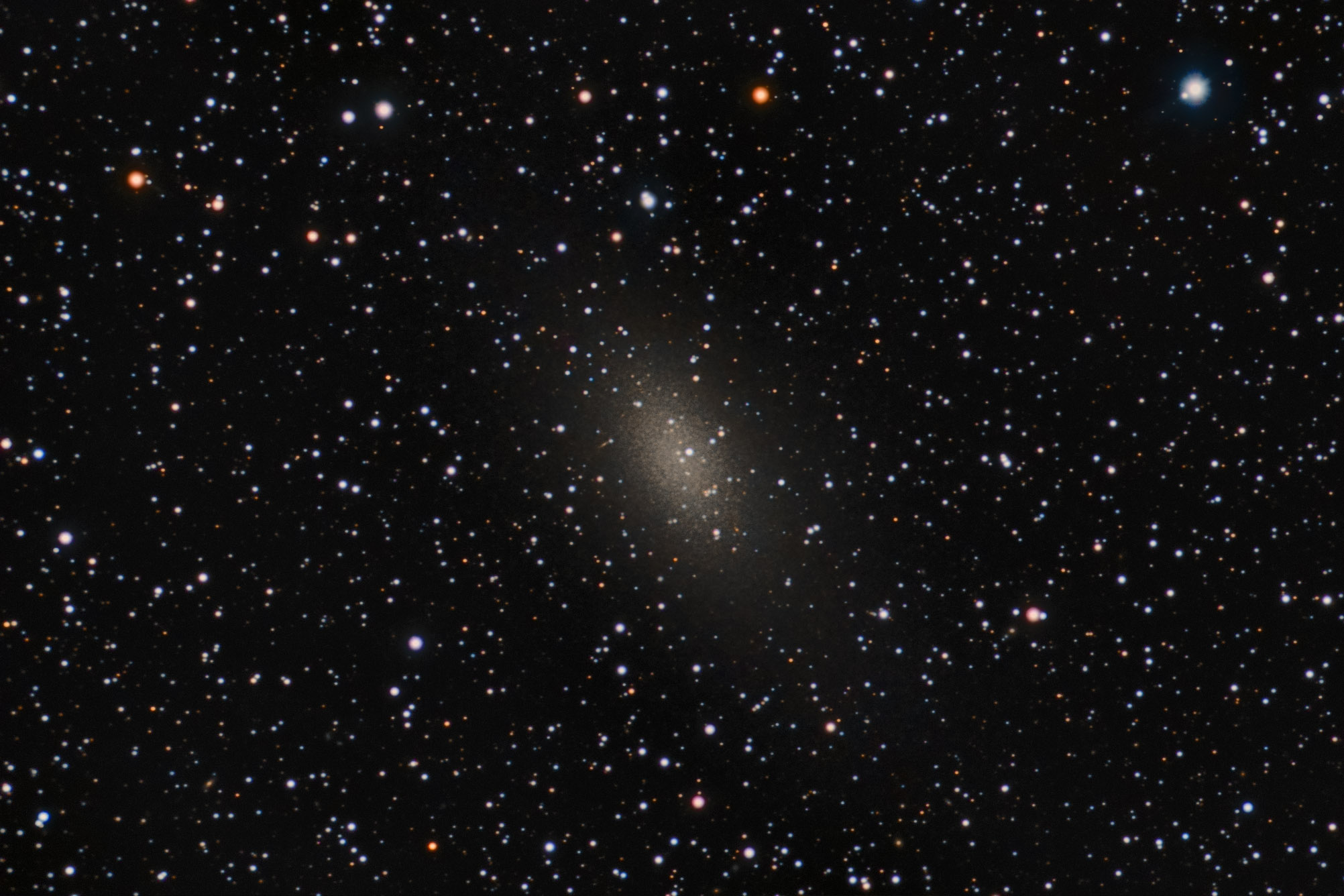 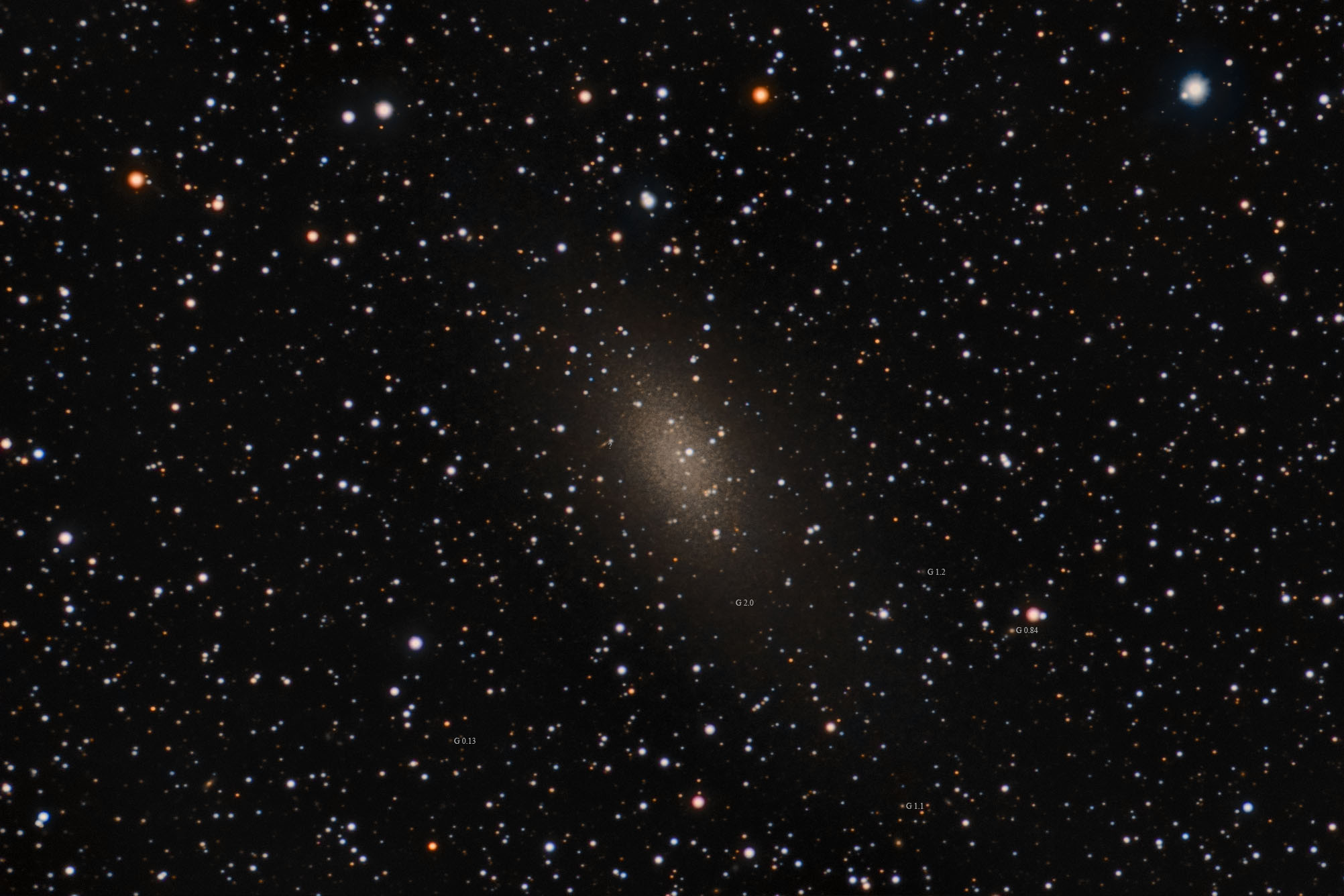