NGC 262 is a much studied spiral galaxy in Andromeda about 190 million light-years away. It somehow missed being in Arp\'s Atlas as it would fit his category for spirals with high surface brightness companions on an arm. The companion is LEDA 212600. While it is likely a true companion there\'s no distance data of any type to confirm this at NED. NGC 262 appears it could be somewhat tidally distorted. It is surrounded by a huge halo of cold hydrogen gas. This can be seen in the image at: http://images.nrao.edu/32 . The image is oriented the same as mine. This site says the companion has the same redshift as NGC 262. Note it lies well within the Hydrogen halo. It was discovered by Lewis Swift on September 17, 1885.

NED lists it in 57 different catalogs! Few other galaxies I\'ve seen are in that many different catalogs. It is a Seyfert 2 galaxy though a couple catalogs list it as a quasar. NED and the NGC Project list it as SA(s)0/a: This means they see it as midway between a S0 and Sa galaxy and the colon indicates some uncertainty. Looking at old photos it shows no sign of the spiral arms so I can see how it got the S0 designation but today\'s images clearly show an Sa galaxy though the classification of old is still used. NGC 262 and its companion are two of three galaxies of the PPS2 083 galaxy group. Problem is I don\'t know for sure which galaxy is the third. The position is midway between these two and the blue galaxy near the bottom of my image. I assume it is the third member. Unfortunately, I can\'t find it in any catalog I have. It isn\'t listed in NED\'s catalog, SIMBAD\'s catalogs nor those in The Sky. The only other galaxy of any significant angular size is the edge on galaxy southwest of NGC 262. It is 2MFGC 00579 so considered a flat galaxy by the 2MASS survey.

I have an odd faint blob southeast of NGC 262. It is just east of a moderately bright, slightly red star. I can\'t find it on the Sloan survey image or POSS plates so it may not be real. There is a similar smudge northeast of NGC 262 but closer to it. It fills the space between a fainter blue star and a tiny blue galaxy. This smudge does show very faintly in the Sloan image so likely real. Also, it is within the hydrogen loop shown in the above image so may be related to it. I can\'t see anything that could cause a reflection to make the first blob but I think it\'s quite likely something did. I didn\'t edit it out just in case I\'m wrong. I need to re-shoot this with a different center to see if it really is real or not. It does show equally well in all 8 subs so not a transient event. Nor does it match the cold hydrogen in the radio image. So far this year the weather has made that impossible. 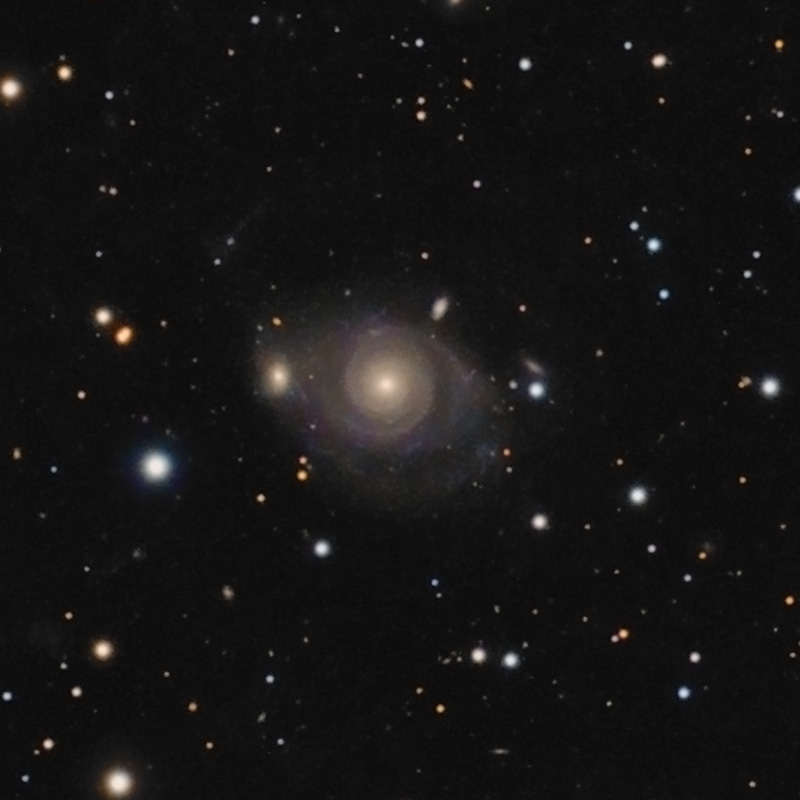 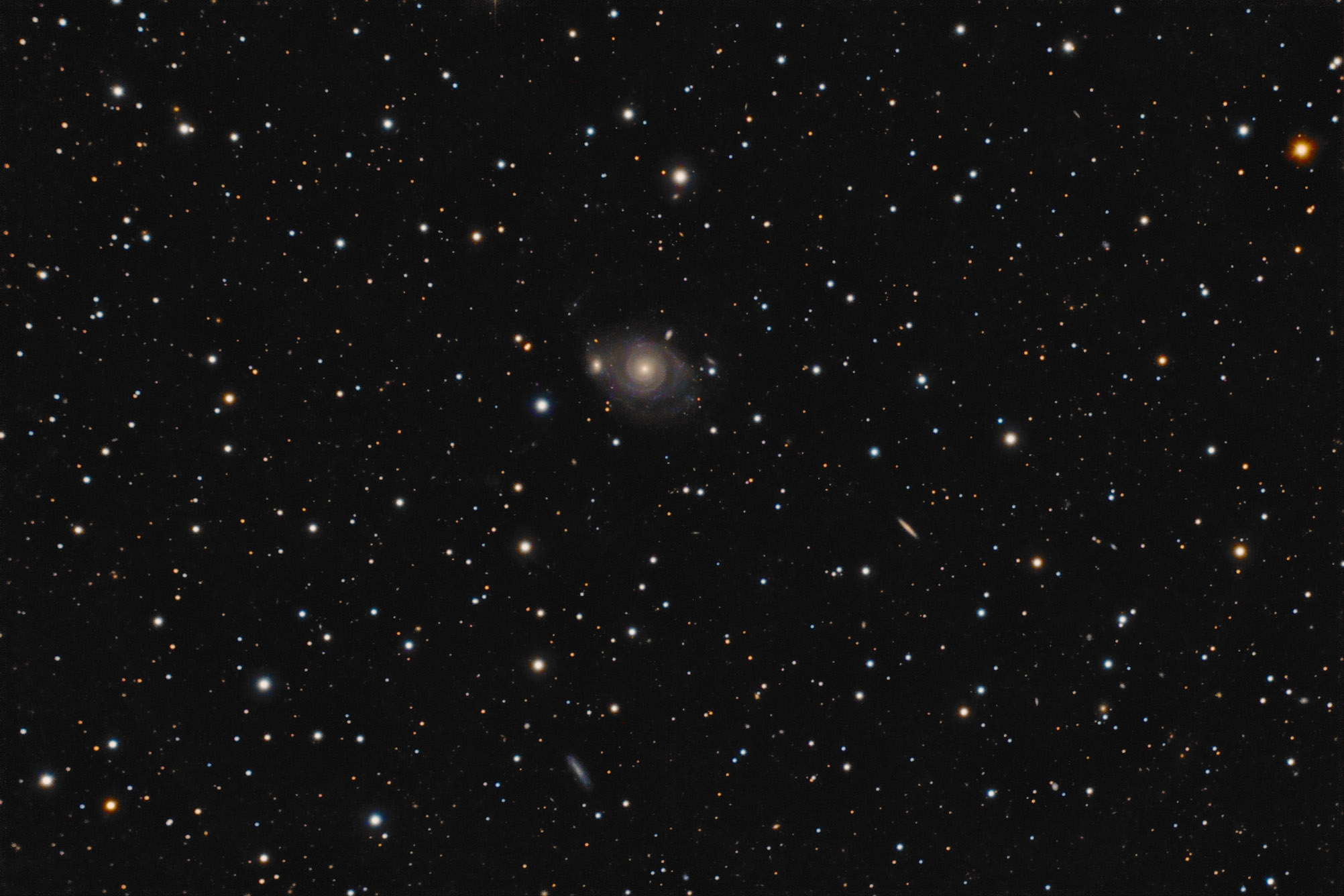