While NGC 266 was discovered by William Herschel September 12, 1784 it isn\'t in either of the Herschel 400 observing programs by the Astronomical League. As a fairly normal barred spiral galaxy, why did I image it? I normally don\'t go for the ordinary objects. Looking around the net I found a fair number of folks have imaged it. The answer is that it was an accident. My to-do list does list NGC 0266 but then goes on to describe it as \"NGC 0266 is a pair of interacting galaxies. The tail is long and straight -- faint\" I go on to say it may be too far south then list the declination for the real NGC 0266 at 32 degrees north. Obviously, I made a mistake somewhere. I have no idea what interacting galaxy pair I meant. So instead I ended up with a rather photogenic galaxy image. If anyone figures out what galaxy\'s designation I scrambled please let me know so I can try again.

While I seem to have imaged the wrong galaxy it is interesting. The arm coming from the west side that loops over the one from the east side ends suddenly as if it and the disk between it and the other arm were bitten off by some huge galaxy eater (Super Godzilla) leaving a bit of debris behind. Otherwise, the galaxy seems very normal.

It is located in an area little studied for distant galaxies. Only one other galaxy has a distance measurement in NED. It is the elliptical like galaxy with a huge faint halo south of NGC 266 at a distance of some 870 million light-years. A third object is listed in NED with a distance of 230 million light-years. It is a radio source not listed as a galaxy. Its position has a radius error bar of 45 arc seconds which is huge. In the center of the error circle lies on a faint, highly distorted galaxy at the bottom of my image. I\'ve indicated it with a question mark beside the name as it might or might not be referring to the galaxy in my image. 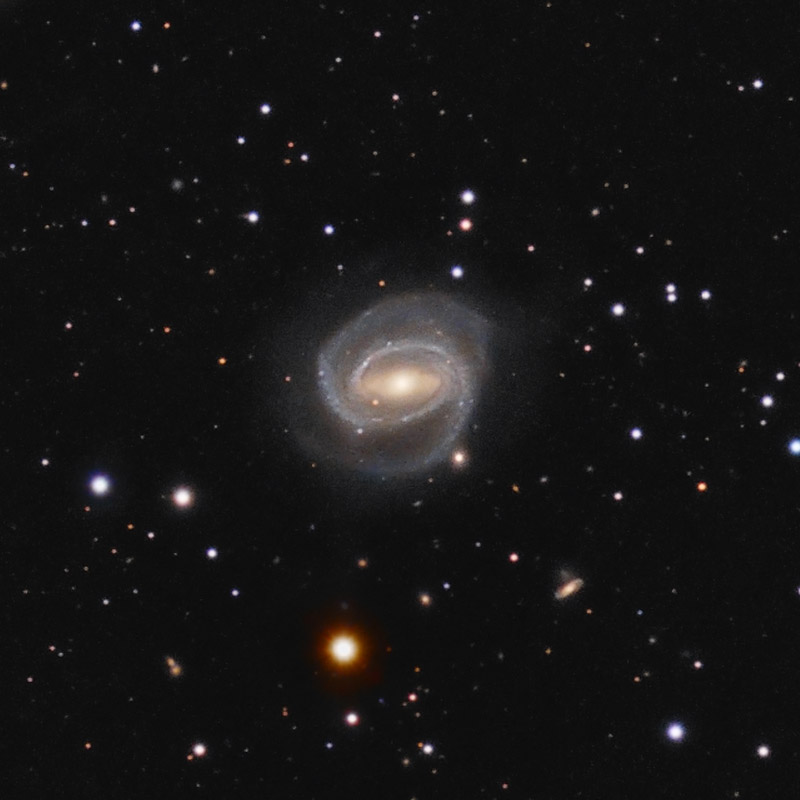 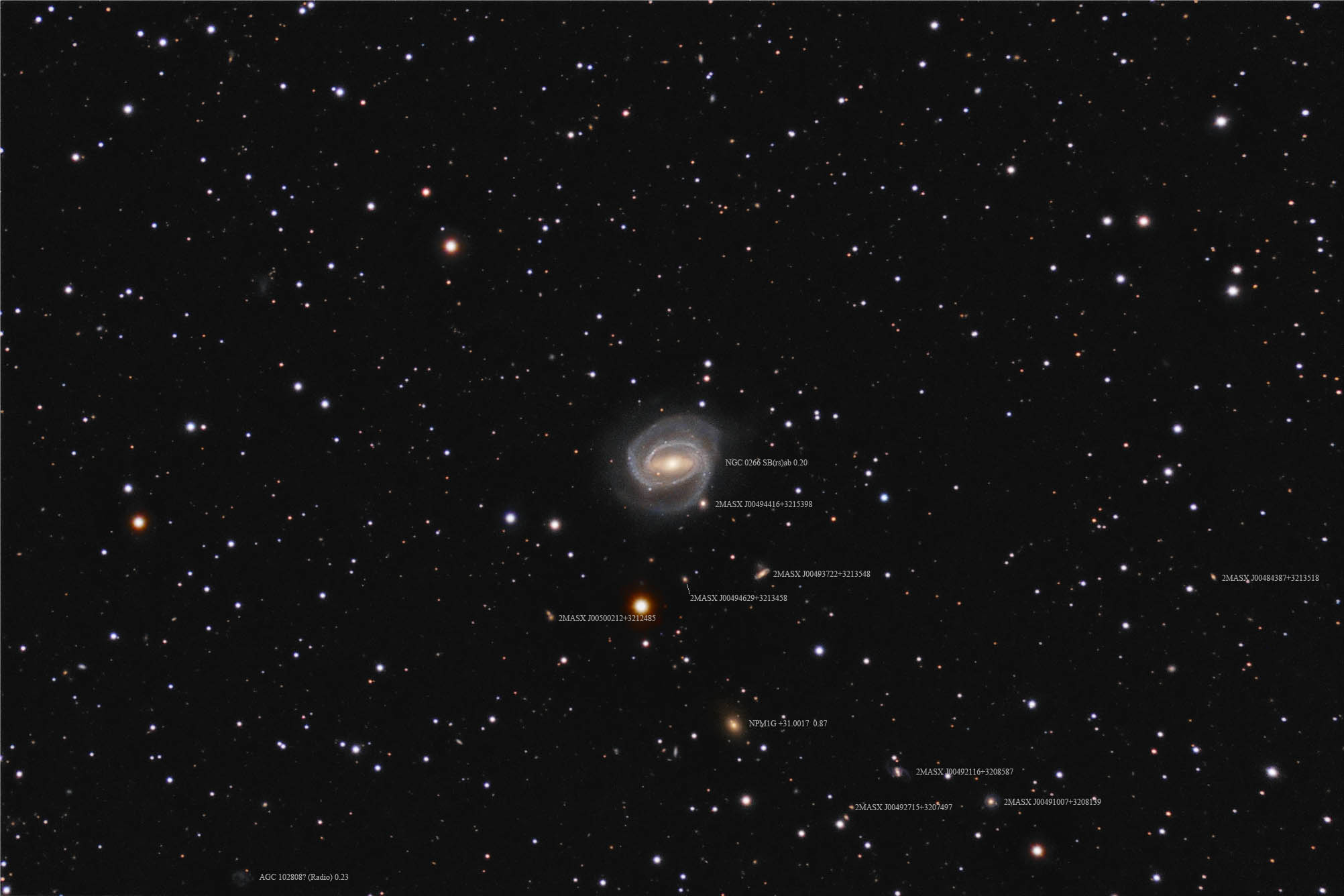 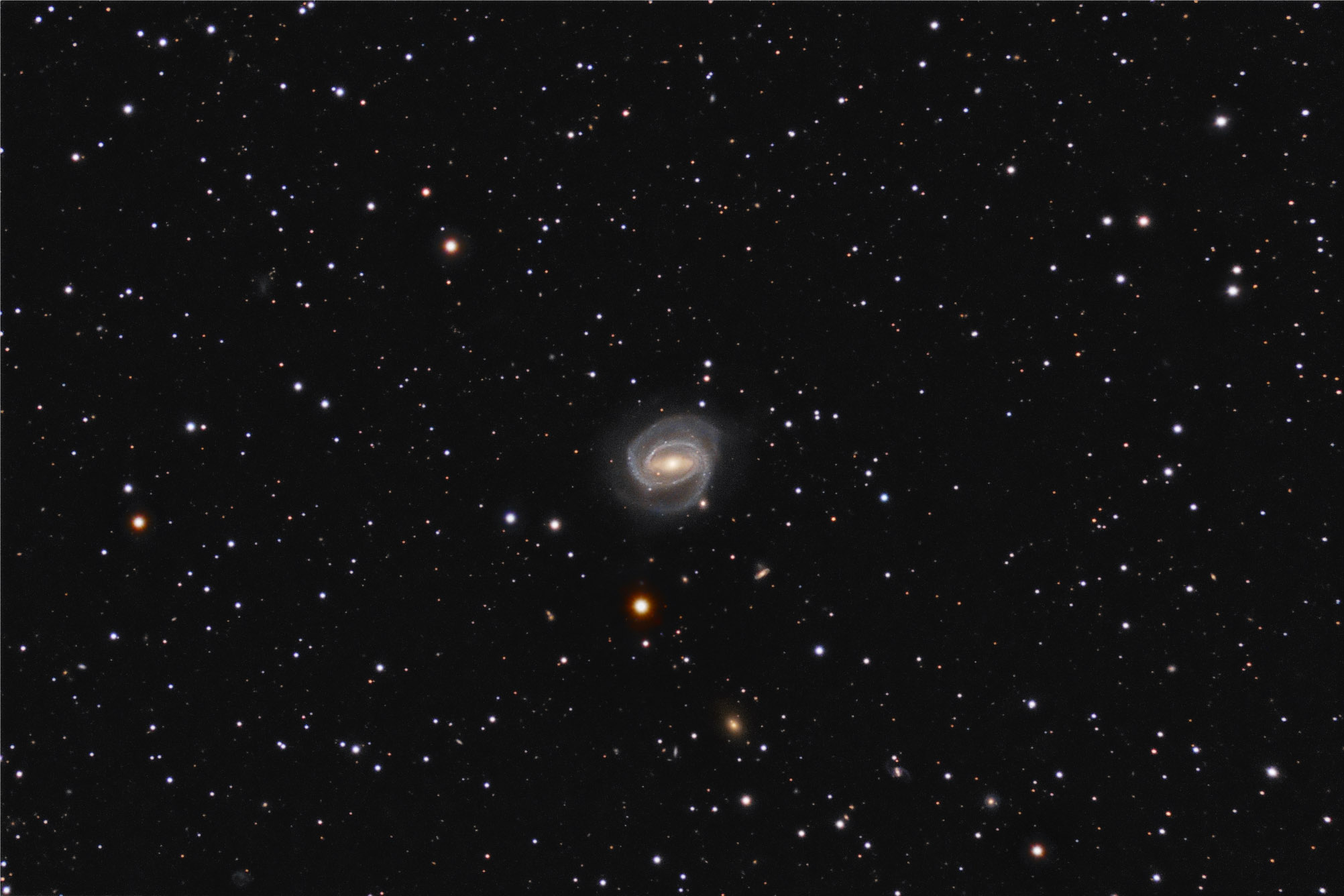