The USGC U037 galaxy group is something you take waiting for the next Arp galaxy to get in position. It is a small group of 5 galaxies averaging about 250 million light-years away. This field is not well cataloged. Only about 20 galaxies in the image are in NED\'s catalogs. Only the 5 in the group have redshift data. The rather big blue galaxy on the western edge of my image isn\'t cataloged at NED nor is the very odd linear blue feature just southwest of UGC 244. On the raw image, I figured it to be a star and edge on galaxy of some sort. When both came back the same shade of blue I began to wonder if this was coincidence or it is just one object. Unfortunately, that is still an unanswered question. But after processing the eastern part, I thought a star, is elongated so it\'s not a star. Maybe two galaxies both very blue? If so they sure line up.

The biggest galaxy in the group is NGC 296, a nice spiral. But NED and the NGC project see it very differently. NED says it is SBb a barred spiral with moderately spread arms. The NGC project says it is Scd. A spiral (not barred) with much wider spaced arms. I think I see a bar when I enlarge the image but its arms seem wider than NED suggests so I\'d say maybe SBcd combining the two to some extent.

The Sky and some other catalogs I have show NGC 295 in the image. They plot it close to NGC 296. Some put it almost on top of 296 as if it were a double listing. The sky moves it about 4 minutes of arc southwest. Dr. Corwin of the NGC project says it is \"lost\" though he hasn\'t searched too widely for it. The rest of the galaxies in the group are UGC 548, UGC 565, UGC 566 and UGC 567. Some catalogs list UGC 565 as NGC 296. So for a poorly cataloged area, it sure has some identification issues. It was discovered by William Herschel on September 12, 1784 but is not in either H400 program.

Distances in the annotated image -- all 5 of them -- are in millions of light years rather than billions I normally use. Three digits of accuracy I display are from NED (5 year WMAP) which far exceeds our ability to translate redshift into distance. A nice round quarter of a billion light years for all is more like it. NED lists distance measurements to NGC 296 ranging from 142 million light years to 261 million light years. That\'s quite a difference. 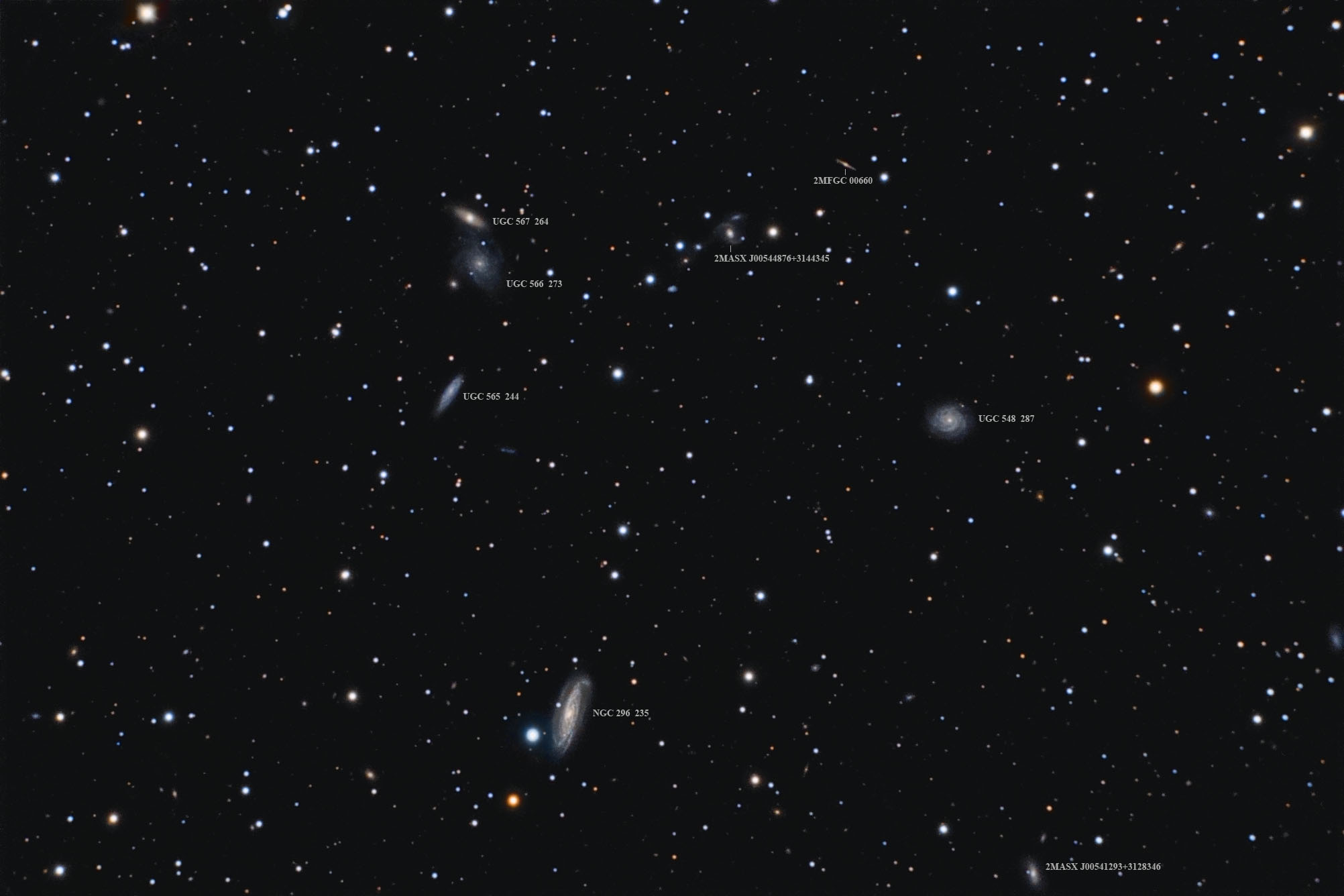 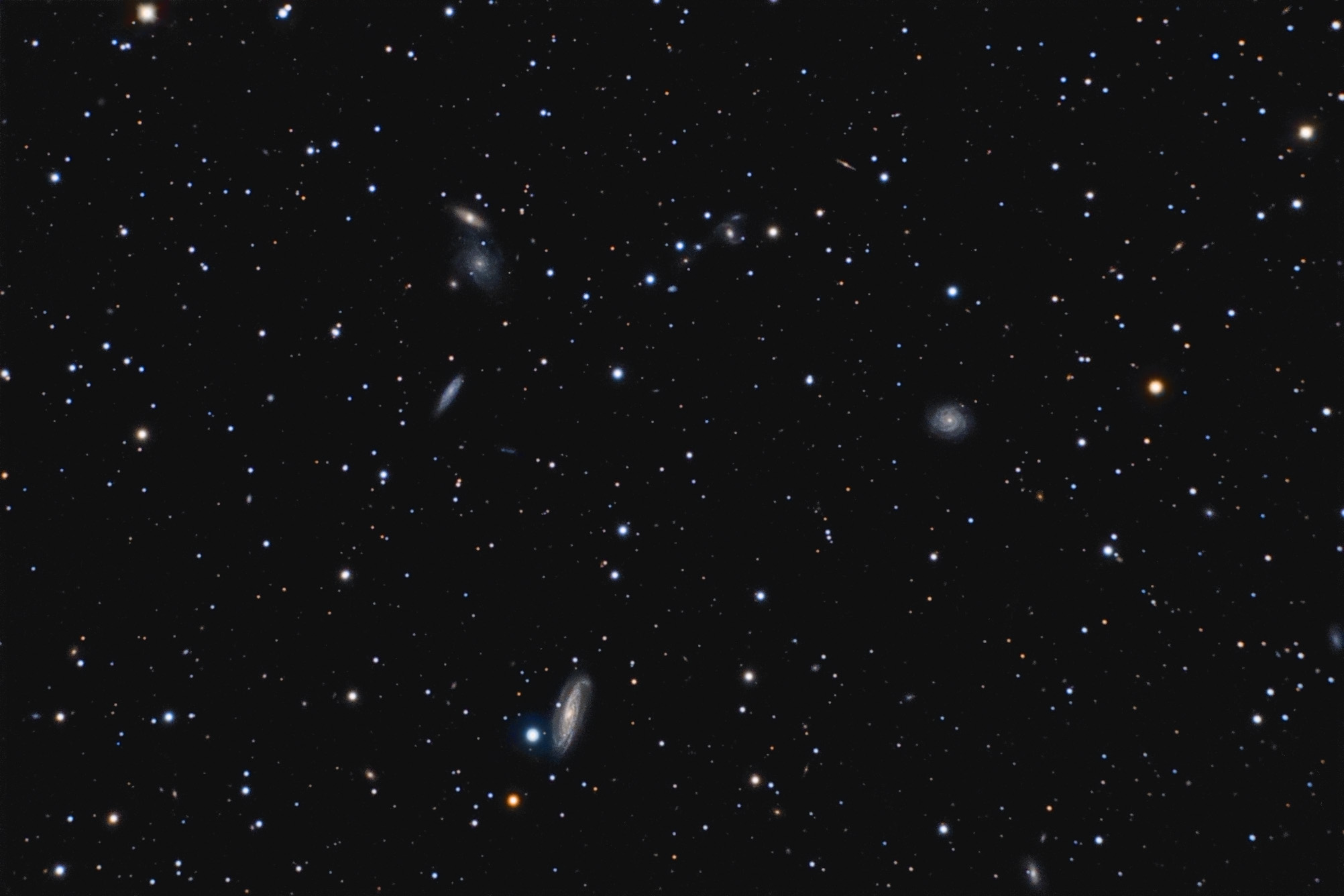