NGC 0381/Collinder 10 is a type III2p open cluster in Cassiopeia. It was discovered by William Herschel on November 3, 1787 and is in the original Herschel 400 observing program. My log entry from July 11, 1985 with my 10\" f/5 at 60 and 180 power reads: \"Large, even, slightly oval, cluster of some 35 stars mostly 11th magnitude and below. Pretty at 60x but becomes sparse and scattered at 180x.\" The 180x comment pretty well fits my image. Though I couldn\'t begin to see the faint stars in my image so it likely stood out better than my image would indicate. Some sources credit it to Caroline Herschel but most don\'t think that likely.

WEBDA puts its distance at about 3700 light-years and gives an age of 320 million years. It is reddened by only 0.4 magnitudes. This likely explains the number of blue stars seen in the cluster. Those are likely the ones I was seeing visually as most of the less massive stars were likely too faint. 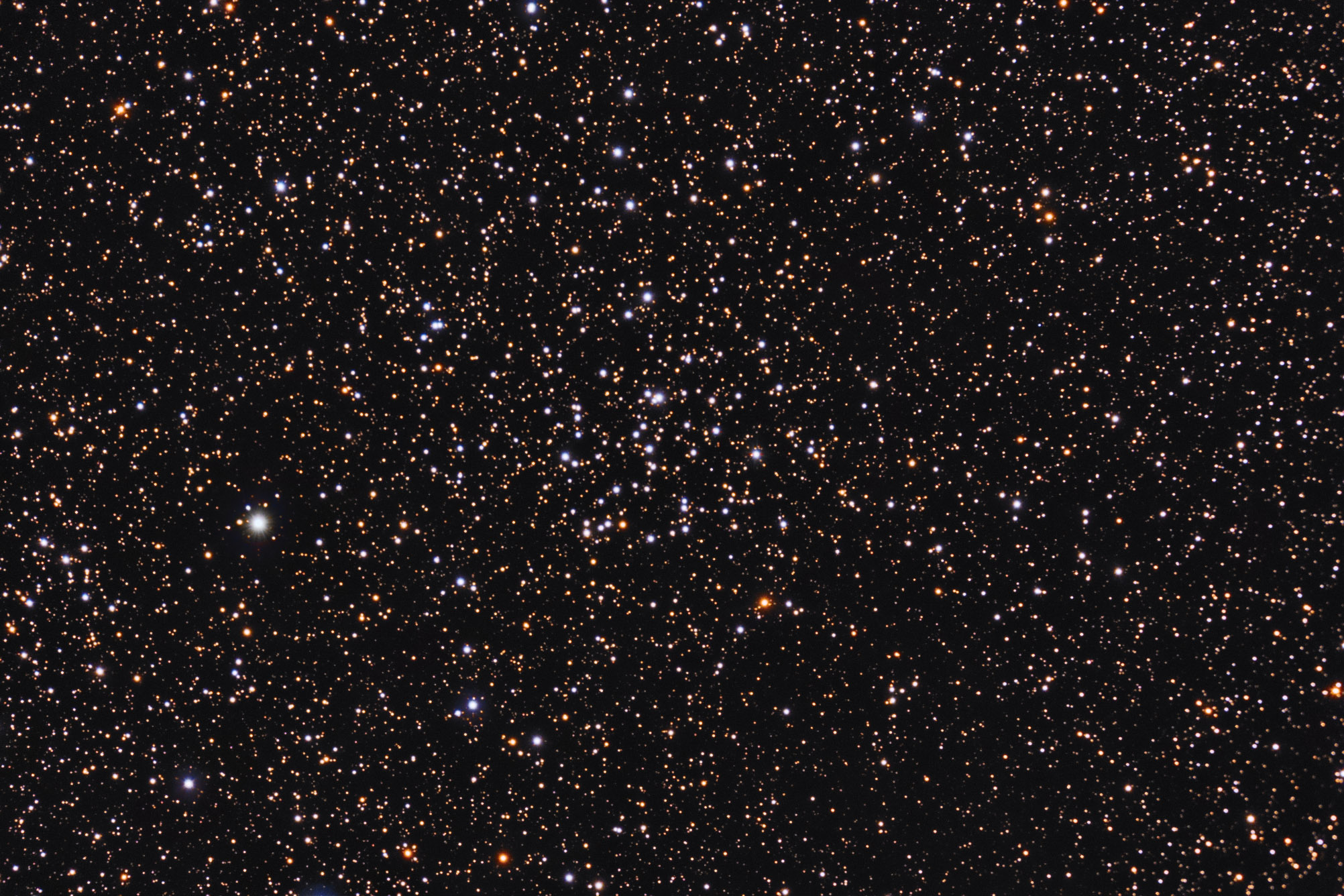