This one reminds me of a hypnotist\'s spiral or maybe a time vortex. O\'Meara calls it the Whirligig Galaxy

NGC 488 is a tightly wound spiral (SA(r)b) located in Pisces about 90 million light-years away by redshift measurement or 95 by Tully-Fisher analysis of its rotation rate. Being nearly face on that must be a tough measurement. It seems to be made up of mostly arm segments that go only about halfway around then fuzz out. Still, I seem to see but one continuous spiral if I follow the fuzz between segments. This is easier to do if the image is enlarged some. Unfortunately, seeing wasn\'t all that good so I had to limit my enlargement to only 33% or 0.75\" per pixel.

The field isn\'t covered by the Sloan Digital Sky Survey so few of the galaxies are cataloged. I\'ve labeled all that are and include distance data for those few that had it. One galaxy cluster (GC) is annotated in the image. The line points to its center. NED shows it containing 17 galaxies but gives no size. It shows it as about 3 billion light years distant. Most members in my image appear to be east of the center.

The galaxy was discovered by William Herschel on December 13, 1784. My entry from the original H400 with my 10\" f/5 on September 6, 1985 at 110x with some aurora lighting the sky reads: \"Lage, oval patch of a galaxy. Seems to blend into the nearby field stars making it difficult to see. Seems rather elongated (about 2.5\'x1\'). This may be influenced by the effects of the field stars mentioned above.\"

There is one \"bright\" asteroid of 19th magnitude and several of 20th. Due to the bad seeing and low transparency as well as their rapid motion they are fainter than normal. I didn\'t label the 20th magnitude ones. The gap in the trail is due a meridian flip 20 minutes into the image. On cold winter nights like this one (outside temperature was below -30C) I slew at only 30% normal speed. That means a couple minute delay in the flip. The gap is longer than this as I apparently allowed 7 minutes for the flip instead of the 3 I usually program in. Even 3 would have shown a gap, however.

Due to my mind seeing this as a time vortex I\'ve included an \"enhanced\" version. 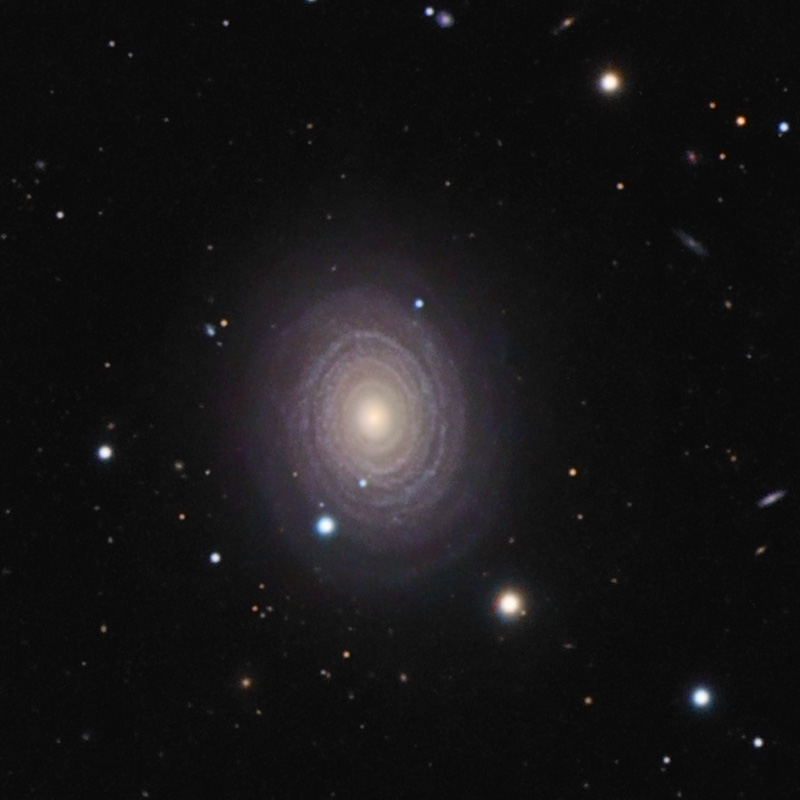 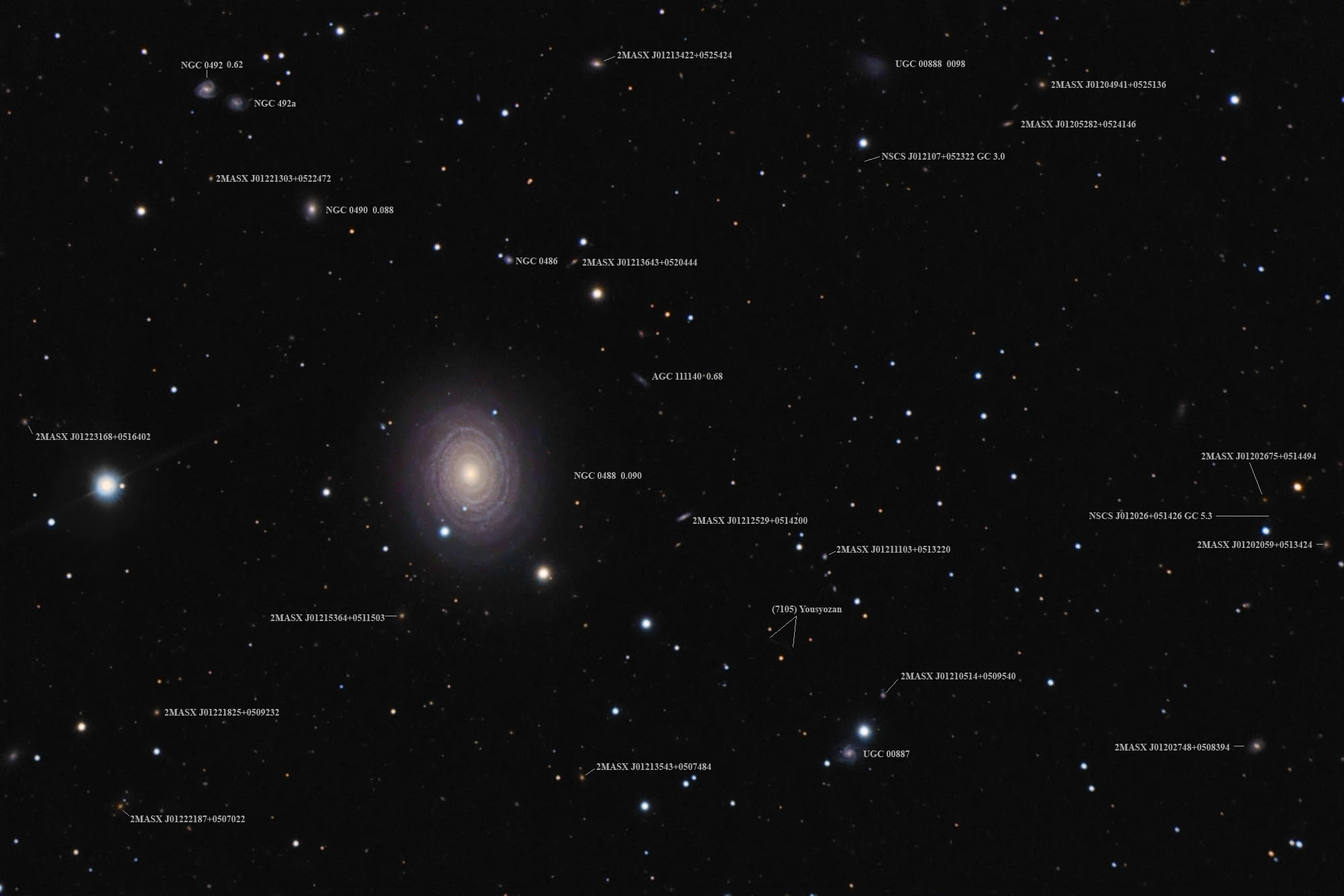 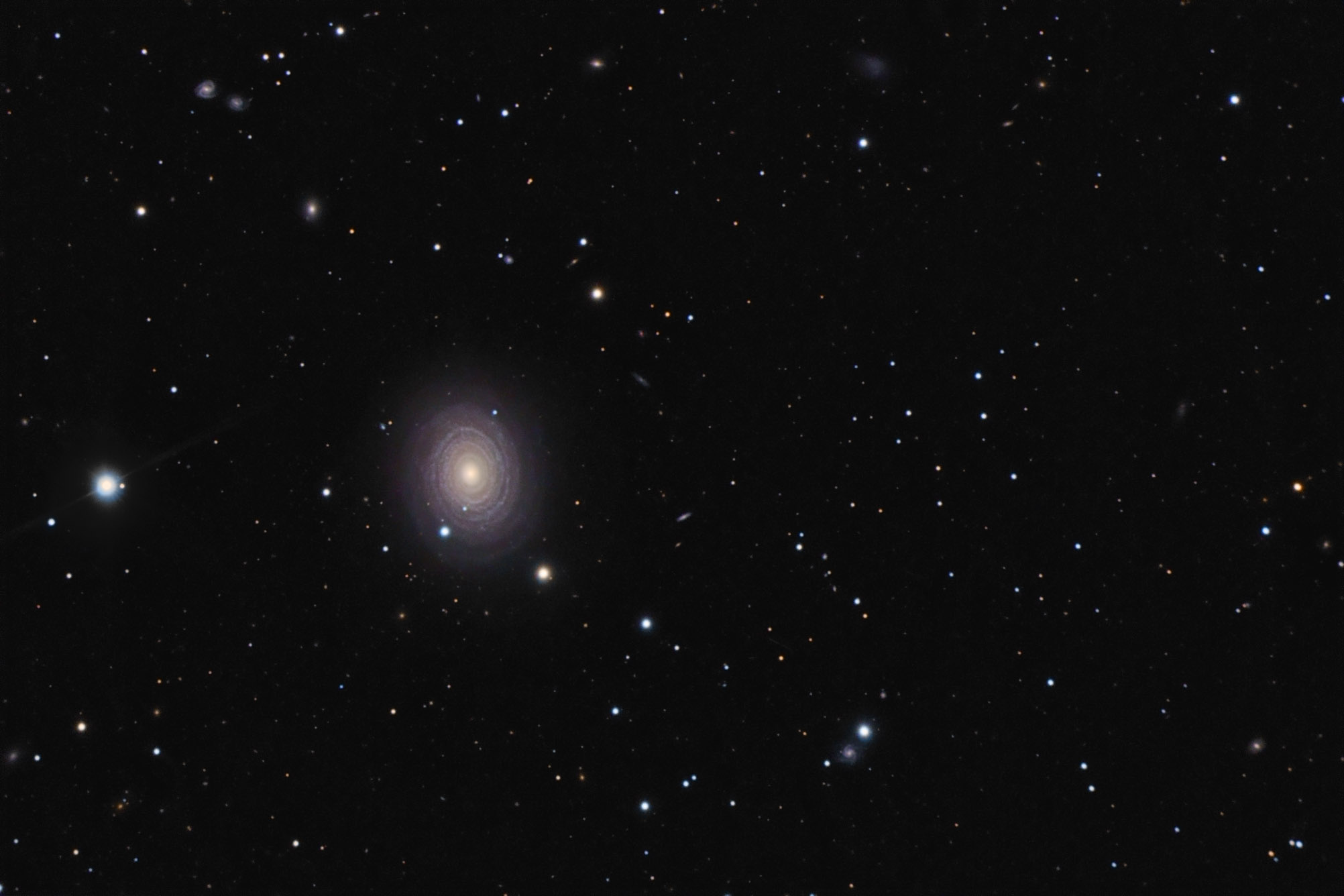 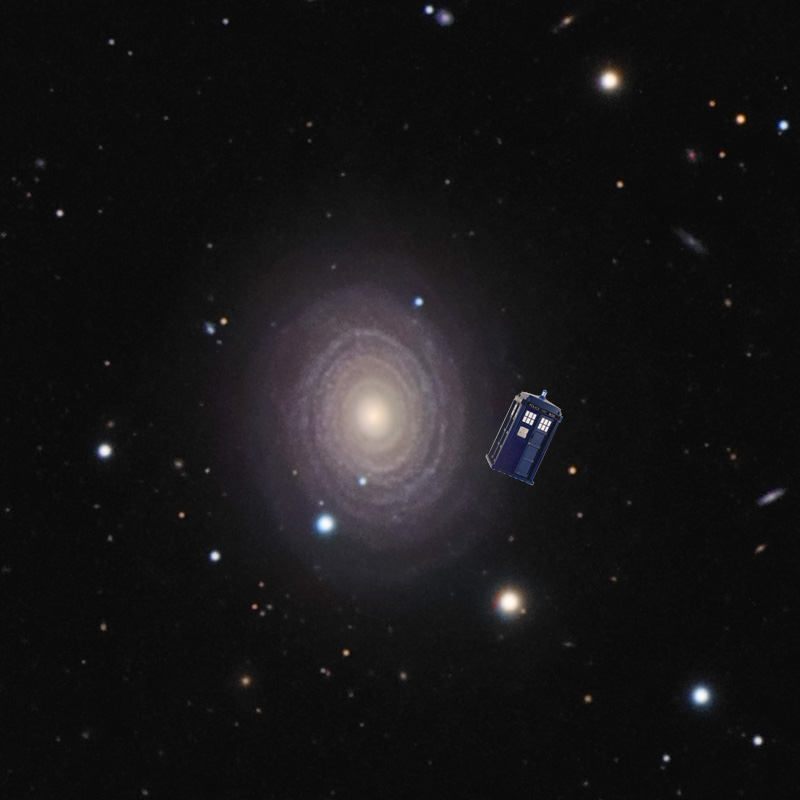