NGC 559 is an open cluster in Cassiopeia about 4100 light-years according to WEBDA. They put its age at 56,000 light-years with reddening of 0.79 magnitudes. The cluster was discovered by William Herschel on November 9, 1787. It is in the original Herschel 400 observing program. I logged it with my 10\" F/5 on July 11, 1985 at 60x on a good night. I was working from a preliminary list. Apparently, I had a problem with the text in this preliminary copy as my entry reads: \"Small, tight ball of faint stars at east end of a large scattered group of field stars. Again the writer missed the cluster as the bright star he mentions is a good 12\' away east the cluster. Most stars are 13th magnitude or fainter! I only saw 5 obvious stars (not 60 he mentions) stars when I stopped down to 6\" on a good night. This writer seems to be copying Burnham\'s.\" Other notes indicate I couldn\'t see 60 stars even at 10\"

I took this one early in my digital imaging career and it shows. The night wasn\'t good and messed with the color channels. At the time I didn\'t know how to deal with this. I need to do a complete reprocessing of this one or better yet get new and better data as I was able to only get 2 10 minute luminance frames that were usable. The color frames were equally poor. 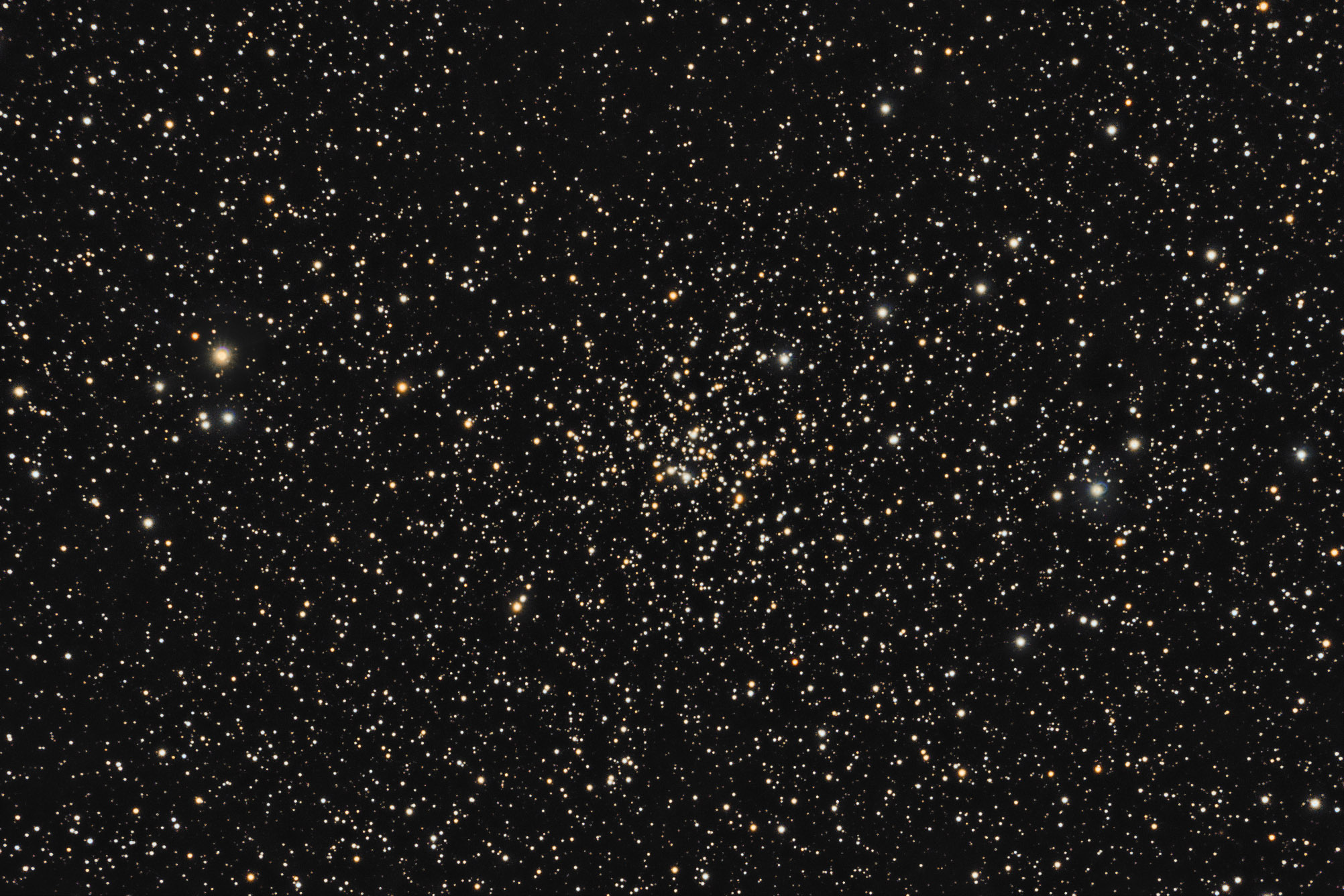