NGC 609 is a type II3r open cluster in Cassiopeia about 13,000 light-years distant according to WEBDA. They put its age at about 1.7 billion years making it a rather old cluster and thus explaining its lack of bright blue stars which have long since died. It shows only about 0.35 magnitudes of reddening not enough to redden it to any appreciable degree. Thus its age is the main reason for its unusually red color. It also apparently has a rather high mass to have held together for so long.

Being that we are looking through the galaxies plane and thus its disk its no wonder the field lacks any galaxies. NED lists only two in my field, both very faint that appear nearly the same as a faint star. No redshift data is available for either so I didn\'t prepare an annotated image.

The cluster was discovered by Heinrich d\'Arrest on August 9, 1863. As it is a rather obvious cluster I find it rather odd that it wasn\'t discovered earlier. Though it is very faint and likely almost unresolved in the telescopes of the day. It certainly isn\'t as easy a visual target as my image would make it appear.

I\'m not happy with the color as the blue channel was wiped out by smoke. I need to take the blue without the smoke screen rather than push it to unreasonable levels as I did here. Another for the reshoot list.

Many atlases give a position a minute or sometimes more east of the cluster\'s center including the NGC itself and WEBDA. 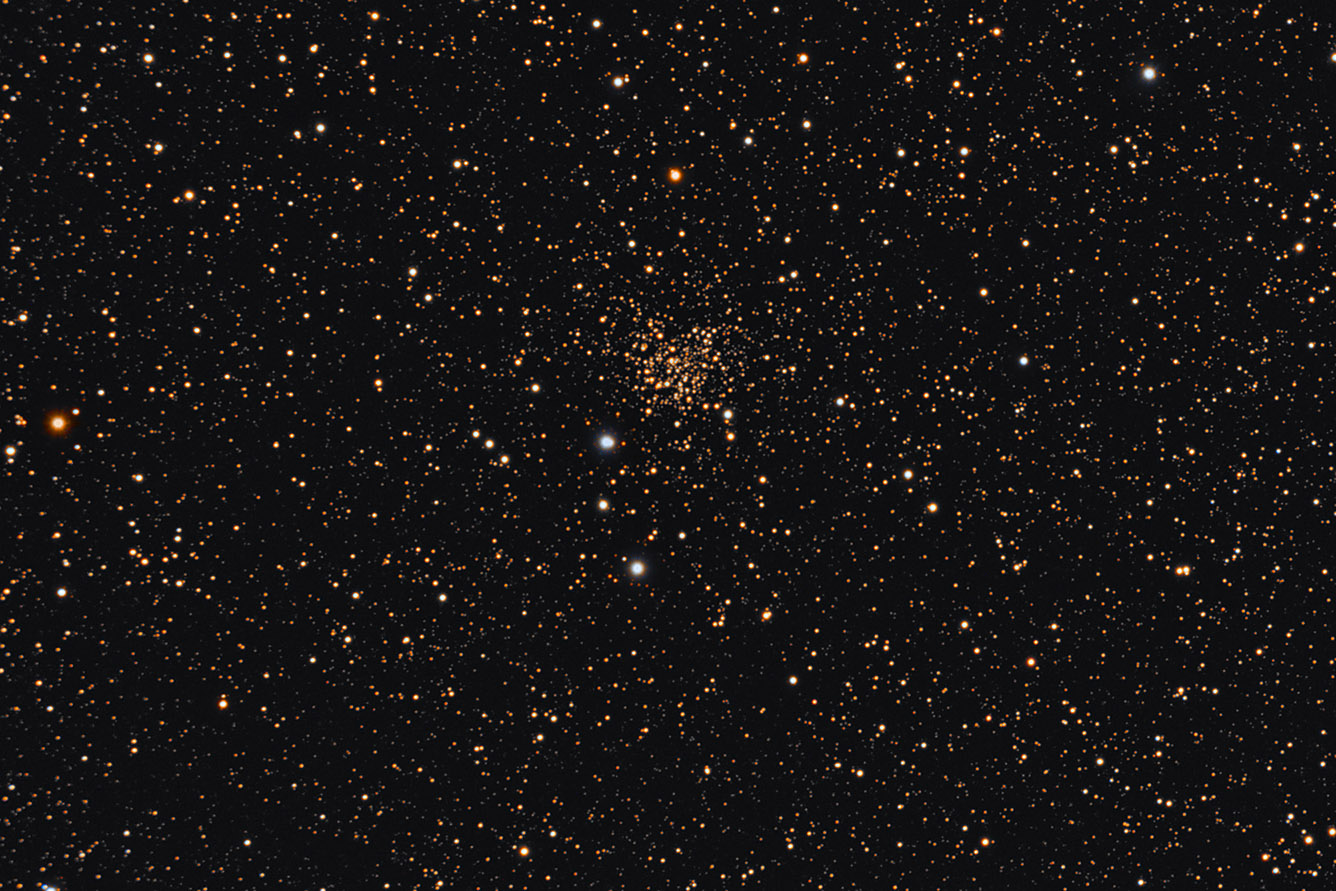