The asteroid (2682) Soromundi photobombed my image. While the Minor Planet Center said the citation info was unavailable being behind a copyright I found the copyright info in Google Books. It reads \"Discovered by E.F Helin and S.J. Bus June 28, 1979. Named by Helin in honor of the Los Angeles Chapter of the YWCA \'sisters of the world\'.\" Google translates the word Soromuni in Latin to \"sisters of the world\". When I simply \"googled\" the term I got back dozens of references to a lesbian chorus by that name. I had to dig many pages down to find the Google Books reference.

This field is only 6 degrees north of the ecliptic so I expected many asteroids but only the one appeared. Though a plane with its bright lights and strobe flew through one of my two red frames it was easy to remove using the other red frame for that part of the color data. That\'s why I take two unless I\'m around to see the frames as they come in.

Since the frame is near the Zone of Avoidance there was little information on the field. Most galaxies carried only positional names, often from very obscure catalogs. So most are just noted with a G for galaxy along with its redshift distance. 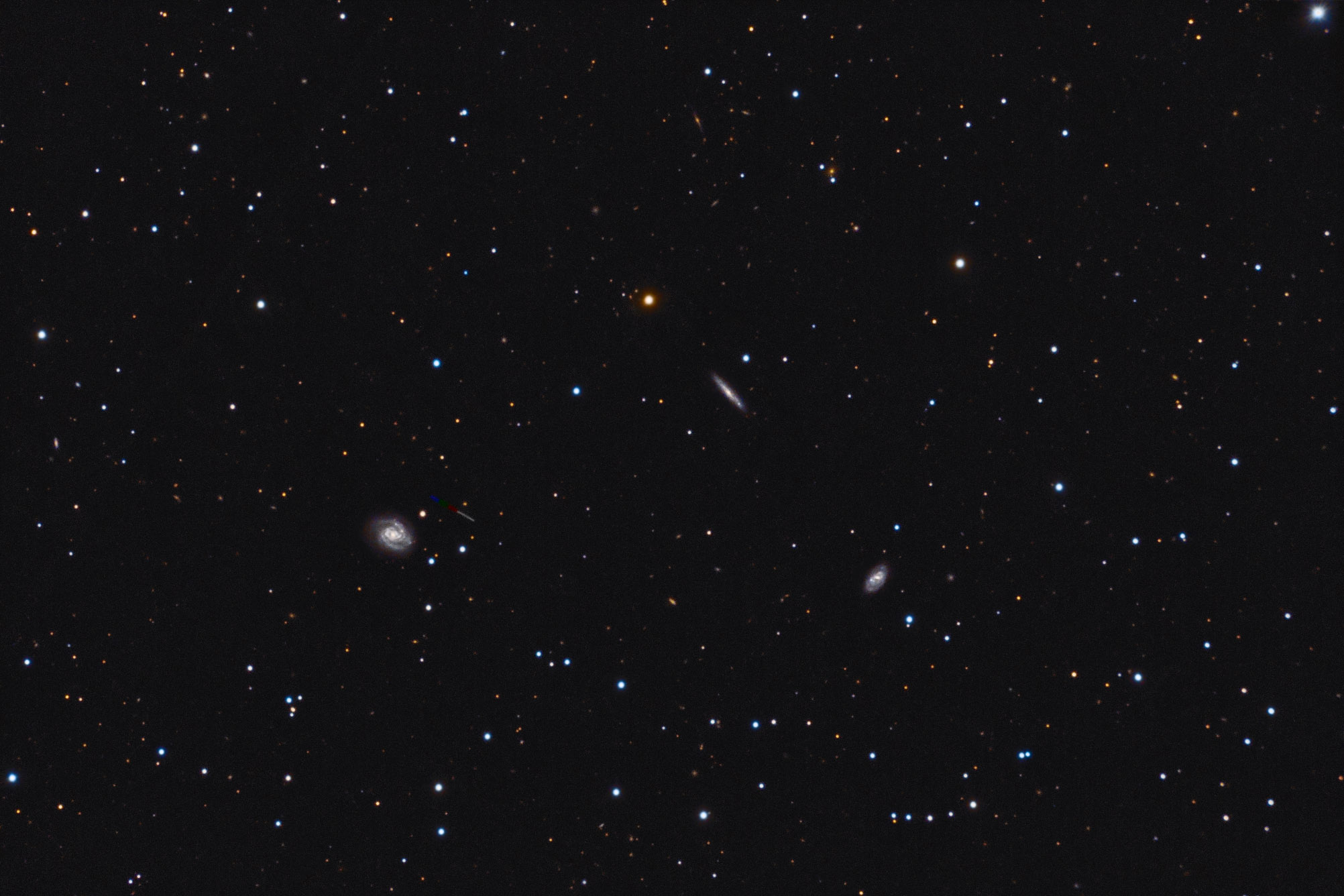 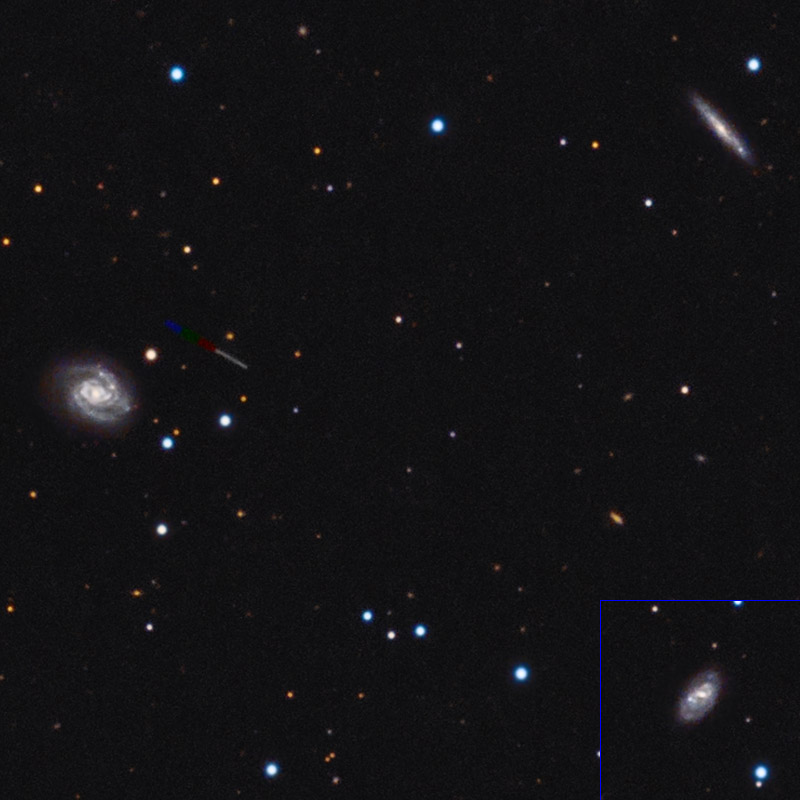 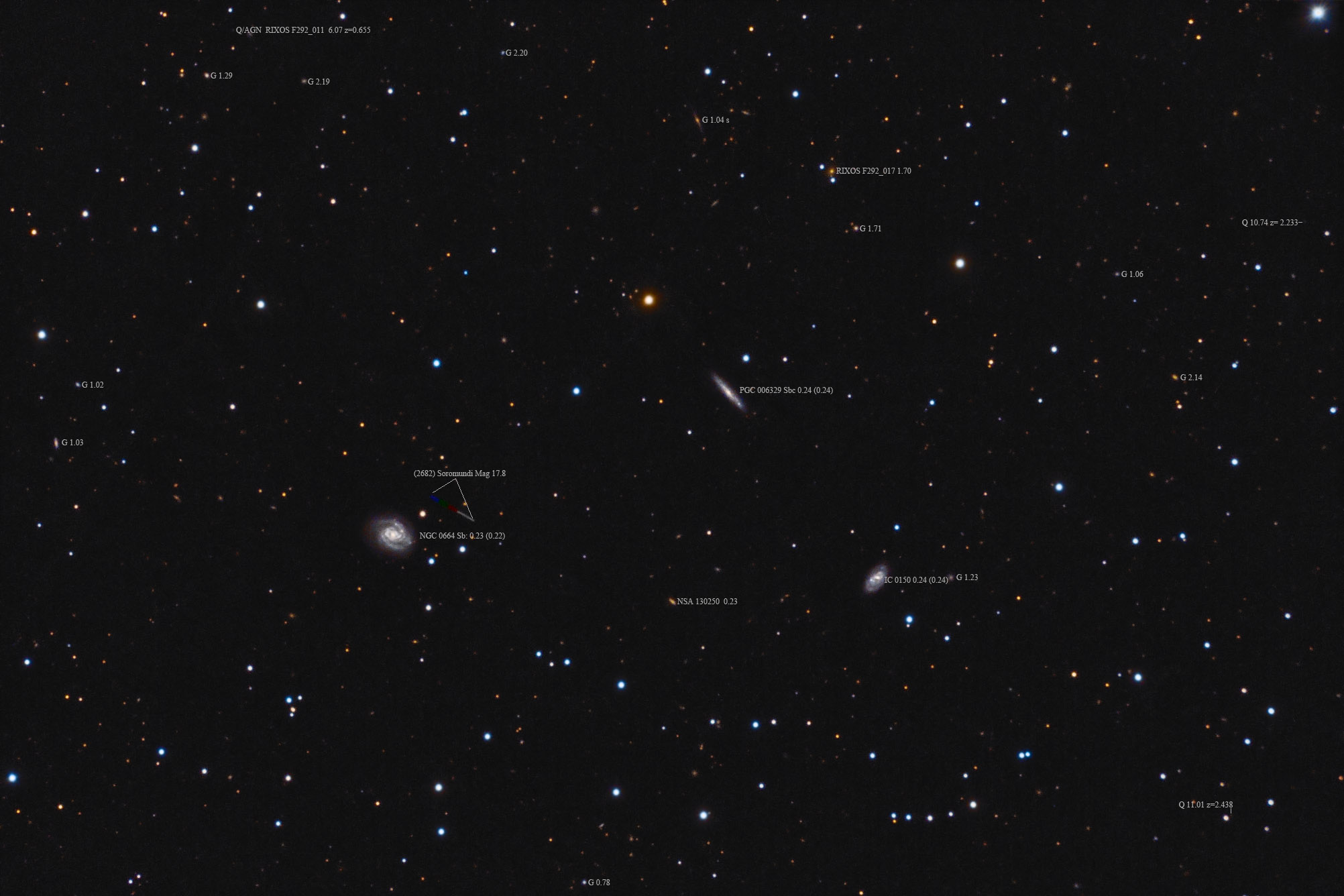