NGC 765 is a rather low surface brightness face on spiral once you get beyond the central region. It is located in northwestern Aries about 220 million light-years out. NED classifies it as SAB(rs)bc. The NGC project says it is as SBb/Sc spiral whatever that is trying to say while Seligman says SBbc. While catalogs say it is about 4.5 minutes across, I get 6 minutes in my image using the ends of the two faintest arms. That makes it a super gigantic spiral at over 250,000 light-years across. It was discovered on October 8, 1864 by Albert Marth and was listed as #52 in his catalog.

It is in a pretty lonely region of space, at least as far as my image is concerned. Only NGC 765a has a similar redshift distance and is a likely neighbor. It is barely in my image on the eastern edge. But then NED has a redshift value for only one other galaxy in the image. I\'ve again made an exception and labeled all galaxies listed at NED in the frame even though they are only positional names and without any distance data. That\'s only because there were few and far between but for a tight group toward the top somewhat right of centerline. With no redshift, I can\'t say if they are related or not. NED shows no group in this area.

With lower than normal transparency I found time to get 6 luminance frames over two nights and was planning more but lousy skies managed to change my plans. The additional frames never happened. You\'ll have to look close to see the full extent of the arms due to my limited skies and exposure time. 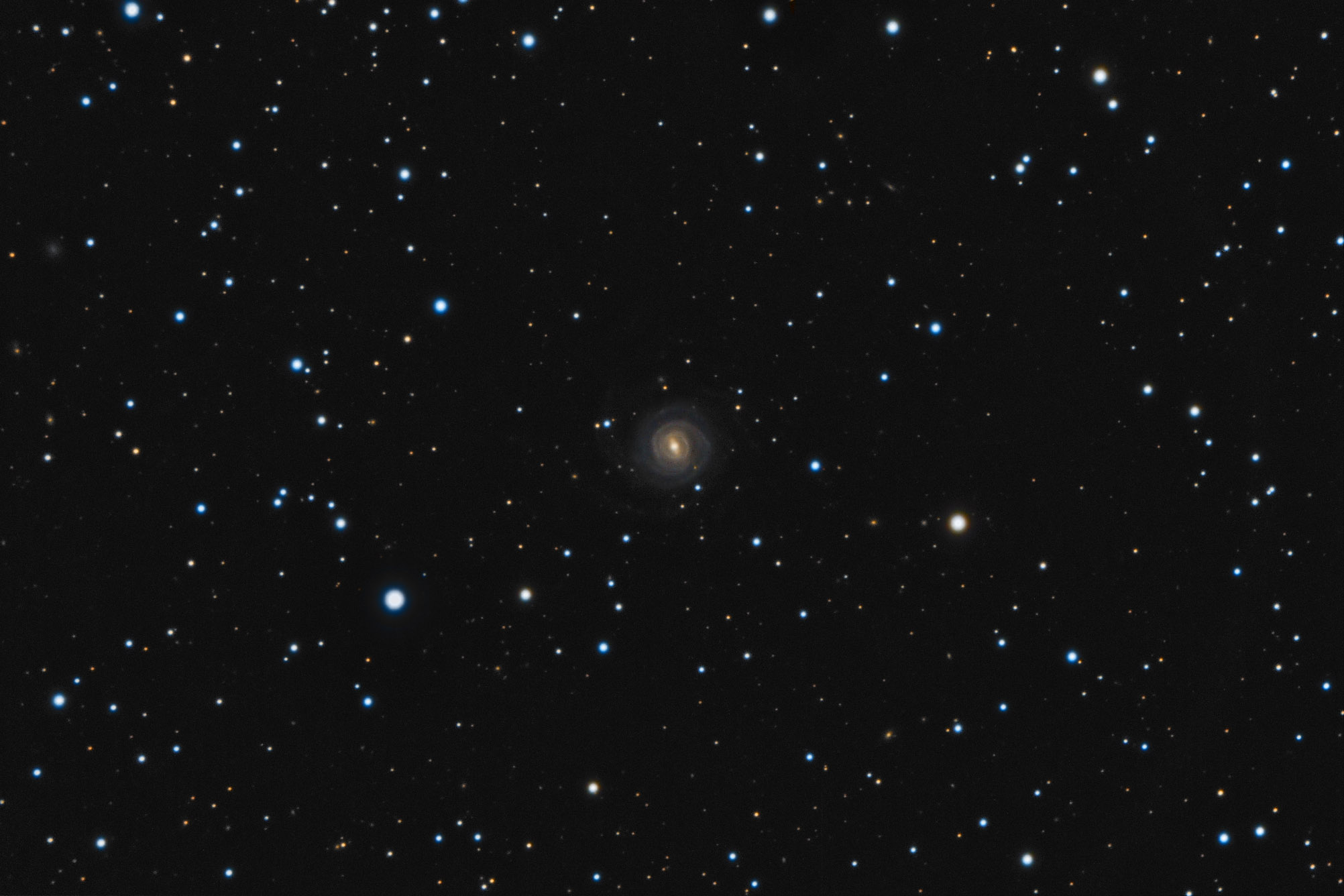 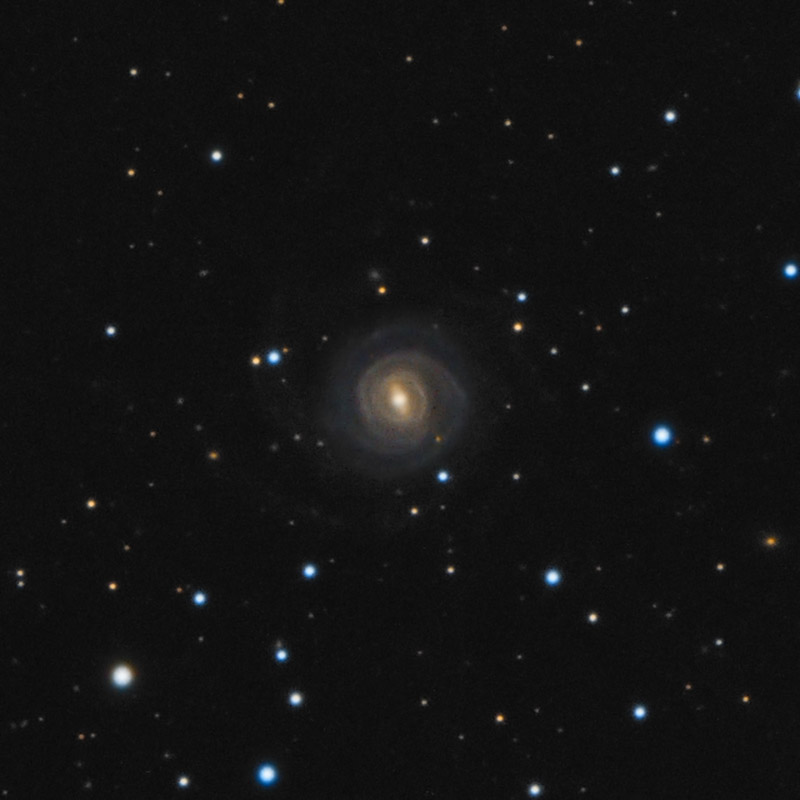