NGC 959 is a spiral galaxy in Triangulum. Its distance is an unknown, at least to any degree of accuracy. Redshift puts it at only 17 million light-years. This does rather closely agree to the redshift of NGC 925 that it is considered related to and I imaged back in 2009 http://www.spacebanter.com/attachment.php?attachmentid=3053&d=1280601739 . Non-redshift distance estimates put it 33 to 56 million light-years. When I wrote up NGC 925 I had a similar distance problem finally deciding on 30 million light-years. In this case, we have an HST image of the galaxy -- http://upload.wikimedia.org/wikipedia/commons/6/65/NGC_959_-HST09042_14-R814GB435.png . Based on the resolution in that image I\'d estimate it a bit further. I\'m going to disagree with my earlier estimate and guess it to be 40 million light-years. That would put it\'s size at about 27,000 light-years across. NED classes it as Sdm: while the NGC project disagrees saying Sc/I. I\'m not sure how an Sc spiral can also be irregular but that\'s what they say. The size I get is reasonable for a Magellanic spiral or an irregular galaxy.

The galaxy was discovered by Édouard Jean-Marie Stephan in 1876. NED has little information on the rest of the field. The only other galaxy with any data is the spiral MCG +06-06-053 directly east of NGC 959. Redshift puts it at 590 million light-years. It has a faint plume to the south. It is a far larger galaxy. Ignoring the plume it is 85,000 light-years across and with the plume, it is 140,000 light-years across. A respectable spiral either way. 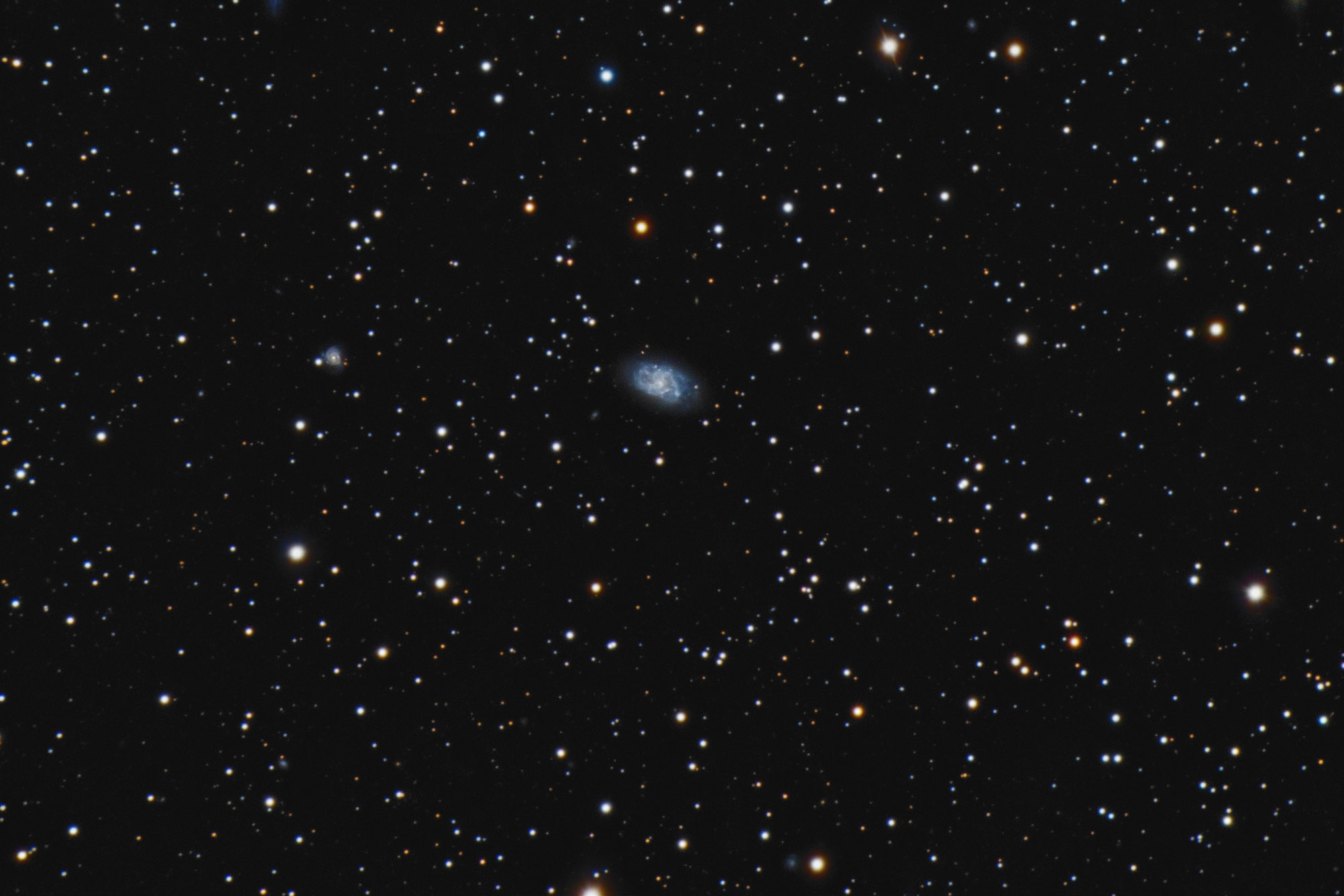 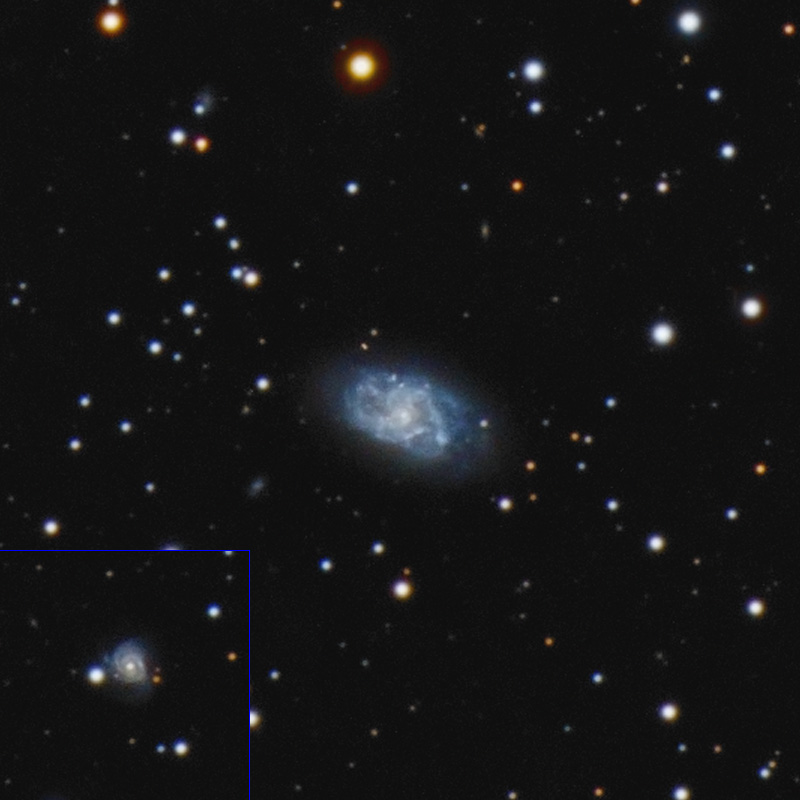