This image shows an interesting group of galaxies centered on NGC 973. Located in the constellation of Triangulum. NGC 973 is about 200 million light-years away. It is an interesting edge-on spiral with a very well defined dark lane. Below it is IC1815 also at 200 million light years. It is a barred spiral. Since its arms are only an undefined disk with no dark lanes or new stars to define them, just a disk of old stars, it is classed as an SB0 galaxy, the zero referring to the lack of spiral arms, just a disk of old stars. Unlike NGC 973 it is seen nearly face on though most images of this group fail to show the large area of old stars I picked up making the galaxy look quite different. I can\'t tell if this is a disk or a huge halo of stars. In any case, it is likely the result of a collision in the distant past with another galaxy in this group. For an example of how this galaxy is normally imaged see the Kitt Peak image at:
https://www.noao.edu/kpvc/observers/n973.html
Note the above image has south up and mirror-reversed so is upside down and backward from my image below. The link to a larger image was broken when I last tried it.

Beside IC 1815 is another edge on LEDA 213027 also at 200 million light years. Below it is a galaxy I can\'t find anything on, 2MASX502342688+3224339ID. I have no redshift data on it so can\'t calculate its distance. Far to the right, in my image is another spiral galaxy PGC 9751. While it appears much like the others it is 400 million light-years away, twice the distance to the others. There are a lot of other galaxies in the image, a couple also carry 2MAX number, the rest have no catalog number that I can find. In any case, I have no information on any of them other than their positions in our sky. 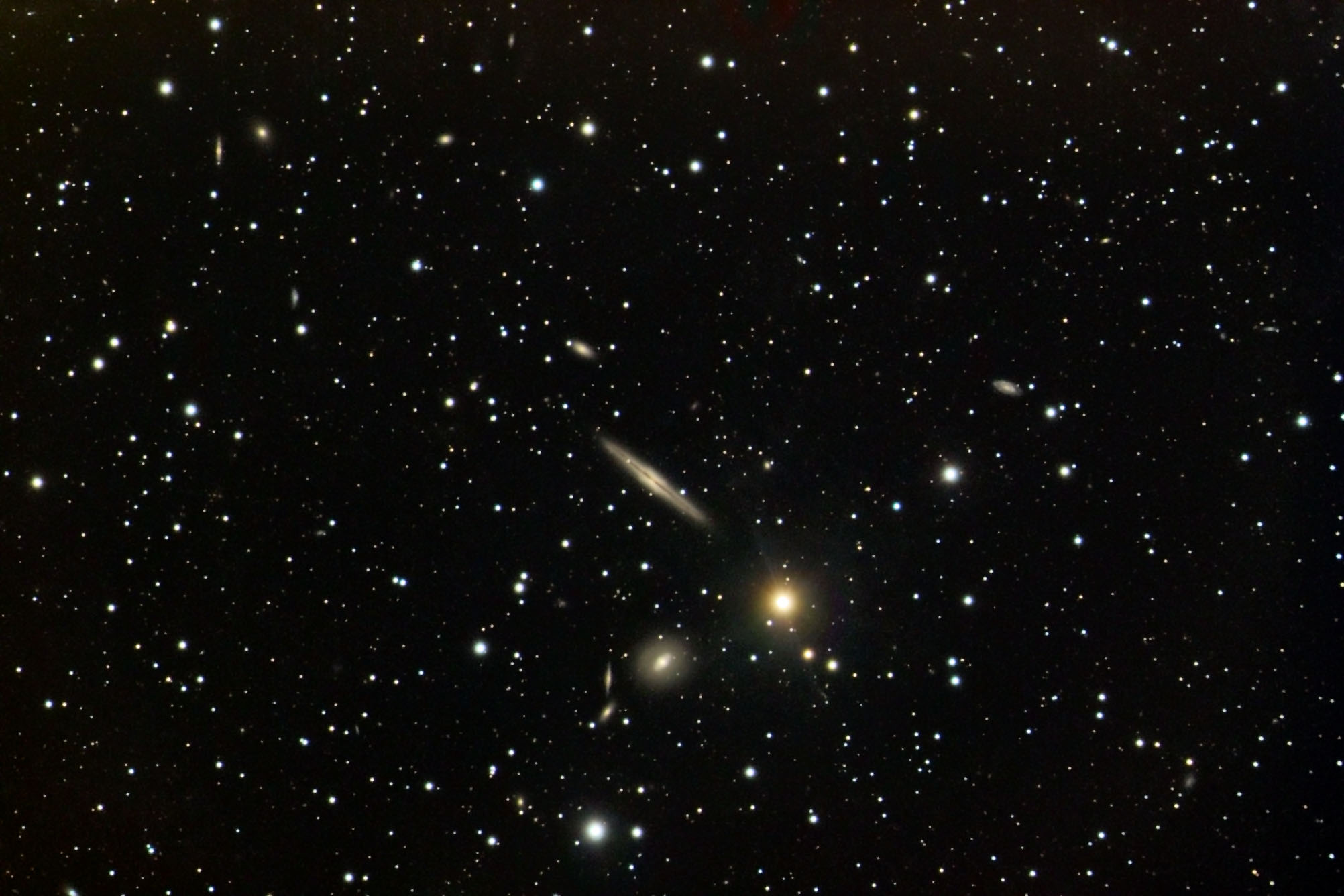