NGC 1073 is a nearby barred spiral in Cetus about 1.4 degrees north of M77. It is about 45 to 50 million light-years distant as best as I could determine. Redshift gives the shorter distance and the one Tully Fisher measurement I found gives the longer estimate. It is classed as SB(rs)c by NED and SBc II by the NGC Project.

NGC 1073 reminds me of Arp 38. Both have a curl of stars on a spiral arm. Arp took the one in Arp 38 for a separate galaxy. Even though this one is very similar he didn\'t include it. Likely because this one is close enough to better resolve the curl and see it isn\'t a galaxy. Still shouldn\'t that have been a tip-off that the curl in Arp 38 may be the same thing? NGC 1073 was discovered by William Herschel on October 9, 1785. It is in the second H400 observing program.

It is close enough that its brighter stars can be easily resolved by the Hubble Space Telescope. They have covered it in a press release. I\'ll save my fingers and let you read about the galaxy at http://www.spacetelescope.org/news/heic1202/ . For some reason, the HII regions are left uncolored in the HST image rather than pink as they should be in a true color image. Apparently, their image is not true color though it does seem to get the stars and bar reasonably correct.

The article points out three quasars seen right through the galaxy. NED shows a fourth even closer to the core. Problem is I think this might be an error. It is listed about the same brightness as the other three yet I can\'t find it in my image, the Sloan image nor the HST image which goes much fainter. I don\'t know if the press release missed it, skipped it because it is too faint for even their scope or it doesn\'t exist. The last seems most likely to me.

There are other quasars in the area. Most are just out of my field of view to the south. Most of the Sloan data at NED covers only the very bottom of my image but for the quasars. The other sources that do cover the rest of the image don\'t seem to have any redshift data for the galaxies, only the quasars. So the annotated image is a bit skimpy. Except for the two asteroids, one hard to find as it is nearly 21st magnitude, I probably wouldn\'t have prepared one. The \"bright\" 17.9 magnitude asteroid at the bottom right is (37563) 1988 SG2. The other at an estimated (by the Minor Planet Center) 20.8 magnitude is 2011 TY9. It has no number because it has yet to complete an orbit since its discovery last year. According to the Minor Planet Center, the first observation of it was September 24.48 2011. My image was taken September 25.29 (start). Only one day later. It was observed by Pan-STARRS1 atop Haleakala on Maui. I almost beat them (well I didn\'t look at the frames until July 2012). 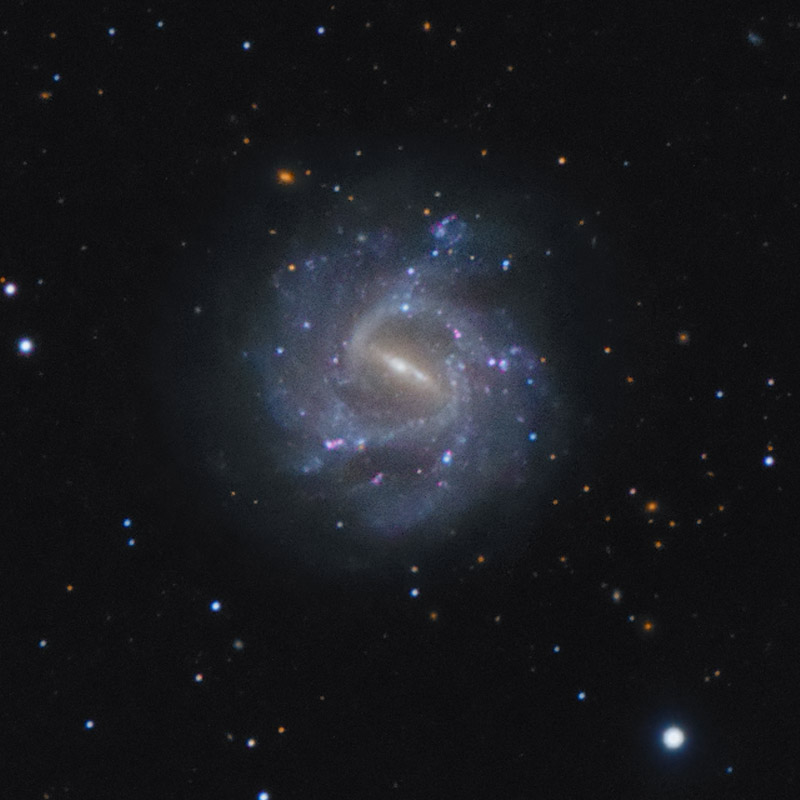 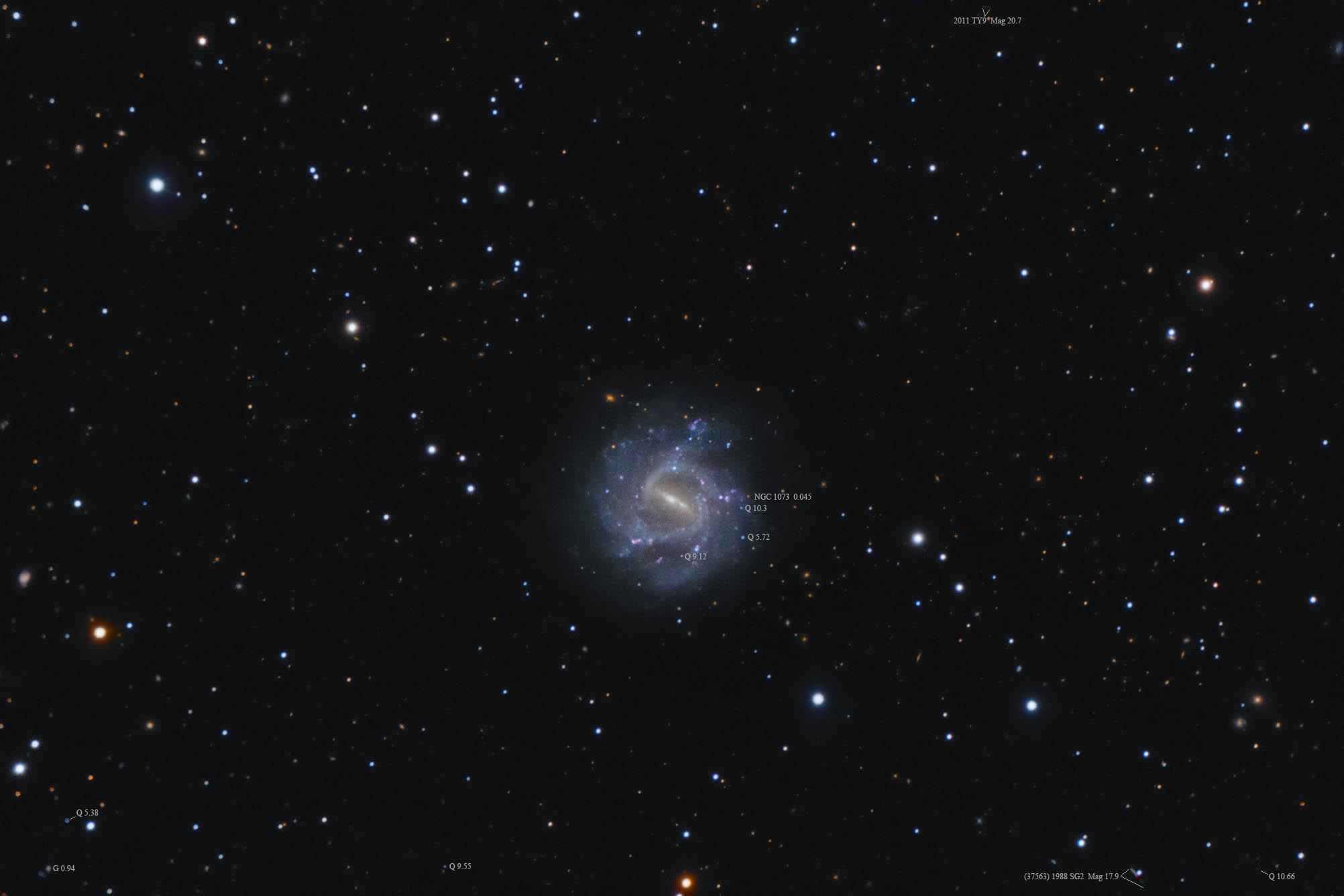 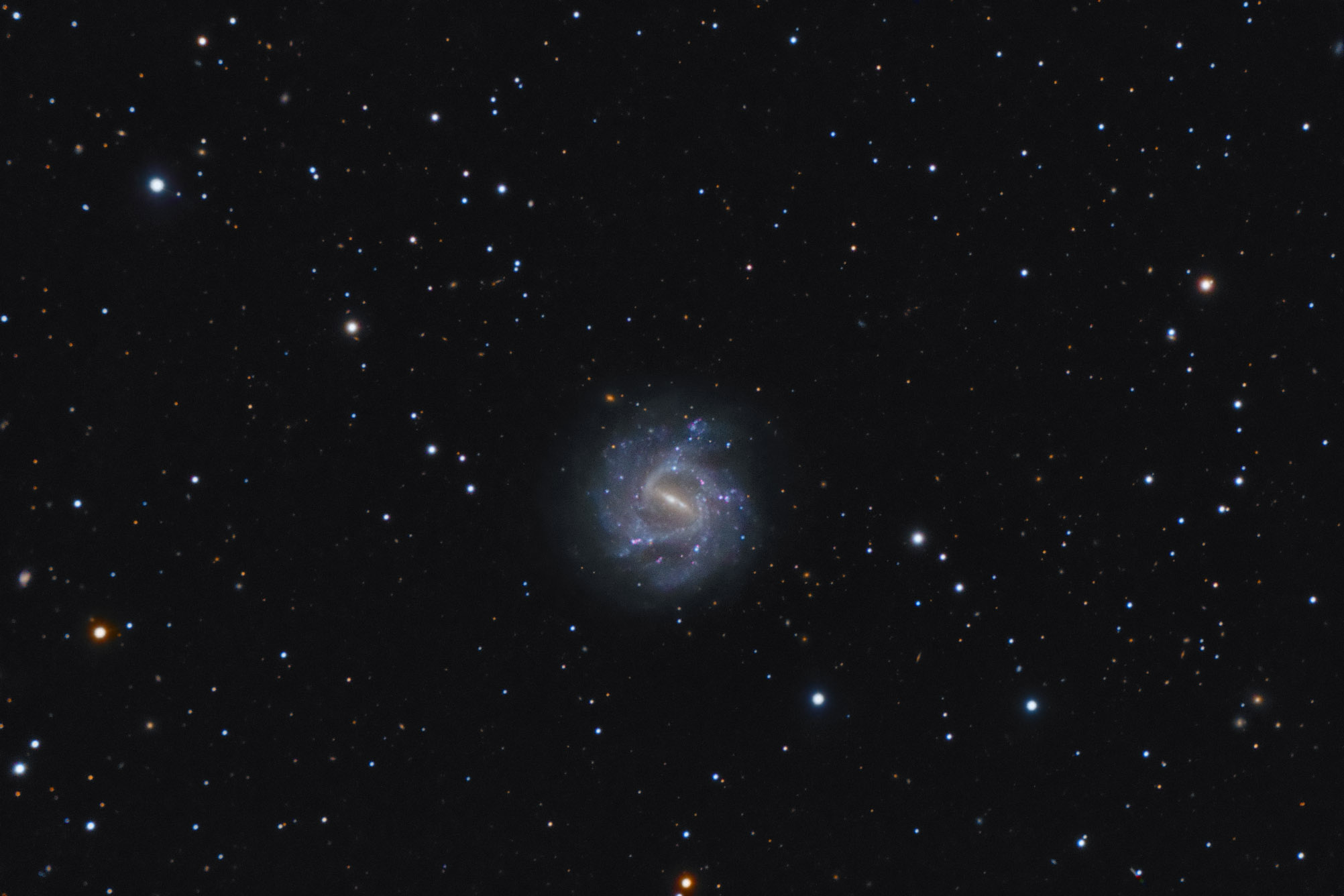