NGC 1207 is a nice face on spiral in Perseus. It made my list for two reasons. First of all, it is a bit odd in shape with two odd arms that, at first glance, come from two cores. The two cores is an illusion as one is just a field star. The other reason for making my list is it is one of the second Herschel 400 objects. While I\'m far from done with the first list I am also picking up an occasional object from the second list when it is otherwise interesting as in this case. William Herschel discovered it in 1786. The galaxy is about 210 million light-years distant. NED classifies it as SA(rs)b while the NGC project says simply Sb. I see a faint orange bar going nearly north-south from the core to the ring. Apparently, it doesn\'t meet the requirements of a true bar. Edit: I see Seligman classifies it as SAB(rs)bc? so he sees a bar. William Herschel discovered it on October 18, 1786.

It has a companion, also about 210 million light-years away to the west, CGCG 524-054. While it appears to be a spiral it isn\'t classified at NED. Also, it has a strange dark lane cutting across the southwest part of the disk. Is it really part of the galaxy or a small dark cloud between us, possibly in our galaxy that creates this odd feature. The elongation of the core is another illusion. The eastern side is actually a star. My stretch has blended the core and the star into one feature. Where\'s good seeing gone to?

Like other galaxies I\'ve processed of late, this one is in an area little studied for its galaxies. While NED lists about 18 galaxies in my field from the 2MASS survey, not one has distance nor even magnitude data so, again, no annotated image. 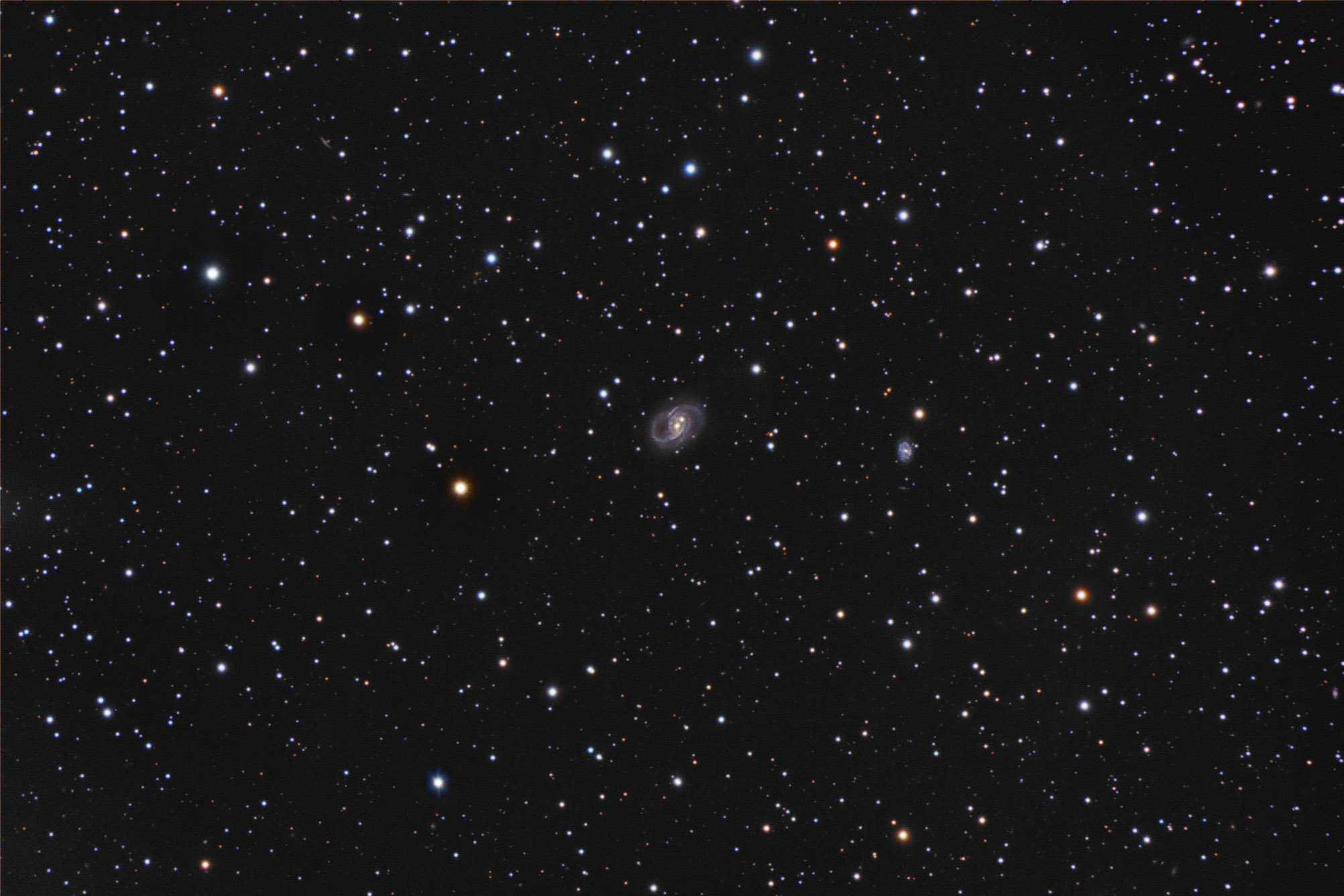 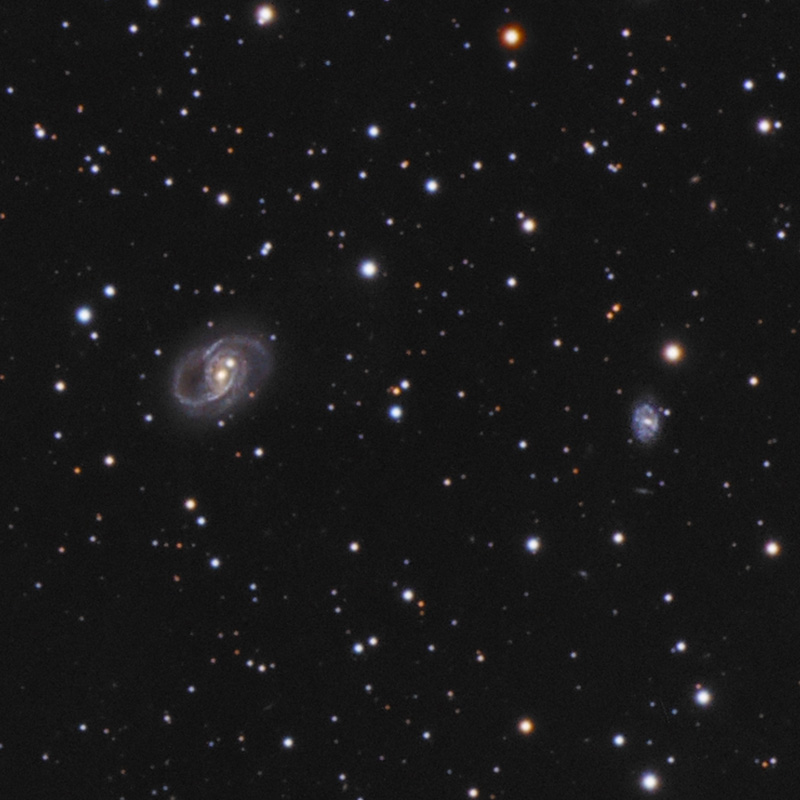