NGC 1245 is a Trumpler class III1r open cluster in Perseus. This cluster is a lot farther away than M34 in the last update. WEBDA puts it at 9,400 light-years distant. Other sources say it is about 8000 light years distant. At this distance, only the massive stars are easily seen. Since massive stars burn blue hot we see lots of them in this cluster. So what about the orange stars? Those are even bigger stars that have already used up their hydrogen and are now burning helium. This turns them into red supergiant stars. Oddly \"red\" stars are really an orange color in most cases. Orange stars tend to look yellow and yellow stars like the sun look white. Confusing isn\'t it. Problem is our eyes. They\'ve evolved to see the sun\'s somewhat yellow light as white. Everything else shifts because of this. This is one reason astronomers use instruments rather than their eyes to \"see\" what is really going on. I found a rather wide range of ages for this cluster. WEBDA says it is half a billion years old. They say it is reddened by 0.3 magnitudes indicating rather less dust than normal between us.

The cluster was first seen by William Herschel on December 11, 1786. It is in the original H400 observing program. I logged it with my 10\" f/5 at 80x on the fair night of September 10, 1985. My entry reads; \"Large, even, somewhat rich, open cluster. Stars seem randomly scattered with no condensation. Doubt if the stated 40 stars will be seen my most with a 6\" scope as claimed. I barely saw that many with my 10.\"

I had to put this one together from a rather odd group of images due to trying several times and getting clouded out. The color data is rather unbalanced with 2 red, 3 green and 5 blue frames used. Still, I think I have the colors about right. Reproduced at 1.5\" of arc per pixel. 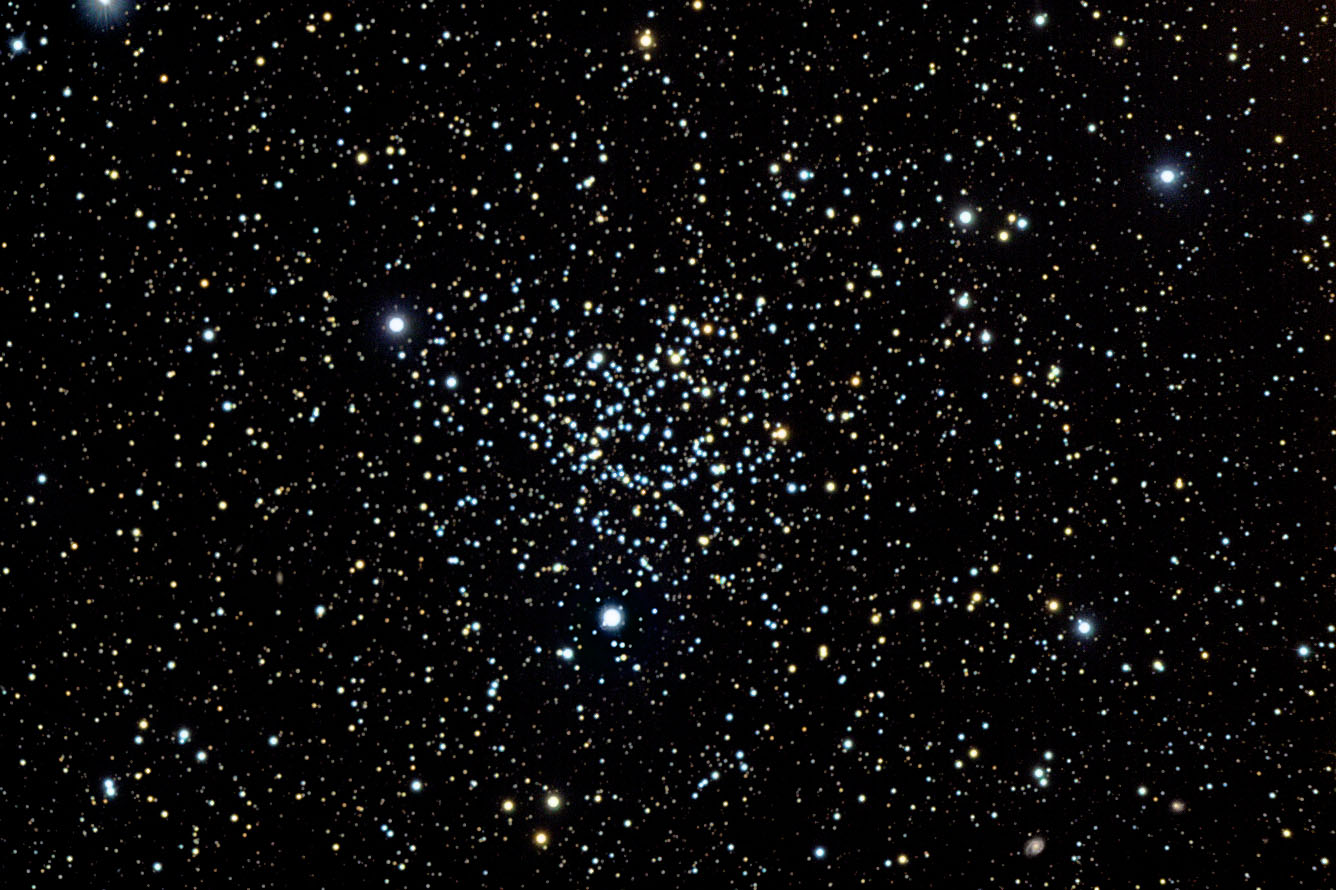