NGC 1334 is an odd galaxy in Perseus about 180 to 190 million light-years from us. That would make it about 80 thousand light-years in diameter. A rather substantial sized spiral galaxy. NED says it is S? pec: while the NGC Project is more sure saying S pec. What type of spiral neither is willing to say. One paper says it is a \"spiral with a bar.\" In any case, it was odd enough looking to make my list of peculiar galaxies Arp didn\'t include in his atlas. I find some indication it may be a starburst galaxy and it made several radio galaxy catalogs. Besides the obvious very non-symmetrical arm structure there appears to be a somewhat disconnected faint blob to the west (right) of the galaxy that lies between two stars, nearer the eastern one. This isn\'t listed in NED as a separate object nor does the size for NGC 1334 NED lists encompass it. I have no idea what it is. I see it in the SDSS image as well so it is real. I suppose it could be a tidal plume of some sort or it may be unrelated. There\'s no sign of any galaxy that has perturbed it but it could have devoured a small galaxy causing its disturbed appearance. I found nothing in the literature on this, however.

Only two other galaxies in the image have any redshift data at NED. CGCG 541-012 is the rather featureless disk galaxy to the northwest (upper right) which is simply listed as a spiral galaxy in NED is at about the same redshift as NGC 1334 and thus a likely member of the same local group. The only other galaxy with a redshift is the smaller appearing red disk galaxy to the southeast (lower left) of NGC 1334. It is NPM1G +41.0122 at about 250 million light-years. NED leaves its classification blank. While a few other galaxies are listed in NED there\'s not much on any of them, not even a magnitude estimate. This field is in the SDSS DB9 data release but that hasn\'t yet been published at NED. I imagine it will add a lot more information to this field when that happens. As I haven\'t found a way to overlay that data onto my image as I can the SDSS data in NED, I\'ve not tried slogging through it. I\'ll wait for NED to do the work for me. 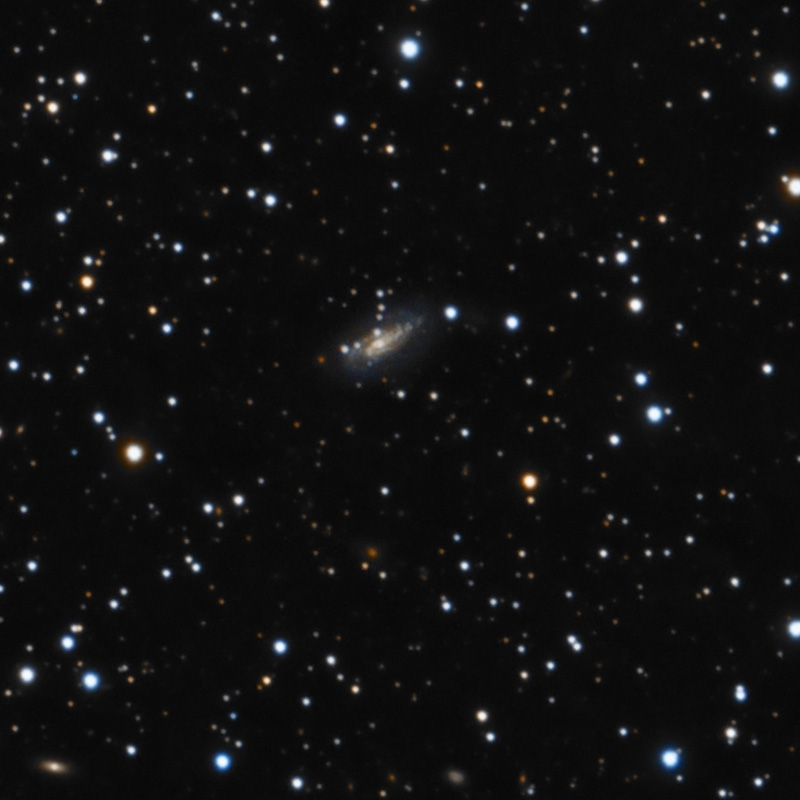 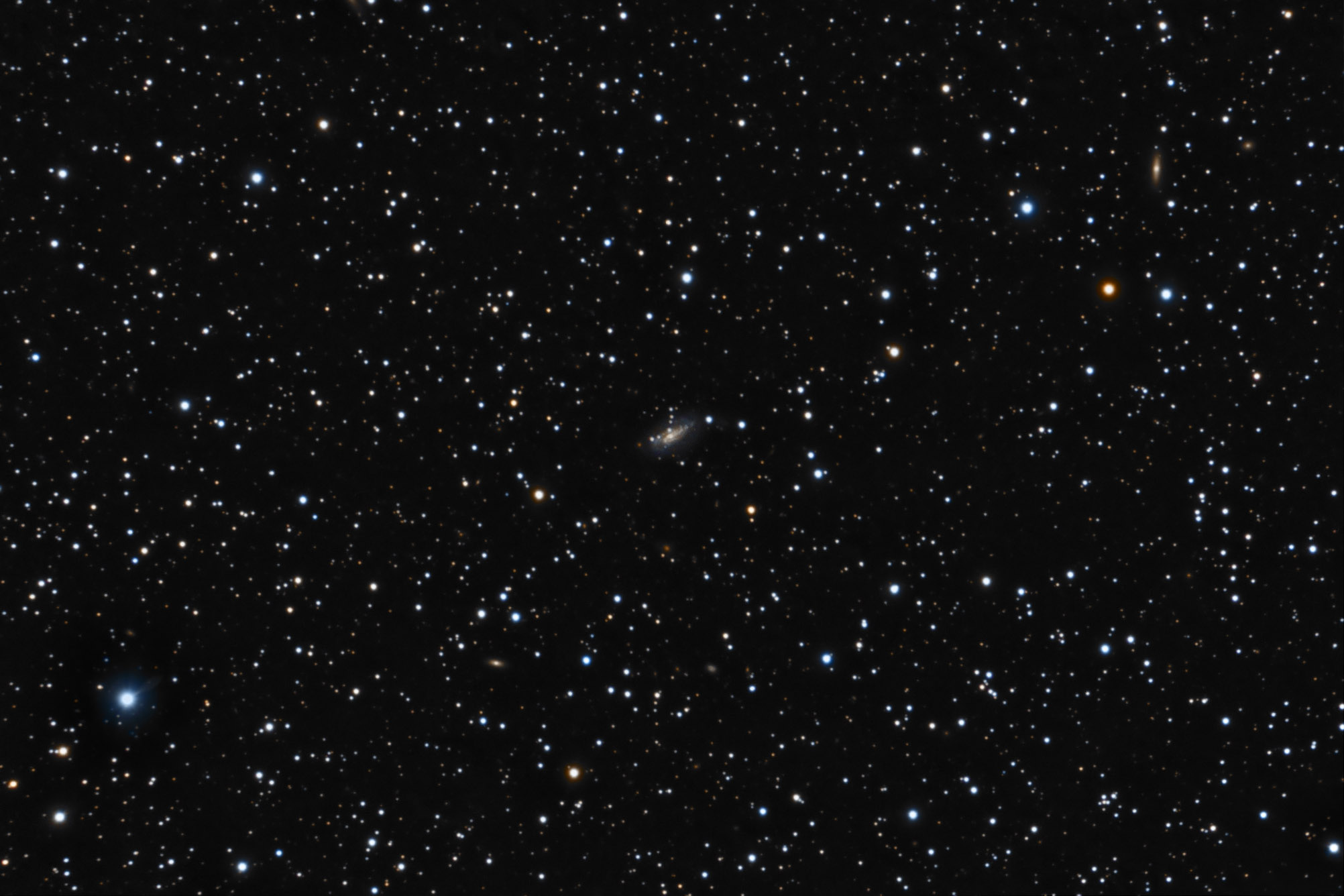