NGC 1343 is a barred spiral in far eastern Cassiopeia. So far east the very eastern end of it is in Camelopardalis. Non-redshift measurements place it about 30 million light-years distant while redshift, often unreliable close in says only 10 which I think highly inaccurate. NED and most others classify it as SAB(s)b: pec. I\'d expect a notation of its inner ring about the core but that\'s not included in any classification even though it is a major feature of this galaxy. Many barred spirals have a fine, usually very hard to detect ring like this formed from gas flowing into the core fed by the bar structure. In this case, the bar structure is faint and the ring extremely blue and obvious. Though many images I found of it overstretch the core to the point that the ring is lost. There is a galaxy on its northeastern edge, HFLLZOA I126 (Hau+Ferguson+Lahav+Lynden-Bell Zone of Avoidance Galaxies catalog). NED has no redshift or other distance data on it so I can\'t say if it is a true companion or not but there does appear to be a bridge of stars connecting the two. The CGPG mentions this saying: \"Bright neutral ring-shaped core. Large elliptical halo with plume [north-east].\" Notice no mention of the second galaxy. Or is this second galaxy just naturally elongated giving the impression of a bridge that isn\'t there? Either seems possible to my eye.

There\'s an interesting PDF file on one idea of how ring structures form in barred galaxies that uses this galaxy in the presentation. Since it appears to be a file used for graphics for the full presentation so a lot is missing but those into theoretical considerations of galaxy structures might find it interesting. How a possible companion galaxy with tidal plume would alter a ring isn\'t mentioned. https://science.nrao.edu/science/meetings/IAU303-GC2013/talks/IAU303-Kim_W.pdf

I find it interesting the ring is nearly perfectly round and thus seen face on while the rest of the galaxy is highly oval. The bar appears to extend faintly to widest parts of this low surface brightness oval. Is this disk tilted with the inner ring face on? While oval this outer disk gives me the impression of being seen face on. How the outer part becomes oval and the inter circular pr the disk tilted with the ring face on I don\'t know. Nothing I found covered this oddity.

Without any useful information on any of the other galaxies in the image, I didn\'t prepare an annotated image. 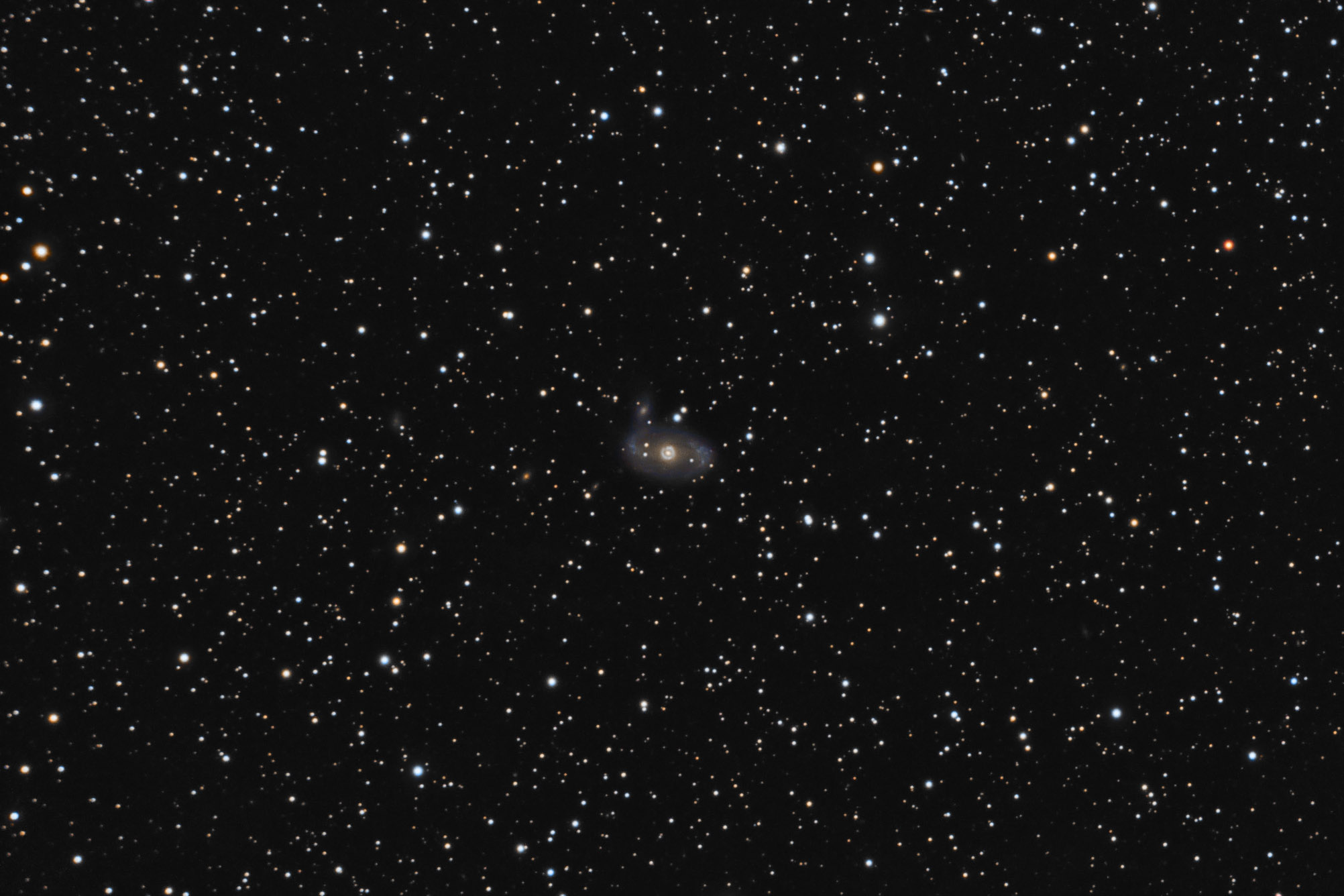 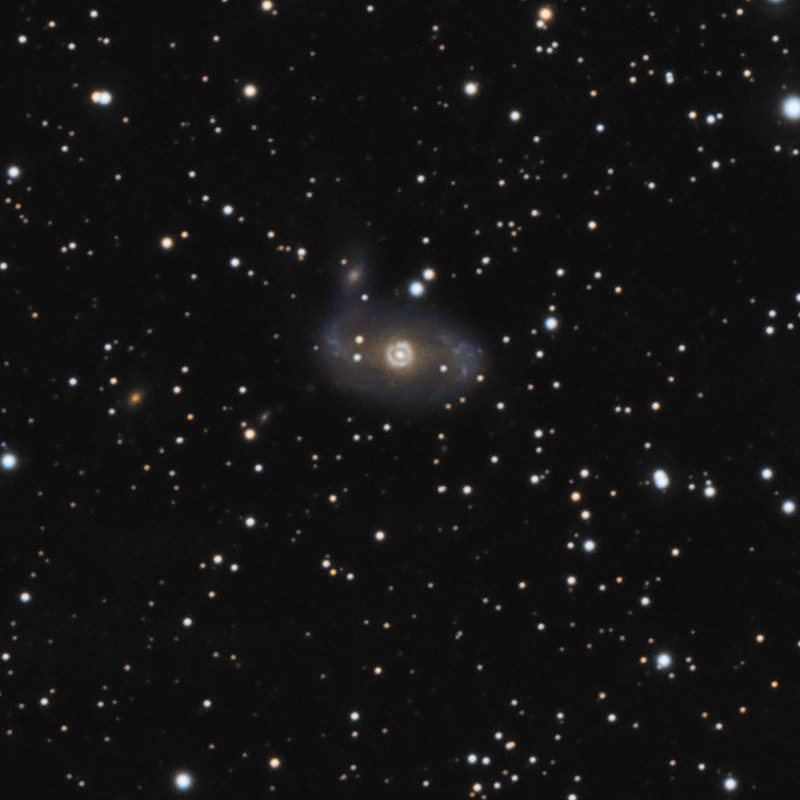