NGC 1346 is an interesting Lower-Luminosity InfraRed Galaxy (LLIRG) in Eridanus about 180 million light-years away. Some sources say it is a Seyfert 1 galaxy. NED classifies it as Sb Pec? while the NGC Project says only that it is a spiral. A spiral with interesting plumes. It has a companion with a very similar redshift, MCG -01-09-041. It is classified as Sa pec with spectral lines. It too seems highly distorted. It appears these two are an interacting pair. Transparency and seeing were poor when I took this in November 2012. Thus the plumes around NGC 1346 didn\'t show like I would have preferred them to.

The annotated image shows data only for the lower half of the image. NED\'s Sloan data stops just north of NGC 1346 and that\'s where most of the redshift data I use comes from. Sloan\'s DR9 does cover the full frame but that data isn\'t in NED as yet. Using Sloan\'s database isn\'t nearly as convenient so I only annotated the portion NED covers. It has a lot of UvES (ultraviolet excess sources) that are quasar candidates. All their redshifts are by photographic methods which aren\'t as reliable as full spectroscopic data used for many of the galaxies and all proven quasars in the image.

Due to very poor conditions, the galaxies in the galaxy clusters just didn\'t come through like I\'d have expected. Bad conditions is a broken record for much of 2012 and all of 2013 so far. While I used 5 luminance subs they are through very bright skies of low transparency costing me at least two magnitudes and adding noise. Airglow was severe as well as there was a low-level aurora adding to the problems. 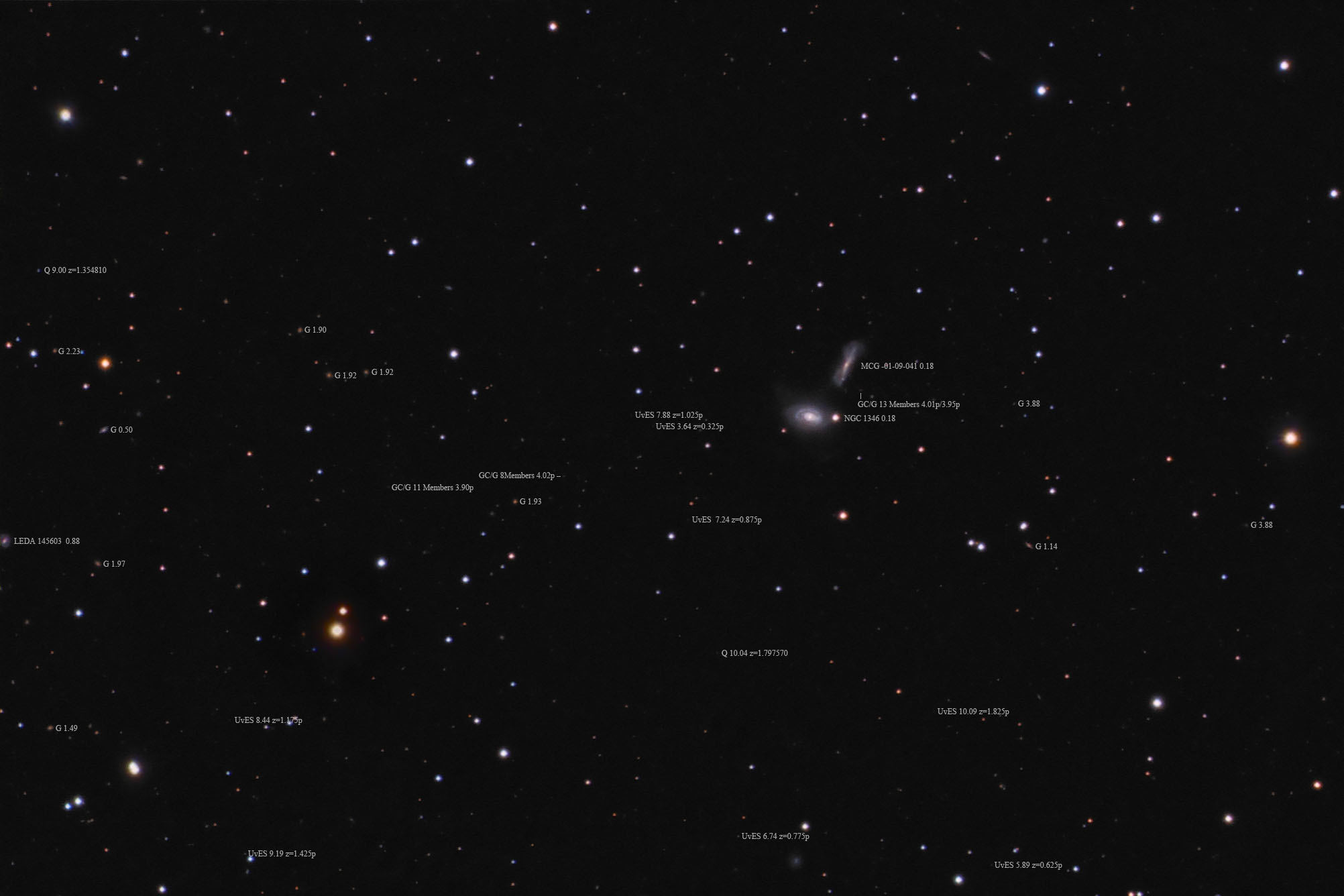 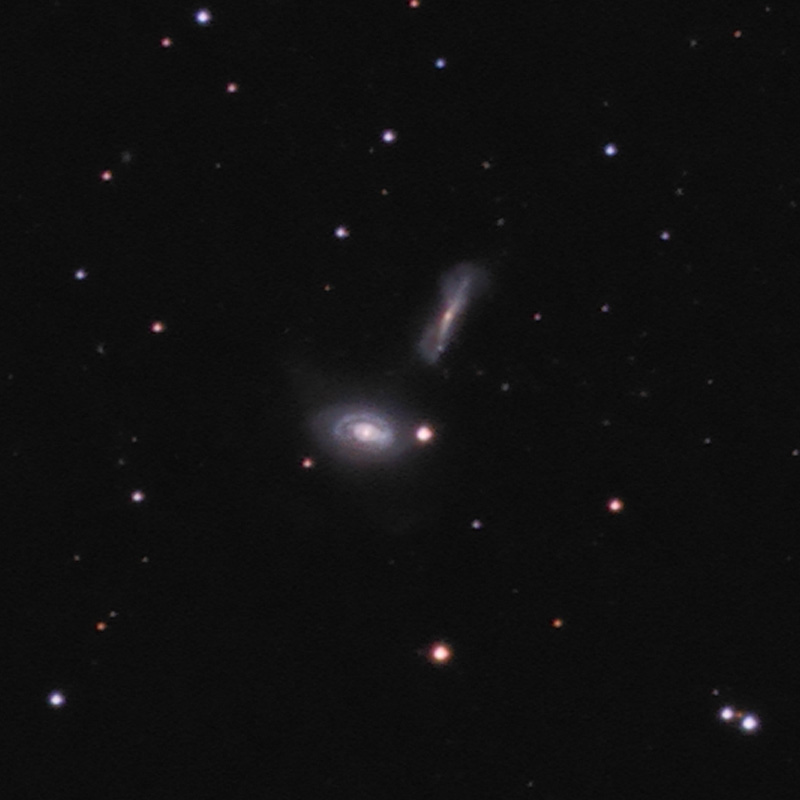