This field is located in northern Eridanus. It consists of 3 NGC galaxies and one IC galaxy. Various sources group them differently. Some consider the two center ones as a pair, others include either the far eastern or western one to make a triple and yet others say this is all part of one small group that includes members outside my field. All agree there\'s no interaction between any of them. By redshift, the two center ones, NGC 1417 and NGC 1418 are related while the two outside ones, IC 344 and NGC 1424, are related. If your use Tully-Fisher distance measurements then NGC 1417 doesn\'t belong to the other three. To my eye, I have better resolution of NGC 1417 than the other three indicating it is closer. Thus I\'m leaning that way though none of the sources I looked at group them that way. But what do I know?

NGC 1417 is a SAB(rs)b) in all sources I checked. It was discovered by William Herschel on October 5, 1785 but is neither of the Herschel observing lists.

NGC 1418 is listed as SB(s)b? by all sources (some use the colon to indicate uncertainty rather than the question mark). It was discovered by William Herschel the same night as NGC 1417 and isn\'t in either Herschel observing list.

NGC 1424 is shown as an SAB(rs)b: galaxy in NED and SAB(rs)b? pec by Seligman and others. It was discovered by Bindon Stoney on December 8, 1850 after being missed by the Herschels. Bindon Blood Stoney was an assistant to the Earl of Rosse and made many of the discoveries often attributed to the Earl.

The only other object in the field is a rather distant galaxy known only by its 1950 or 2000 coordinates depending on which catalog you use. Normally I don\'t list this except with the label of \"G\" for galaxy but since there\'s nothing else with redshift data in the field I had room to include the full name.

Due to conditions, I was able to get only one green image. This didn\'t hurt the color balance to any significant extent. I never tried to get the missing frame since there was no satellite trail in the frame I did capture. The ability to easily remove satellite trails is the main reason I use 2 for each color as one is almost always sufficient. 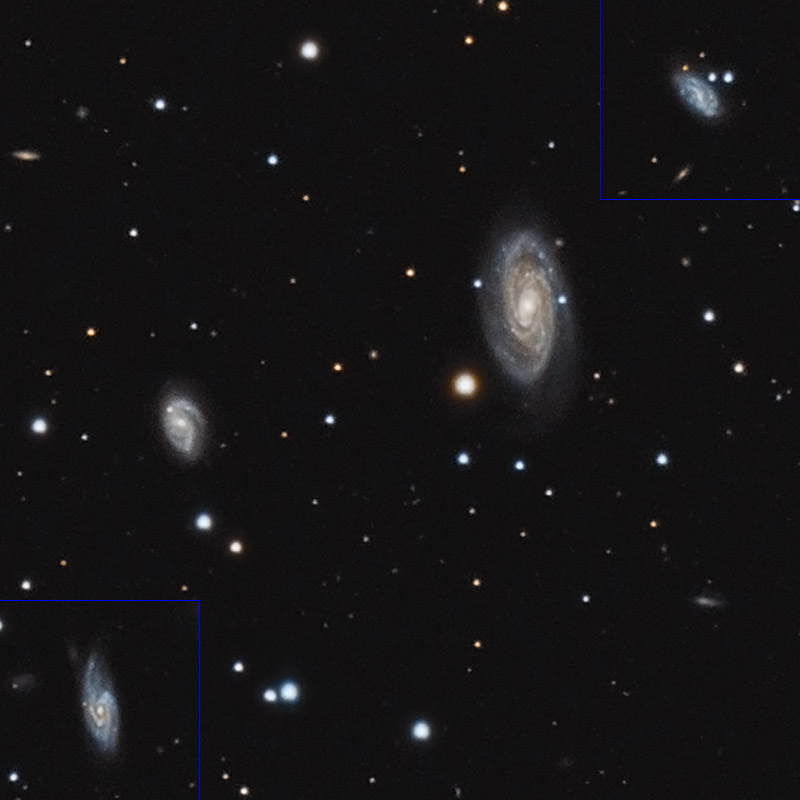 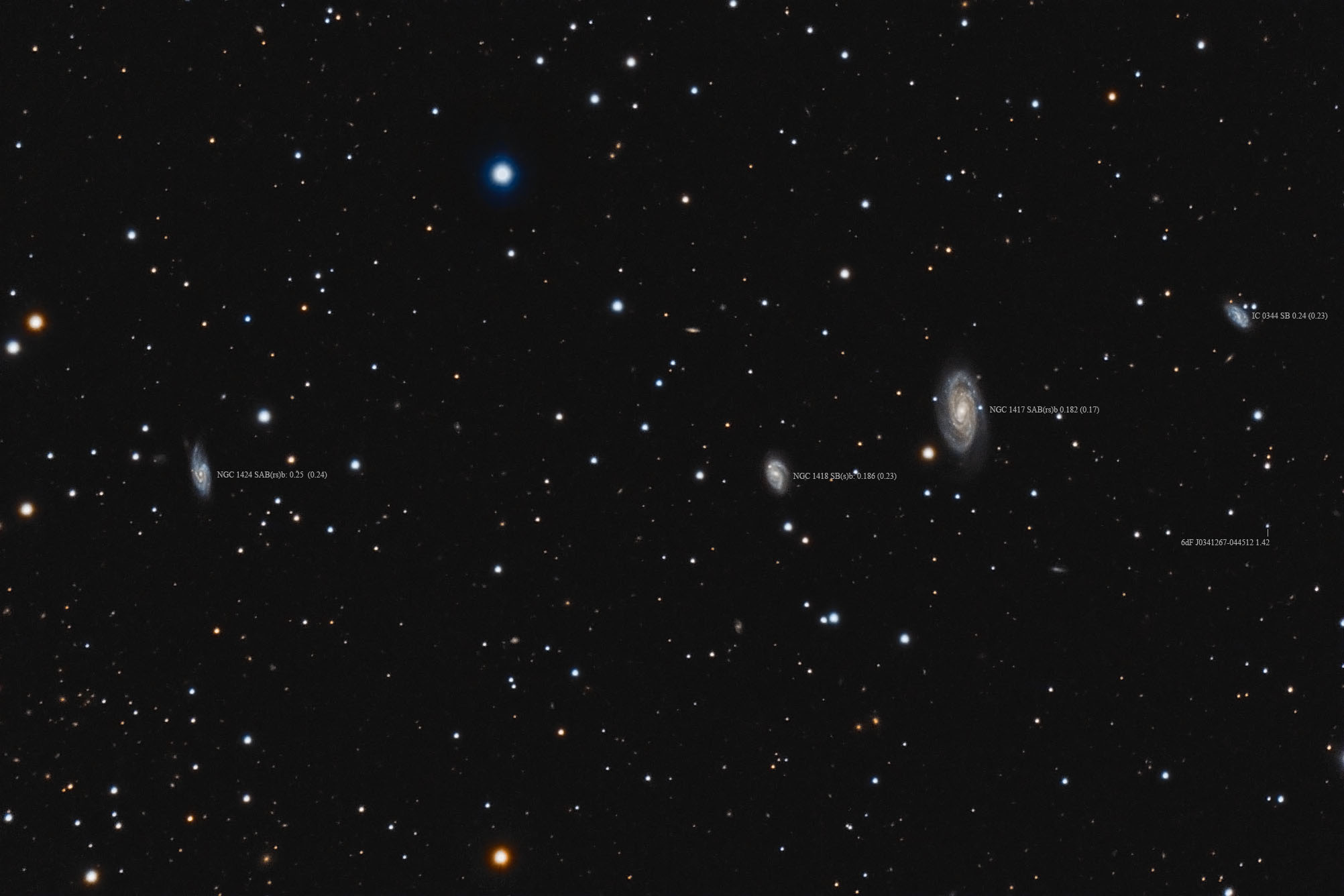 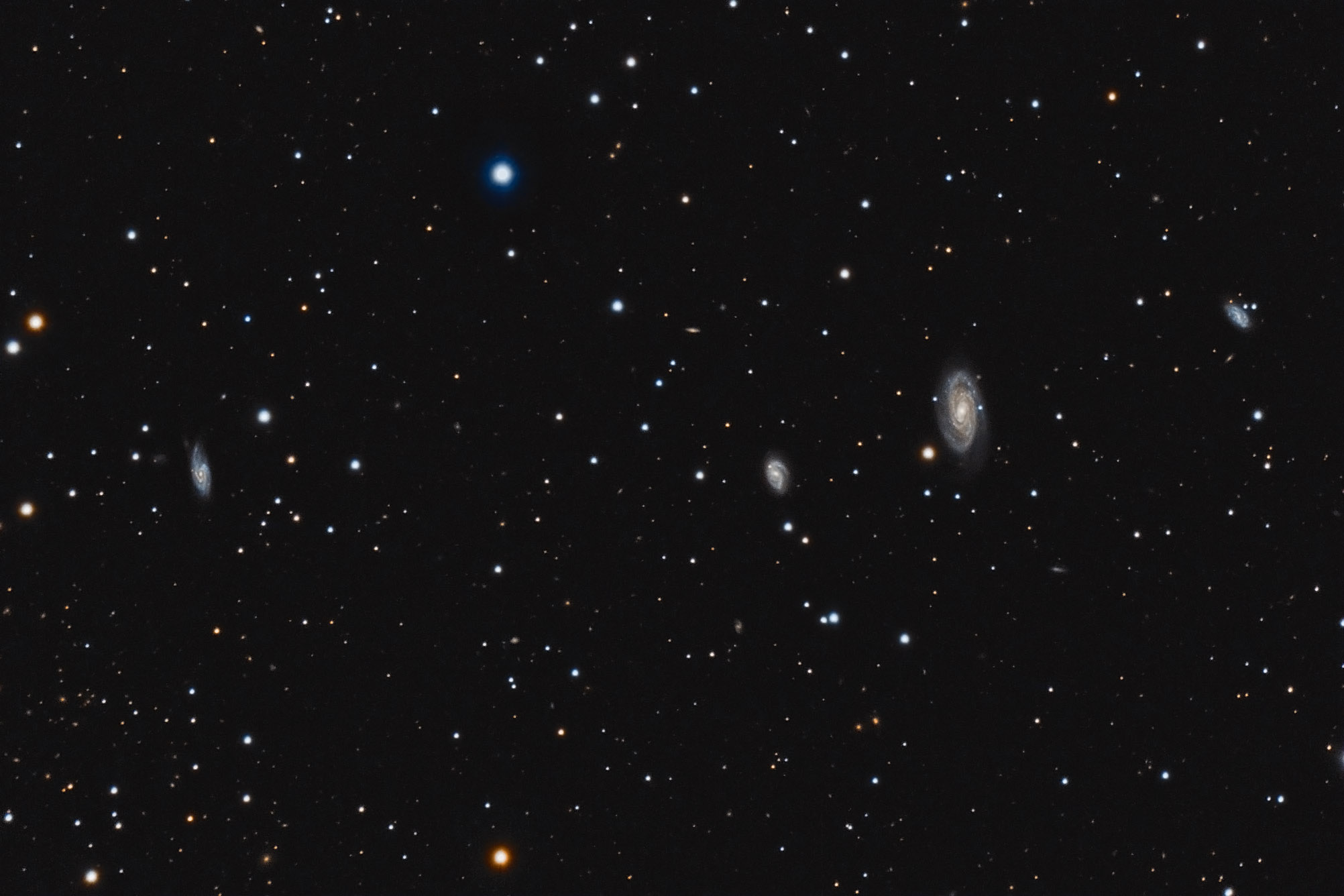