NGC 1421 is a strange near edge on galaxy in northern Eridanus about 90 million light-years distant by redshift and 83 by Tully-Fisher measurement. It has high surface brightness distorted arms in an otherwise low surface brightness disk. It\'s been on my to-do list for years but being so far south (-13.5 degrees) seeing never was up to the task until this October night. NED classifies it as SAB(rs)bc: with HII. Its redshift moves the H alpha emission well out of my passband and I was unable to pick it up this low with RGB filters. The NGC Project classifies it as Sb+ I: while Seligman agrees with NED. But he mentions that de Vaucouleurs uses it as an example of an SB(s)c galaxy. No two papers I looked at seemed to agree on its classification. One admitted, \"Classification is difficult.\" Yet another said it was simply Sc (no bar).

I measure the distance from the core to the southern edge of the galaxy at 131\" while the north segment is only 95\". This makes for a rather lopsided galaxy. Though this is partly offset by the odd third arm that curves outside the normal oval to the northwest. There seems to be some debate on the nature of this odd blob. NED considers it part of the galaxy but one note at NED has this comment: \"Its dwarf companion S2 could easily be mistaken for a background galaxy, except for its two HSB nuclear H II regions.\" It appears to be talking of this blob as it does contain two High surface brightness regions and I find nothing else the comment could be about. Still, I think its part of the galaxy. By my measurement, NGC 1421 is almost 100,000 light-years in size.

The galaxy was discovered by William Herschel on February 1, 1785. It is in the second Herschel 400 observation program run by the Astronomical League.

While NED lists over 150 galaxies in the image none but NGC 1421 have redshift data. With nothing worth annotating no annotated image was prepared. For some unknown reason when I centered the galaxy I had a bad ghost reflection. I had to move it off-center to get rid of it. Nothing bright is in the area so I\'m puzzled by the source of the reflection. 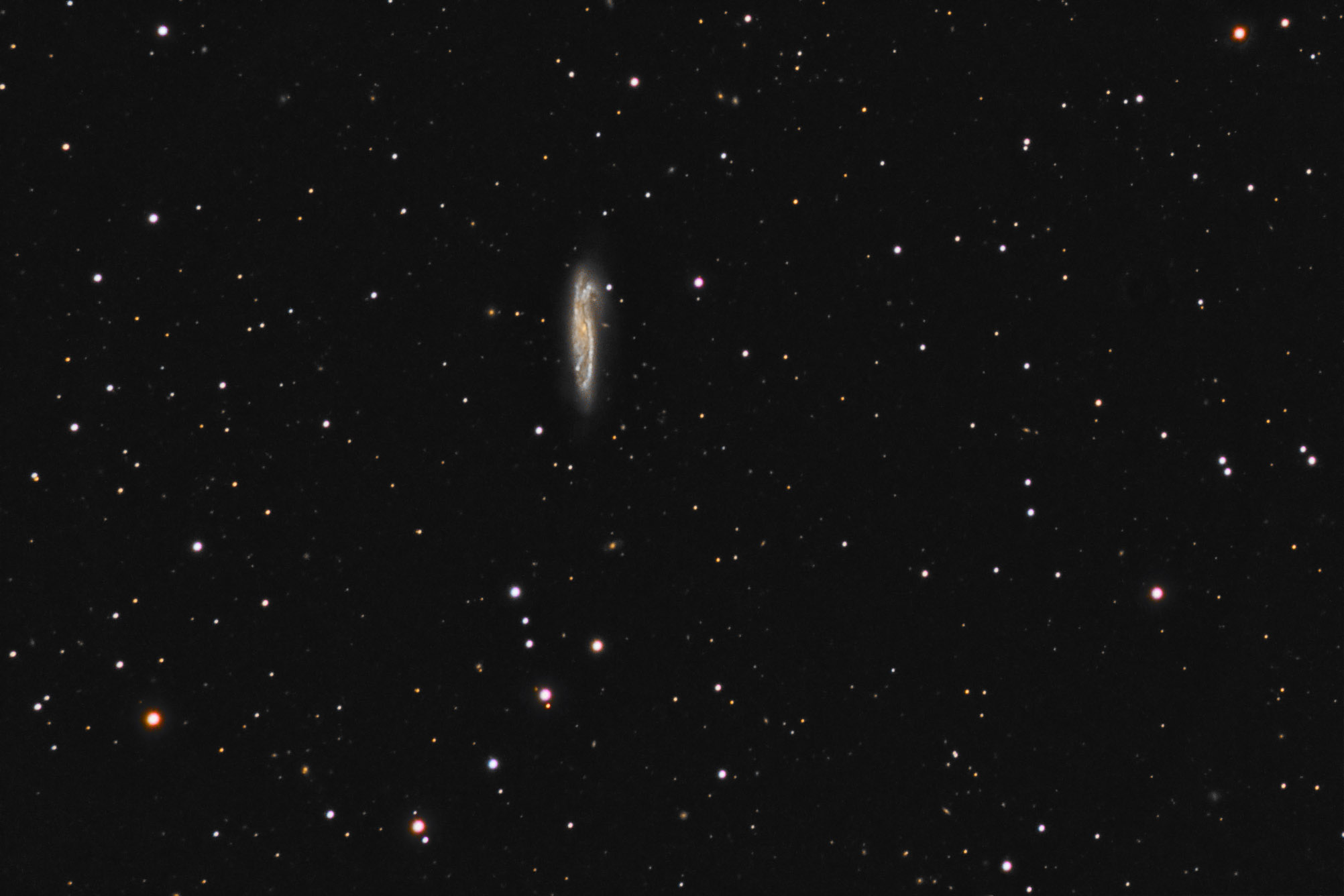 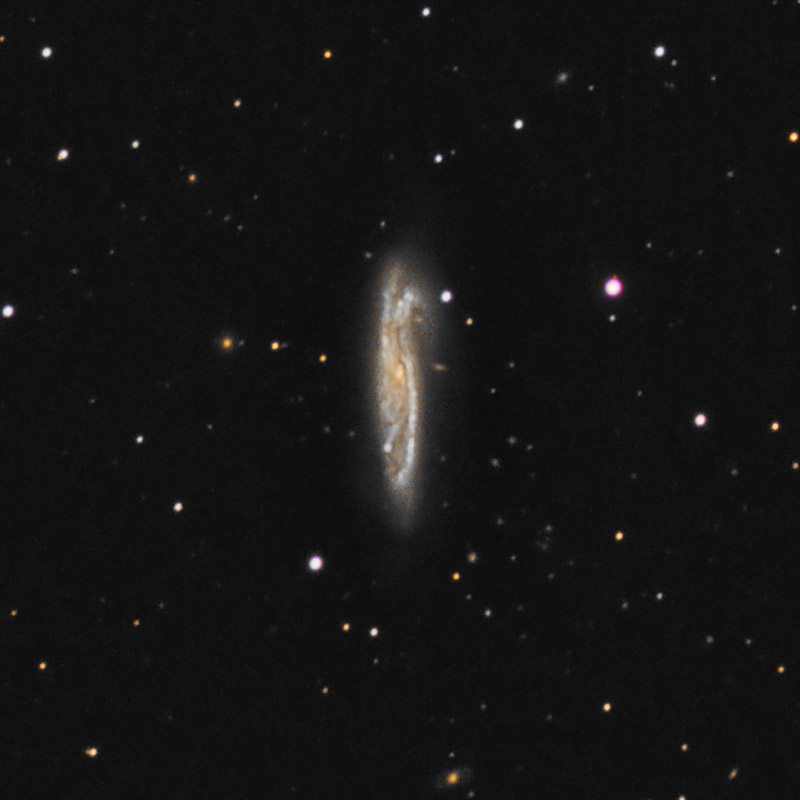