NGC 1507 made my list as a Herschel 400 II observing program galaxy, one I\'ve not looked at visually. If it hadn\'t have been about -30°C I\'d have run out and popped in an eyepiece (I can do that without removing the camera) and taken a look but when the camera reports it is running cooling at 3% and the set temperature is -35° That discourages me from leaving the comfort of sitting in my easy chair soaking up IR from the roaring fireplace.

It is a rather nearby galaxy being only about 35 million light-years distant in northern Eridanus. NED classifies it as SB(s)m pec? with HII while I found papers agreeing to this and others disagreeing saying it was Sm/Irr (no bar and others saying Sd (again no bar). Seen about 80 degrees from face on I won\'t hazard a guess. It looks rather disorganized to my eye though is slightly redder in the core like a spiral. I measure its size as about 37,500 light-years in diameter.

This area is poorly studied. Only this galaxy has redshift data so I wasn\'t going to do an annotated image but then I found NED lists three galaxies at about its position rather than one. Besides NGC 1507 it also points to a small faint spot above a larger spot in the northern part of the galaxy saying it is LEDA 093084 at 32 million light-years. It is also listed in the 2 micron flat galaxy catalog as 2MFGC 03330 at 38 million light-years. That position points to a small star-like point in the galaxy just below and right a field star. Both are likely star clouds in the galaxy and the redshift difference may be due to rotation of the galaxy with the lower part rotating away from us and the upper rotating toward us. Surprisingly the Tully-Fisher distance for it agrees very closely to its redshift value. For galaxies, this close redshift can be highly misleading. Apparently not in this case.

With no asteroids or other galaxies with redshift data in the field, it is a rather dull area. Seeing was poor this night. But with only a couple usable short nights I had to grab what I could or get nothing in January. 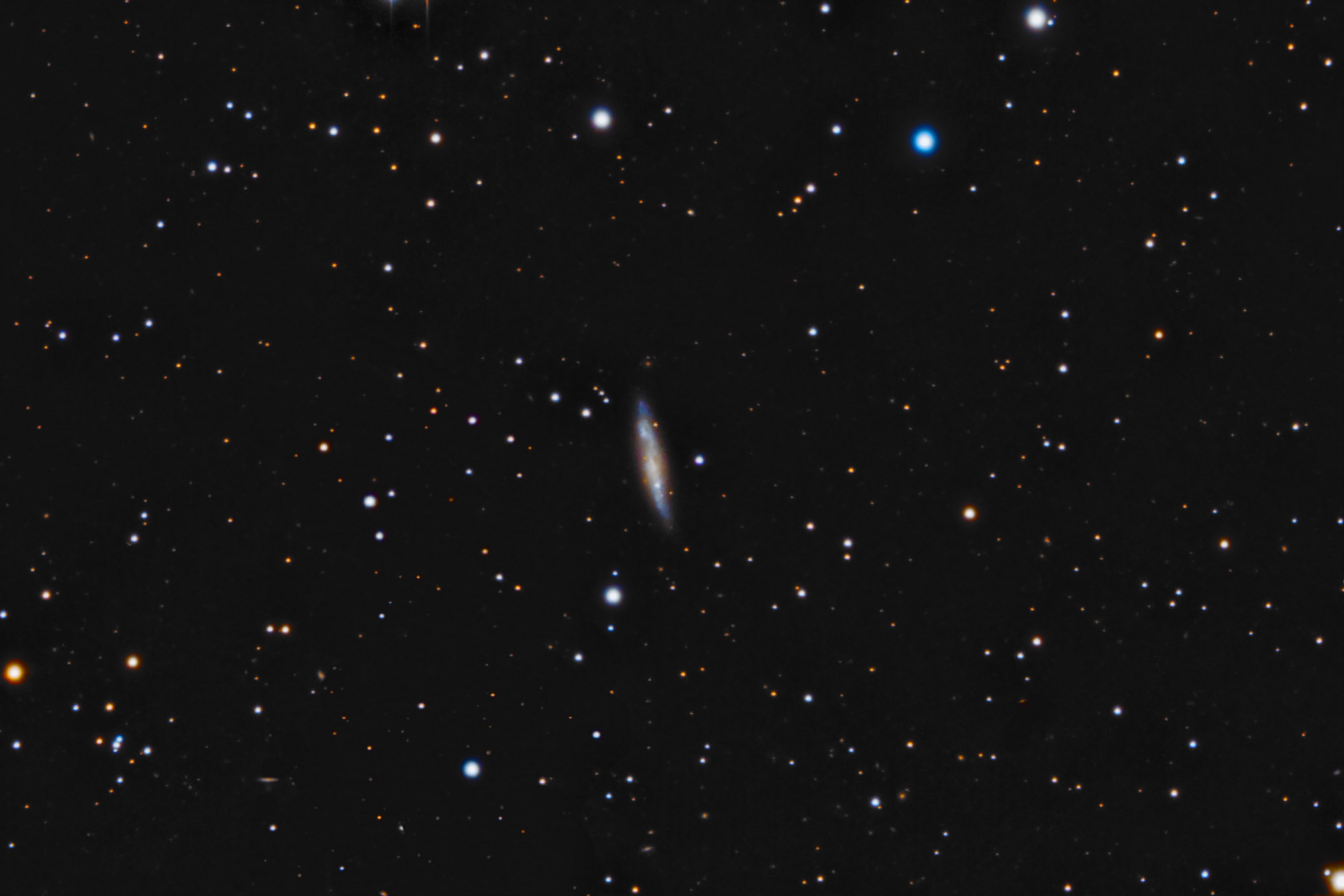 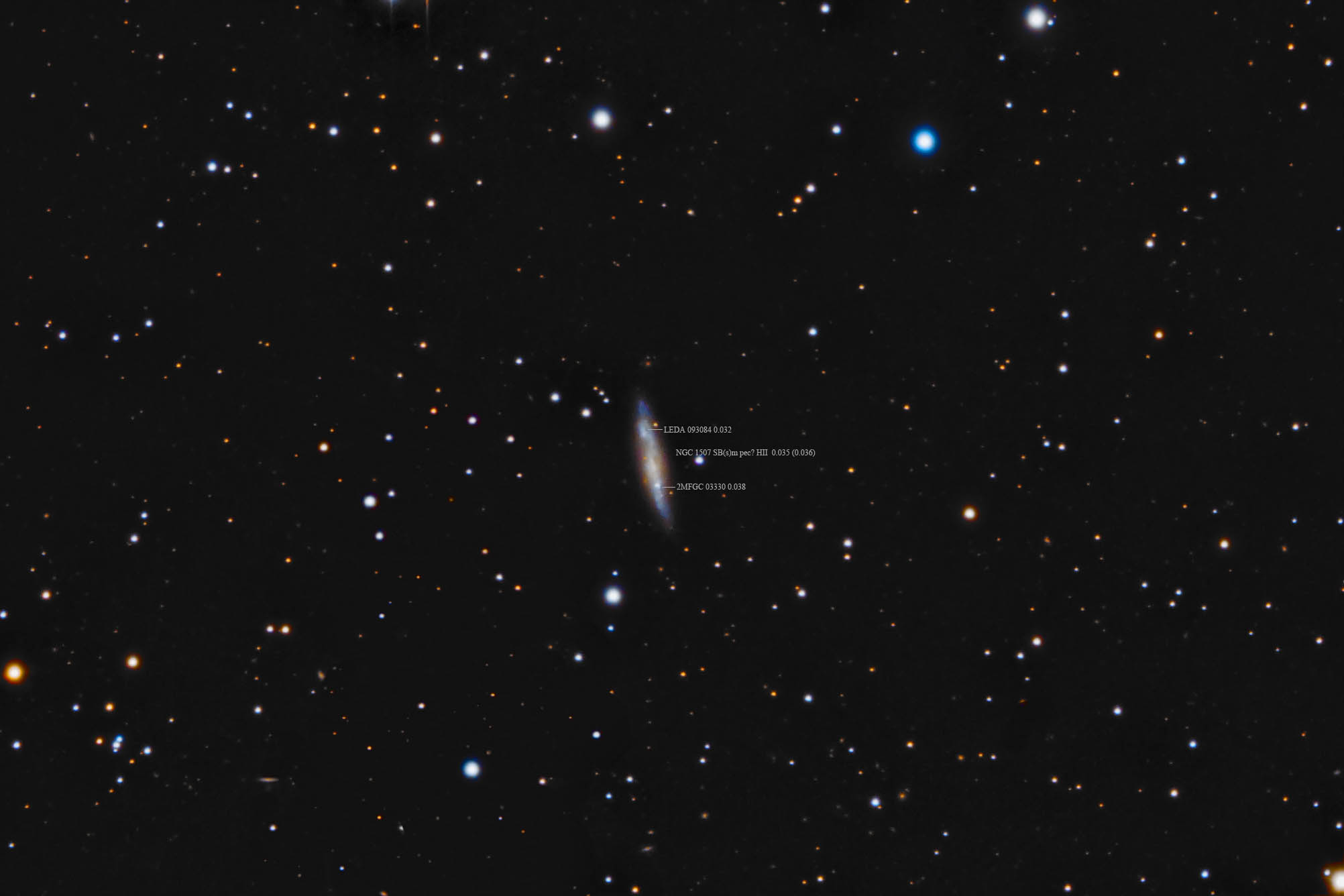