NGC 1528 is an often imaged open cluster in northeastern Perseus. It is classified as Trumpler II2m. So I\'m breaking with my tradition of imaging rarely seen objects. I happened to notice it has been on my to-do list from the very beginning but somehow never was selected, probably because I gave it a very low priority because everyone images it. It finally got selected mid-November.

WEBDA puts it at about 2500 light-years distant so relatively nearby. Many sources say 2531 as if such precision was possible. I suspect rounding to the nearest 100 light-years is still beyond our ability to pin its distance down that accurately. Astronomy Magazine\'s article on it puts it at only 1530 light-years for instance. WEBDA puts its age at 370 million years. Again likely too specific but at least it is a rather young cluster. They put its reddening at a meager 0.26 magnitudes. Its young age and lack of significant reddening likely explain its strong blue color.

The cluster was discovered by William Herschel on December 28, 1790. Being a big and bright cluster it is in the original Herschel 400 observing program. My notes from September 10, 1985 on a humid night reducing transparency with my 10\" f/5 at 60x reads: \"Very large, bright cluster. Easily seen in finder and grand in the telescope. Cluster fades into the background stars making its true size difficult for me to determine.\" 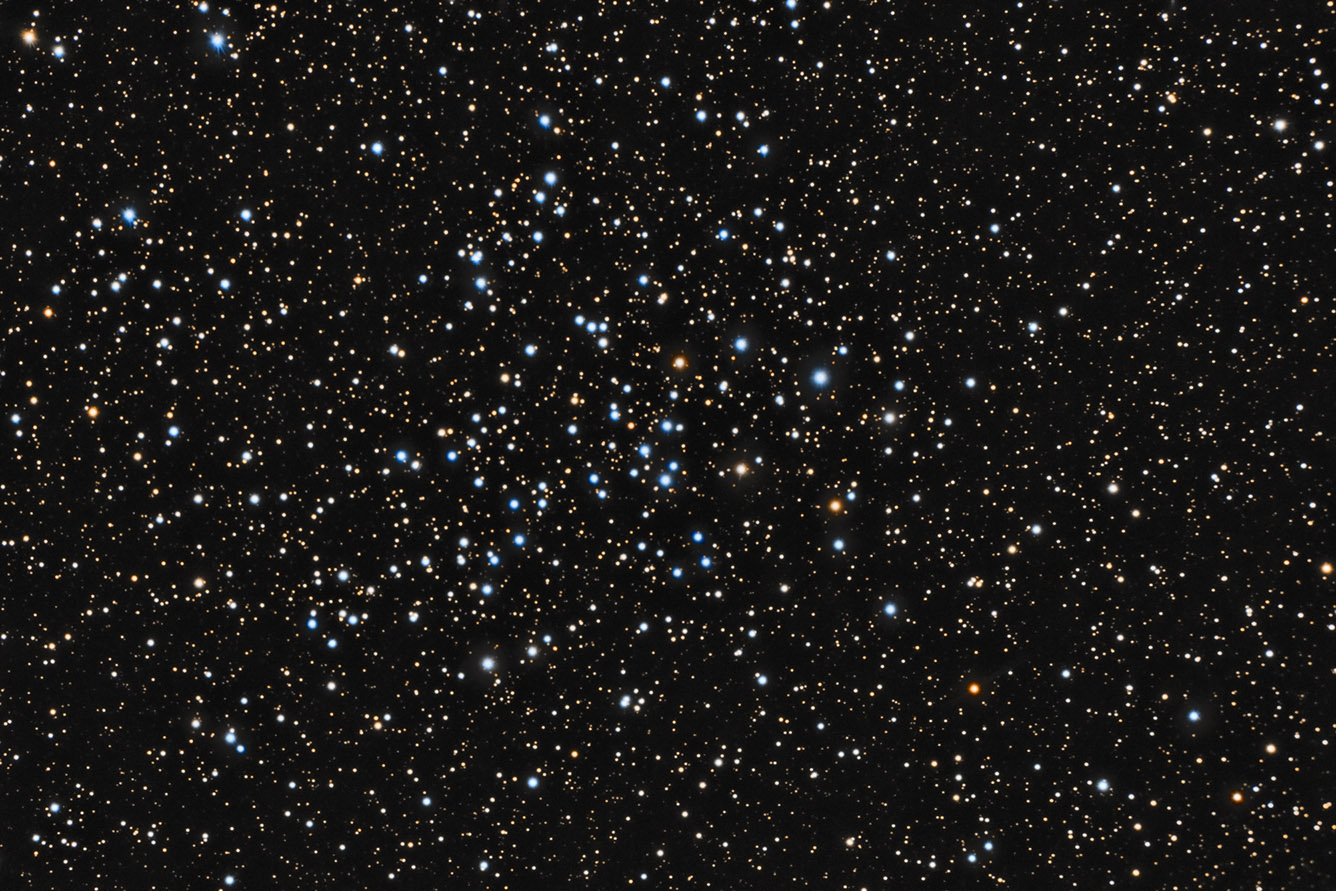 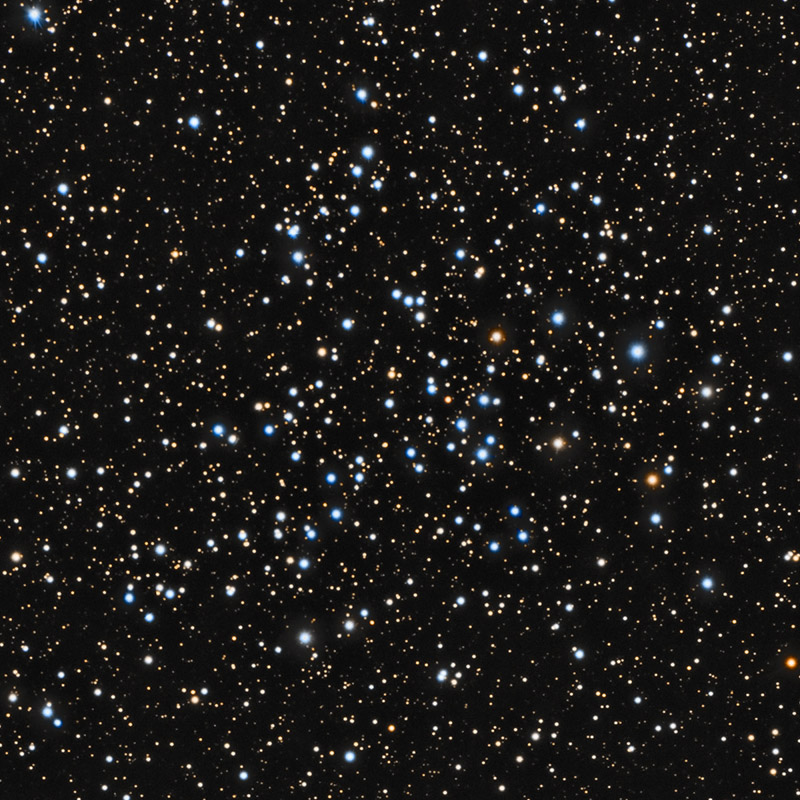