NGC 1579 is sometimes called the Northern Trifid though I never liked that name. It is part of a much larger molecular cloud about 2100 light years distant. Most of the cloud is dark and can only be seen by the absence of stars in much of the image. But where there are super hot ultraviolet stars it shines as an emission nebula. Where there are stars nearby that are bright but don\'t have sufficient ultraviolet light it shows up as a blue or dusky reflection nebula. Even the emission nebula seems to have a lot of reflected light in it as instead of the normal pink of ionized hydrogen it is more orange in color. This is a standard exposure for me of 6 five minute luminosity frames and 3 five minute frames in each color. The yellow stars are a very weird color normally no seen in astrophotos. I thought the orange of the nebula and yellow of these stars was a glitch in my processing but checking Kitt Peak\'s photo and others it appears correct. I assume the yellow is due to their light shining through the cloud and being stripped of blue light by scattering from the dust and gas molecules. A very deep photo, many hours long rather than only 30 minutes can be seen at http://antwrp.gsfc.nasa.gov/apod/ap060525.html . It too has the same coloration I show.

Edit: This was a very early image when I was doing everything wrong. I used incorrect techniques for both taking and processing the image. Another for the redo list that may not happen as this is a very commonly imaged object and certainly my best efforts would add little to those already taken. This one was discovered by William Herschel on December 27, 1788. It is in the second H400 observing program. 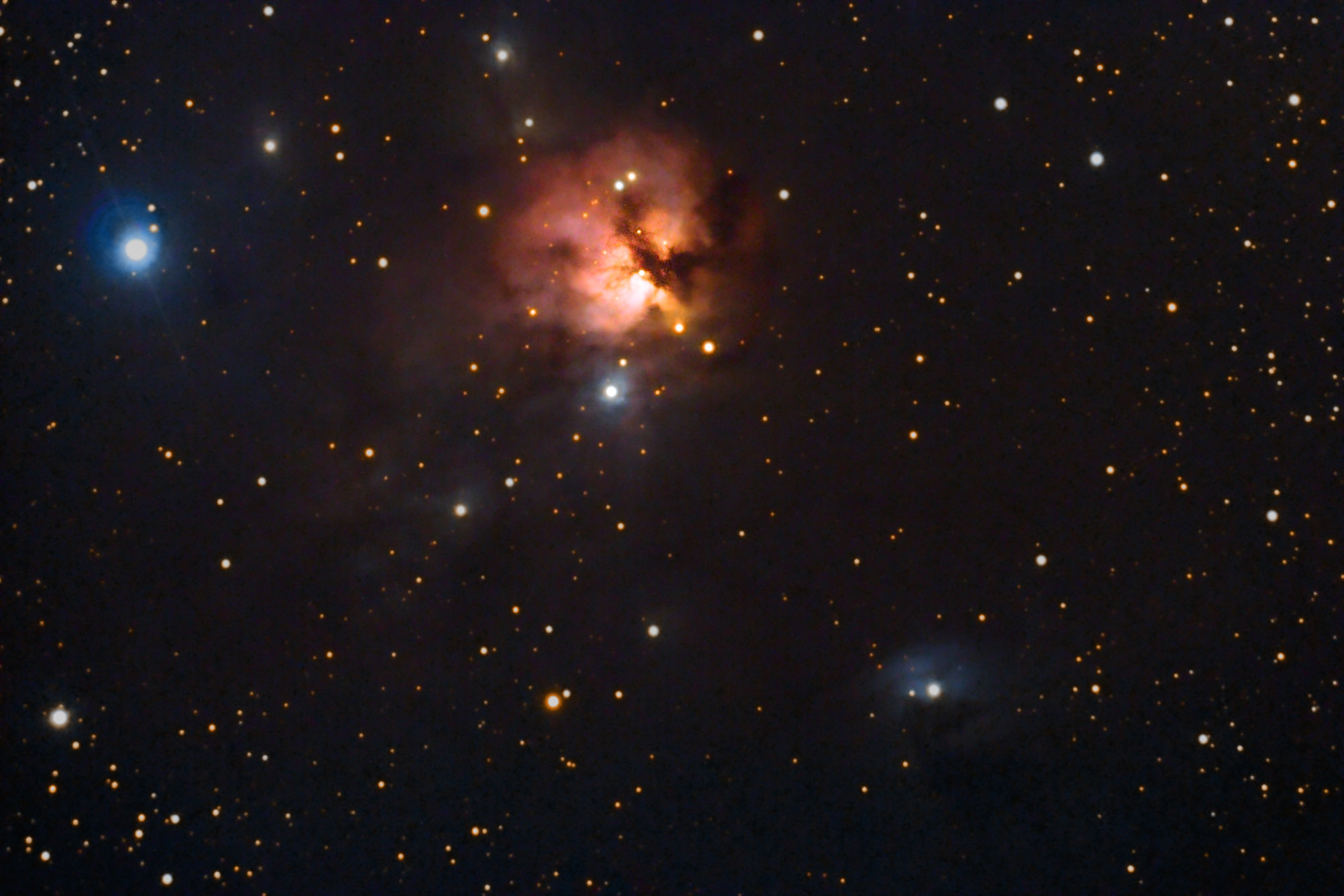