NGC 1907 is the open cluster \"companion\" to M38. I was surprised that my short exposure time picked up nebulosity around the cluster. Of course, there\'s quite a bit in Auriga where the cluster resides. Still, it isn\'t seen often with the cluster, especially in short exposures like I usually take. Both the H alpha and a small blue reflection nebula surprised me. I picked a star cluster to image this night due to the transparency being poor for going faint. I expect this nebulosity would be rather bright on a good night. So why is it rarely seen in images of the cluster? Is it processed out as a gradient?

So how does this fit with M38? Are they true companions? WEBDA says M38 is 290 million years old and is 3500 light-years distant while Wikipedia says 220 million years of age and 4200 light-years. So by WEBDA neither the distance nor age of the two are close so they aren\'t related. Wikipedia says they are nearly the same distance but even further apart in age so again unrelated. They are apparently just line of sight companions.

There are two asteroids in the image. The one in the cluster (toward the northeastern edge) is (87314) 2000 QJ3 at magnitude 18.2. The other is much fainter and difficult to find. It is near the right edge about the same level as the bottom of the small reflection nebula just inside the extent of the H alpha seen in my image. Both have about the same length of trail that is tilted about the same. It is (344507) 2002 RZ10 and shines at magnitude 19.5 according to the Minor Planet Center. Due to my poor transparency, this night neither are as bright as I would expect for those magnitudes.

The discovery of this cluster is a bit muddled. Most think it was first seen by Guillaume Le Gentil sometime before 1759. William Herschel recorded it on January 17, 1787. One of the two was the first to record it that is pretty sure. The original H400 project does include it, apparently not likeing Le Gentil as the discoverer. My entry from town with my 10\" f/5 on February 29, 1984 at 150x under poor conditions reads; Haze bad right now, easily resolved even in the haze. Never in my many years of seeing this cluster have I seen the nebulosity mentioned in the description. I think it is just unresolved stars and not true nebulosity. Even when I used a 30\" there was no sign of it.\" But my own image shows faint nebulosity, especially to the west and north. 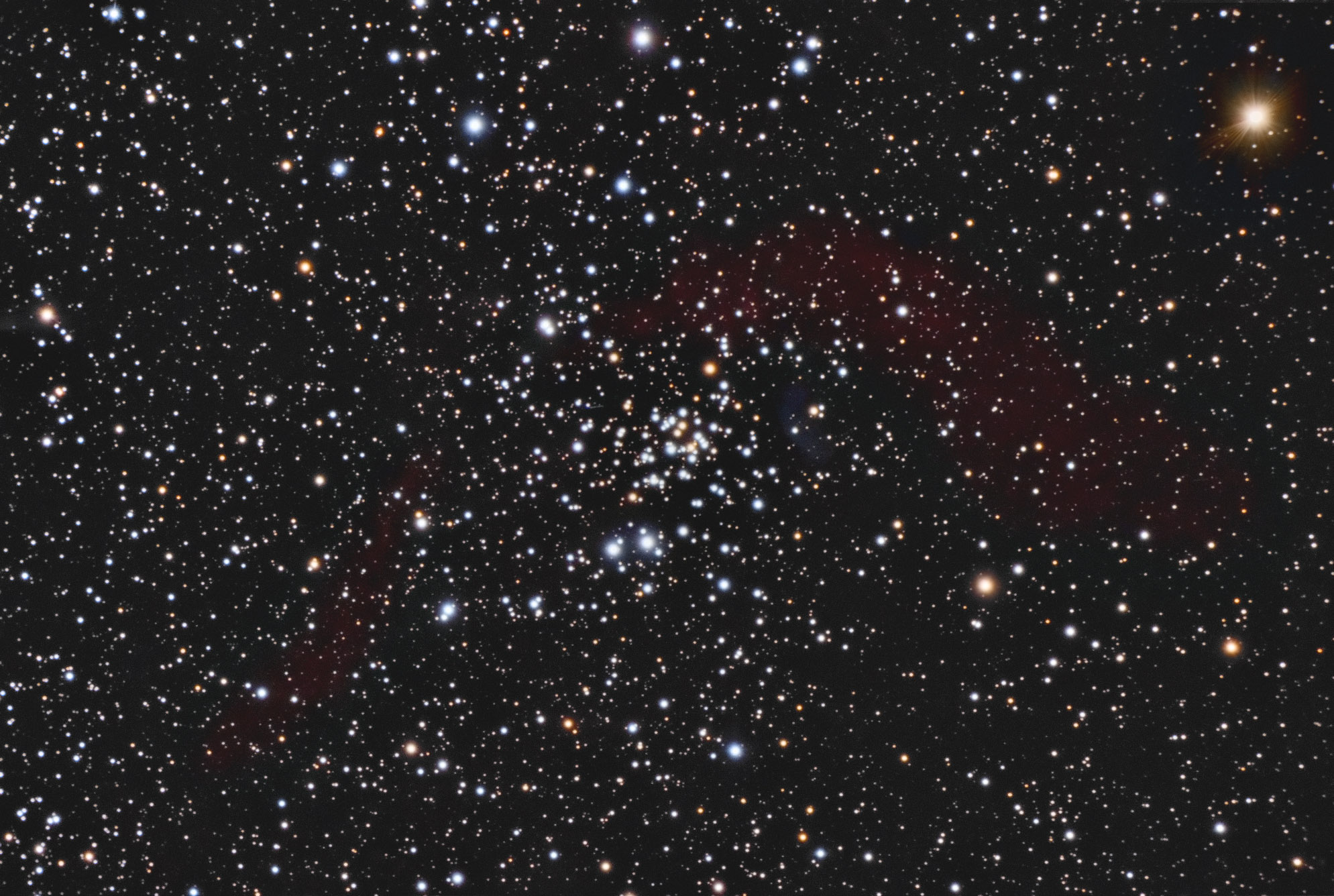