NGC 1977 commonly known as The Running Man Nebula is part of the Orion Nebula complex thus about 1500 light-years distant. It carries three NGC numbers due to the dark lanes that make up the \"running man\", NGC 1973, 1975 and 1977. It is also Sh2-279 among other designations. How a nebula gets its common name is usually lost to history but in this case, the story goes that the experienced amateur, Jason Ware, a top astro imager, showed the nebula to a neighbor who said it looked like a running man. He ran the name by his astronomy club, the Texas Astronomical Society and the name stuck. This was some 20 years ago or so the story says. 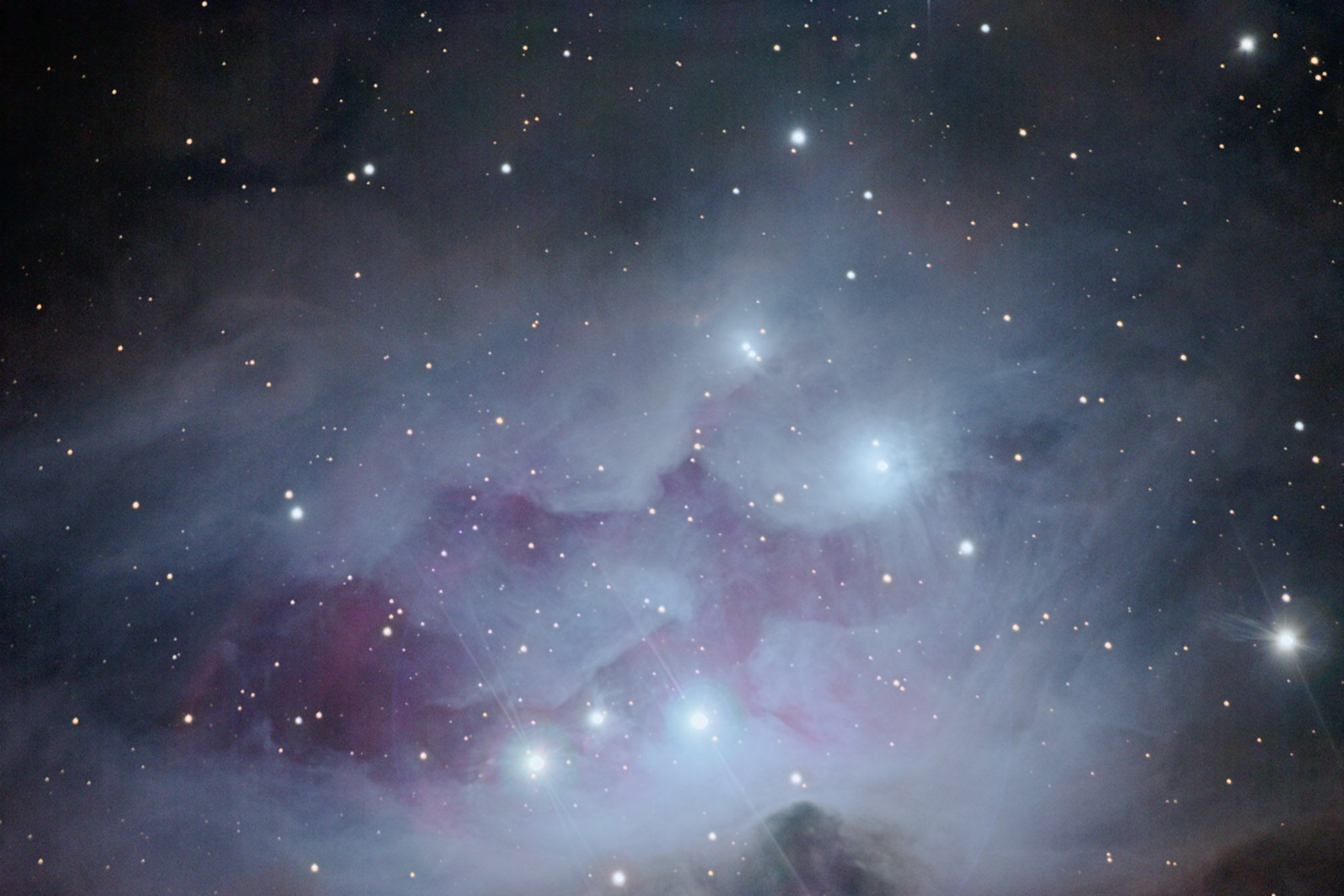