The nebula houses many protoplaNGC 2141 is a rather old open cluster in Orion\'s Club. It is listed as being 13,100 light-years away by WEBDA. That puts it well beyond the Orion Arm. I\'d expect it to be greatly dimmed and reddened by the dust and gas in the Orion Arm but it is listed in WEBDA as being reddened by only a quarter of a magnitude. However, my image shows severely reddened stars and galaxies which surprised me. Many are redder than in any image I\'ve done in the 8 years since going digital. It is listed as being 10 minutes across. At a distance of 13,100 light-years that would make it 38 light-years across. that\'s large for an open cluster but it is thought to be about 1.7 billion years old giving time for tidal forces to pull away stars which might help to make it larger before the stars are totally ripped away. Due to its age, its stars aren\'t all that blue with the brightest being dying red giant stars that were blue not long ago.

I like the older clusters for imaging because they do have a good mix of red stars beside the blue ones. Young clusters haven\'t had time for many, if any, stars to turn into red giants so aren\'t as colorful.

According to the NGC Project, this cluster was discovered by Edward Barnard of dark nebula fame. Without explanation, they list the \"Year of Discovery\" as \"1882-7.\" They list no telescope for the discovery either. Another source, Cseligman, says it was found in January 1883. Probably the NGC Project is indicating it was found somewhere between 1882 and 1887 while Cseligman is saying a date within that range. Still, I\'d like to know more about this uncertainty.

While I can see quite a few distant galaxies in the image most look like red stars until you examine their PSF (Point Spread Function) in the FITS files. That gives them away as being galaxies. Rather than try and check every red star to see if it was a distant reddened galaxy I just annotated those in NED. All are from the 2MASS galaxy listing. Oddly the faintest one was rather white in color with all the others being quite red. No distance or even magnitude data was available for any of them. With the field on the western edge of the winter Milky Way, it is surprising any galaxies were seen. 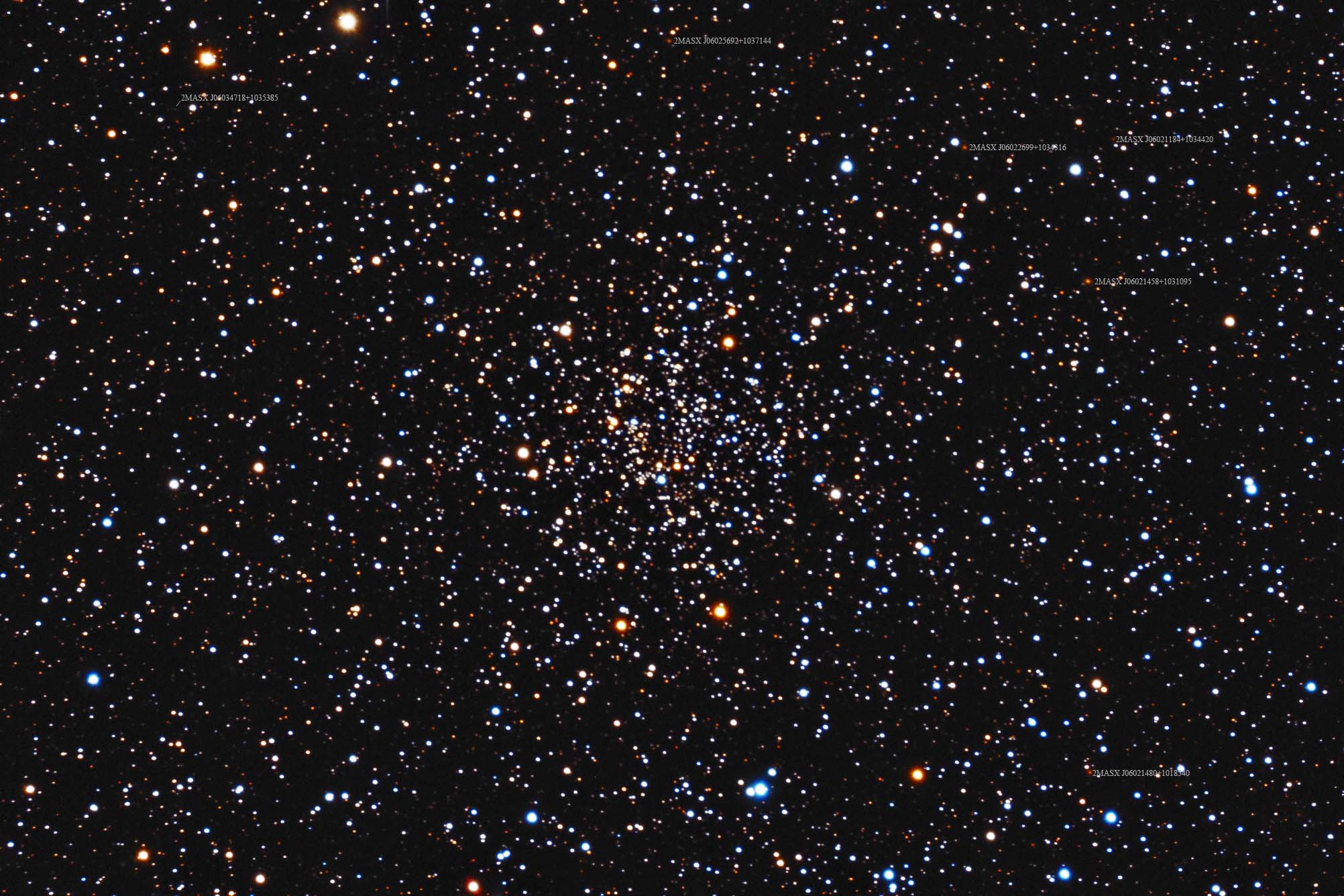 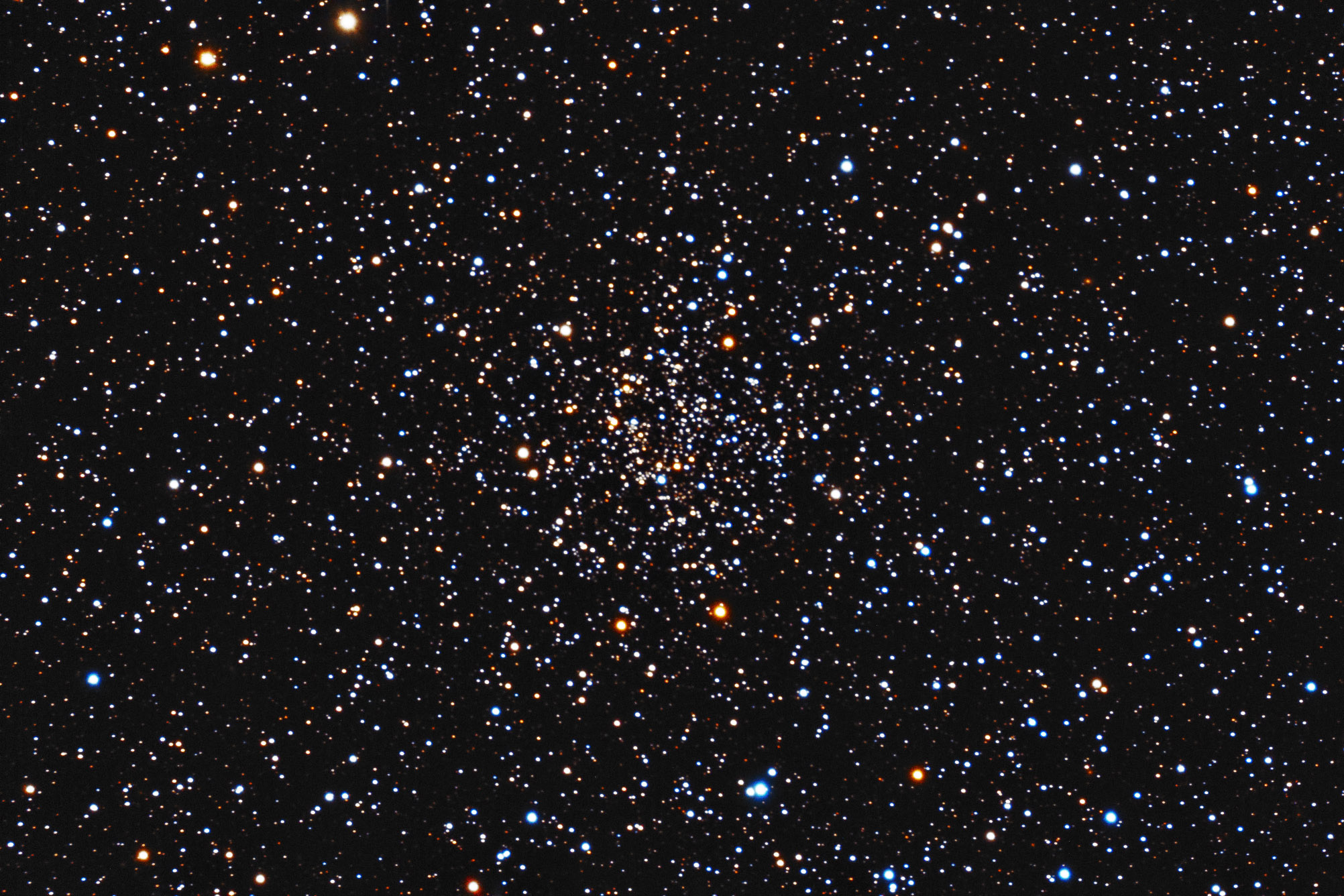