NGC 2149 is a somewhat unknown reflection nebula in the southwest corner of Monoceros. Just to its west is smaller, dimmer and less defined vdB 66 around a 10th magnitude star. Steven James O\'Mera has this to say about NGC 2149 in his book \"The Secret Deep\".

Reflection nebula NGC 2149 itself appears to be a giant expanding ring between the high longitude end of the Orion A (molecular) Cloud and the Mon R2 Cloud. In most projections, these clouds appear to be unconnected. However, in a 2008 \"Astronomy and Astrophysics\" B. A. Wilson (University of Bristol), Thomas M. Dame (Harvard-Smithsonian Center for Astrophysics), and colleagues say that their three-dimensional display (with velocity as the third dimension) indicates that the clouds in this region may be connected to form a ring. If NGC 2149\'s distance is 1300 light-years, they note, the diameter of the ring is about 260 light-years, which corresponds to the expansion age of about 9 million years and may be the result of a supernova.\"

Note he is not talking about NGC 2149\'s apparent ring structure but that NGC 2149 may be part of this huge ring that happens to be illuminated by a massive blue star. The apparent ring structure of NGC 2149 is likely due to an illusion. That part of the nebula likely is dark as other parts of the nebula shadow it from our perspective. The parts beyond the \"hole\" would be further from the illuminating star and toward us so that part does get light from the star. Seeing a 3D object in 2D can easily create such illusions. I found nothing to support this, just that it seems likely to me.

Some sources say vdB 66 is NGC 2149 but Simbad says it is faint blue nebula around the star to the west of NGC 2149. Seligman agrees with Simbad. The nebula was discovered by Édouard Stephan on January 17, 1877.

It\'s obvious there are far fewer stars on the right side of the image than the left. There\'s a lot of obscuring matter in that part of the image. Simbad says part of it is TGU H1490 P34. I can\'t decipher Simbad\'s size information to determine if it is all of it or just part.

Conditions were very poor when I imaged this and much color data was severely compromised by clouds, especially the red. I need to redo this one from the top. For now, this will have to do. 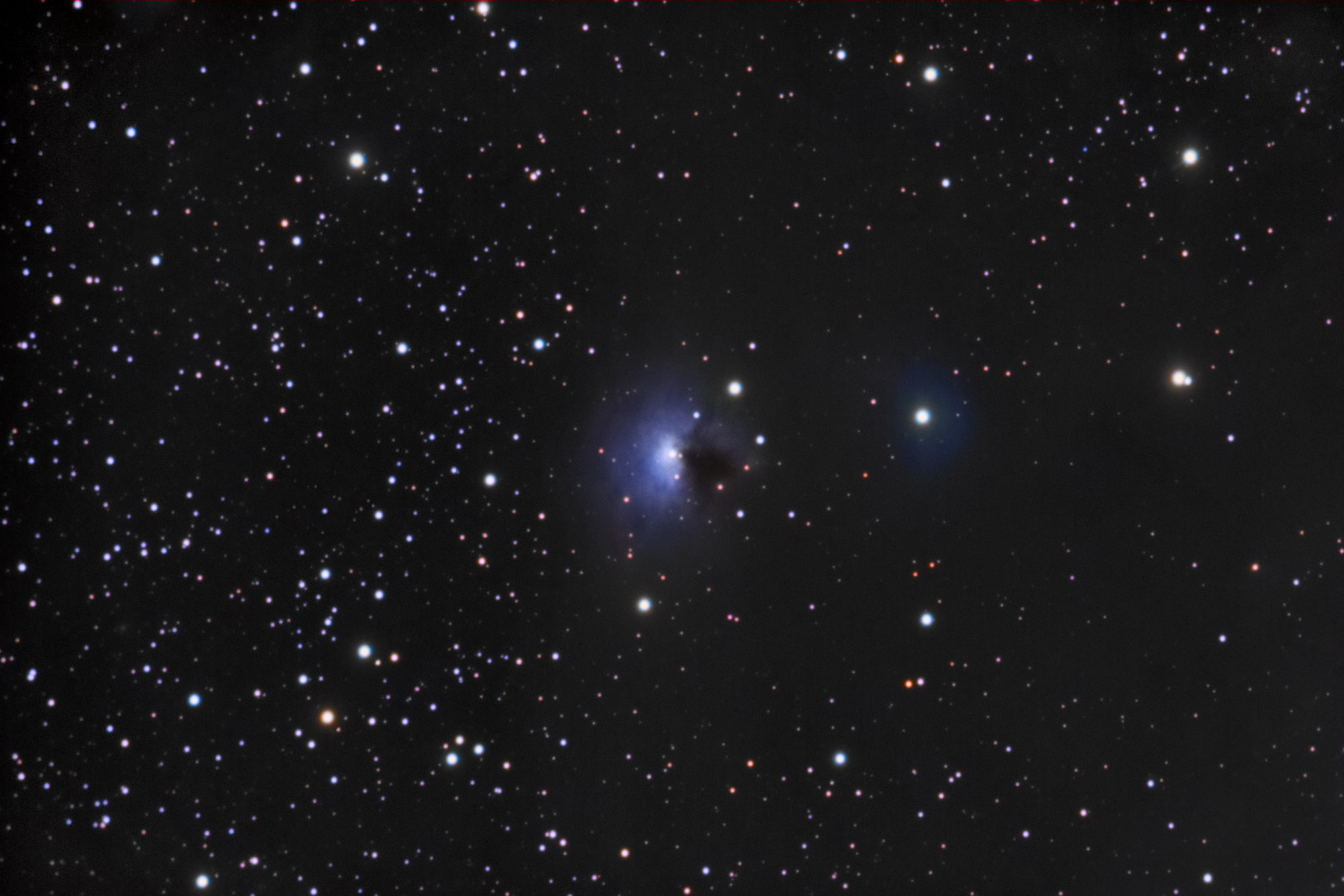