NGC 2169 is often called the 37 cluster. The part on the left is the three and the right the 7 though both are so distorted my brain has a hard time seeing the numbers. WEBDA put the group at a distance of about 3400 light-years and an age of 11.7 million years. They say it is only reddened by 0.2 magnitudes. The young age and lack of reddening explain its blue stars. The cluster is located in Orion\'s club. It may have been first noted by Giovanni Hodierna prior to 1654 but he published in a very obscure journal. The discovery that brought to the astronomy world\'s attention was by William Herschel on October 12, 1782.

Being big and bright it is in the original H400 program. As mentioned above I have never seen the numbers. My log entry from February 29, 1984 from light polluted Lincoln, Nebraska with my 10\" f/5 at 95x reads: \"Looks like two separate clusters. One a \"V\" shaped group and the other a linear one the \"V\" seems to point toward. Didn\'t look much like the drawing to me as more stars seen and brightesses seemed different.\"

Deep images of the cluster show the area filled with a faint blue reflection nebula. I took this one on a very poor night as something that would show through the gunk. This cost me nearly all the reflection nebula. Also, it cost me one of the green frames but for star fields one is sufficient. I can\'t find the nebulosity has a catalog entry. 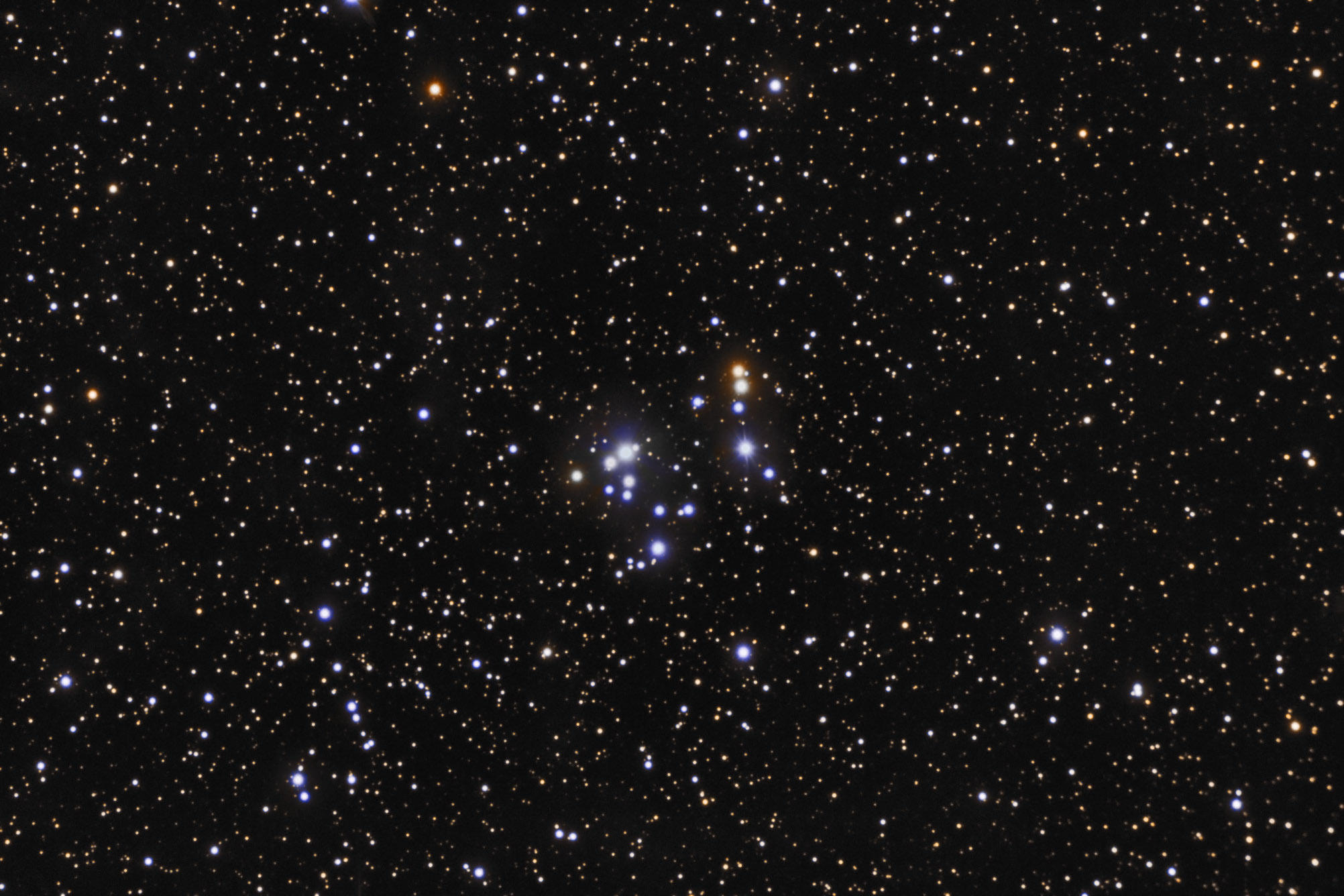