NGC 2175 is better known as the \"Monkey Head Nebula\". While not as famous as the Orion Nebula it is nearly as large though not nearly as bright a nebula. NGC 2174 is the small bright knot of stars with a somewhat bluish nebula at the very bottom of my image. The nebula is just a bit too large to fit my imaging chip. Also on the right near the lower corner is a bluish object mostly out of frame. This is an open cluster illuminating a reflection nebula. It is sometimes known as NGC 2175S. Most amateurs take this object using Halpha light for the luminance layer and totally miss the reflection nebula involved with this object. My image is pure LRGB with no Halpha used so preserves the reflection nebula.

I\'m using the designations that Seligman and the NGC Project use. SIMBAD uses both NGC numbers for the full nebula while APOD uses 2174 for the full nebula and never mentions 2175. Also, while most sources put it at 6400 or 6350 light-years distant SEDS says 850 light-years. The former would put it far beyond the Orion Nebula at about ~1300 light-years while the latter puts it much closer than the Orion Nebula. If the 6400 light-year distance is right my frame\'s height would be 42 light-years in size. So this is a very large nebula. Many sources put the visible portion of the Orion Nebula at 65 arc minutes which makes it only 25 light-years across. But it really is far larger and covers many degrees of our sky, most of which don\'t emit visible light.

The nebula has been known for centuries. Many think Giovanni Hodierna was the first to see it sometime before 1654. The next known \"discovery\" came 200 years later in 1857 by Christian Bruhns. A German astronomer whose only NGC discovery was this object unless Hodierna beat him to it. So how did Herschel miss it? 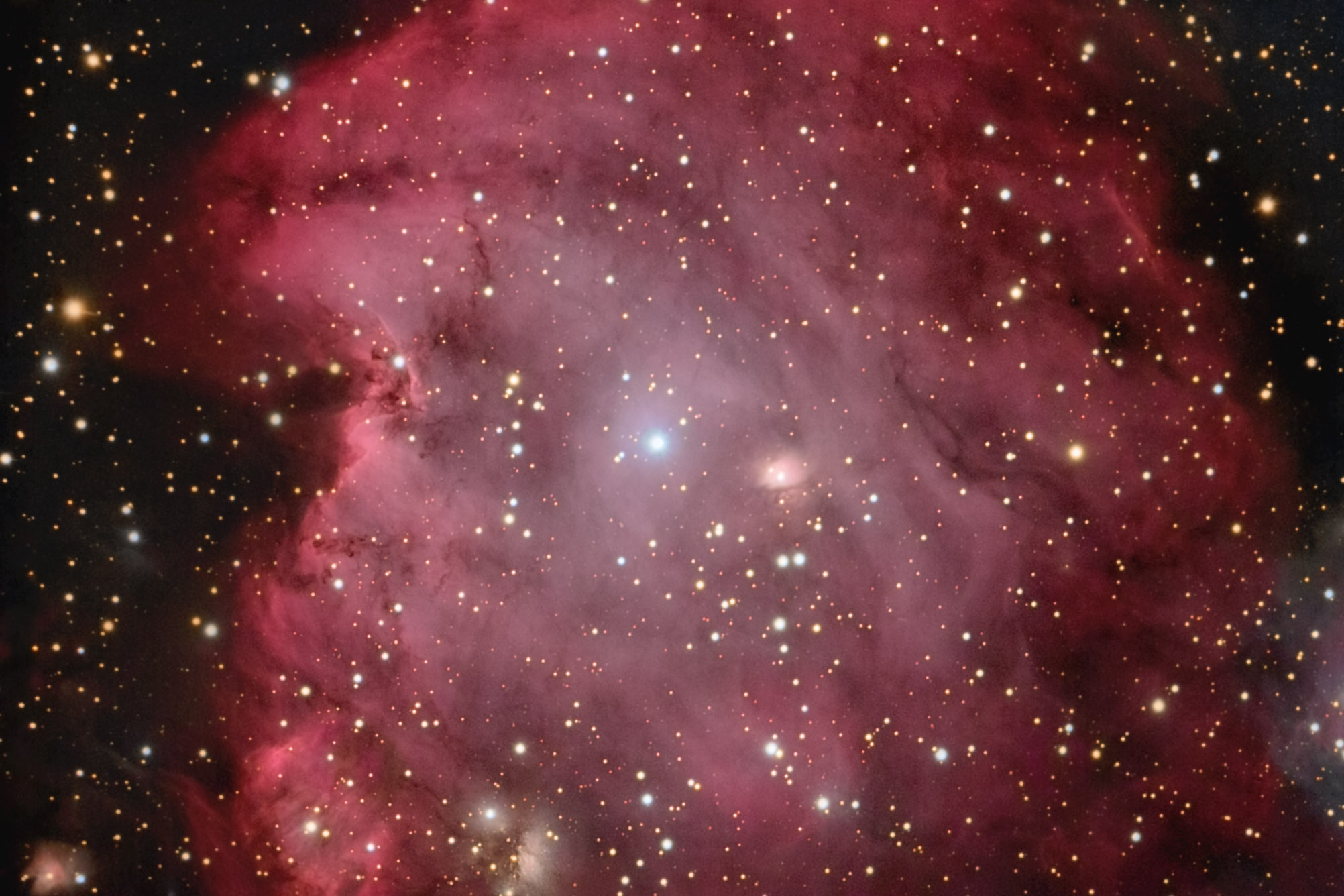