NGC 2186 is a type II2p open cluster in eastern Orion about half way between Betelgeuse and the Rosette Nebula. WEBDA says it is about 55 million years old, 4,700 light-years distant and reddened by only 0.27 magnitudes. This means its O and B stars have died though late B might create still exist as a red giant, maybe the one seen at the top of the cluster. Brilliant A and F stars make up most of the blue stars seen in this cluster.

It was discovered by William Herschel on January 27, 1786 and is included in the original Herschel 400 observing program. I\'d have expected that to mean it was fairly well known. A search of several forums turned up a dozen or so references to it, mostly in observing lists. Though I found a couple folks reporting they found it by accident thinking they\'d found something more famous and were bummed out to discover they\'d been lost in space. My comments from the original Herschel program made on March 16, 1985 with my 10\' f/5 on an average night at 120x reads: \"Open cluster with 2 bright stars and a dozen fainter ones against a background of unresolved fuzz from stars dimmer than 14th magnitude. Many scattered outlying stars beyond the 5\' diameter of the fuzz are seen. Are these cluster members?\" A check of various sources give a size for it of 4\' or 5\' so apparently the answer to my question is no.

I took only one round of color as that is sufficient for imaging clusters. Also, no space junk passed through the color frames so I didn\'t need a second to remove space junk. 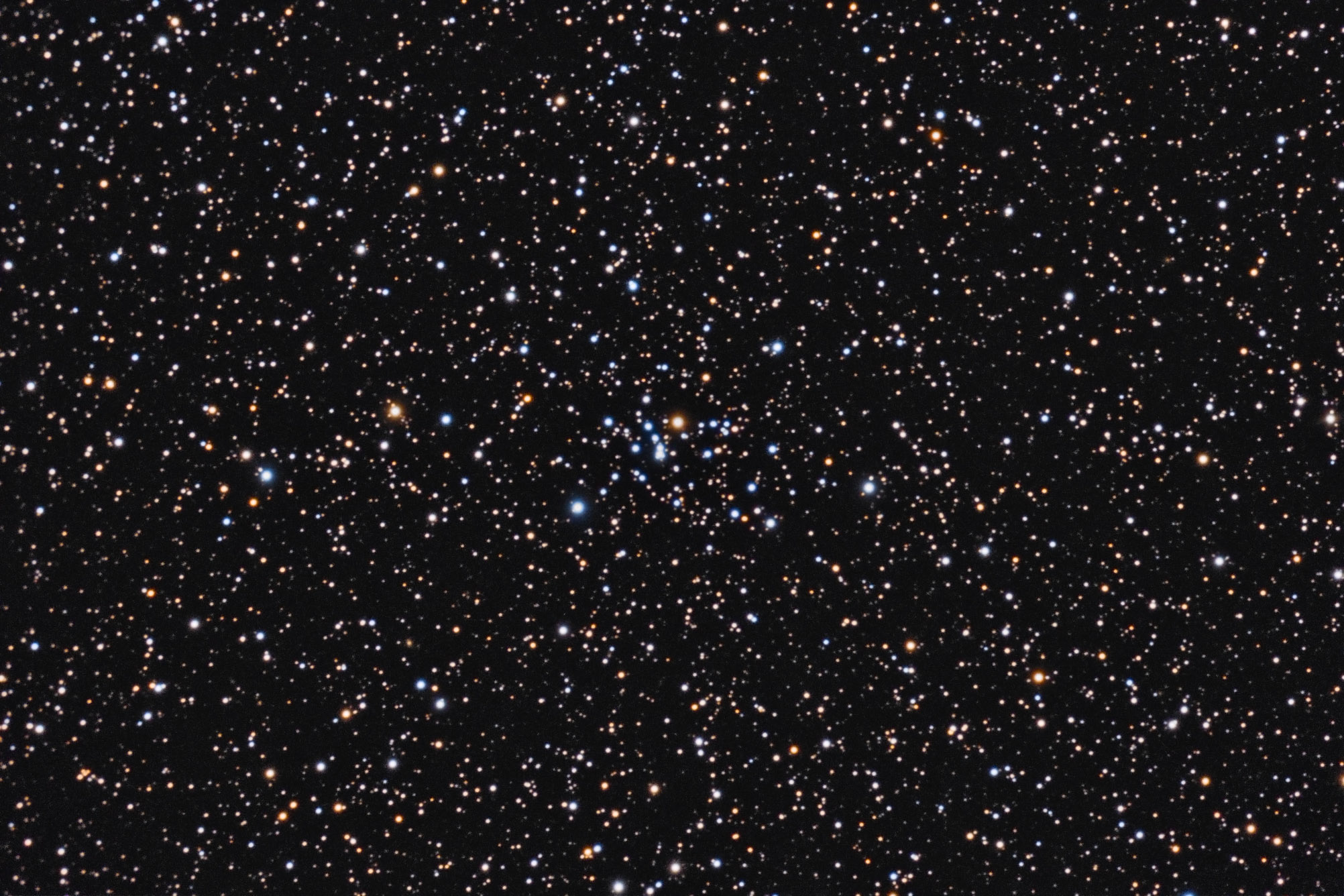 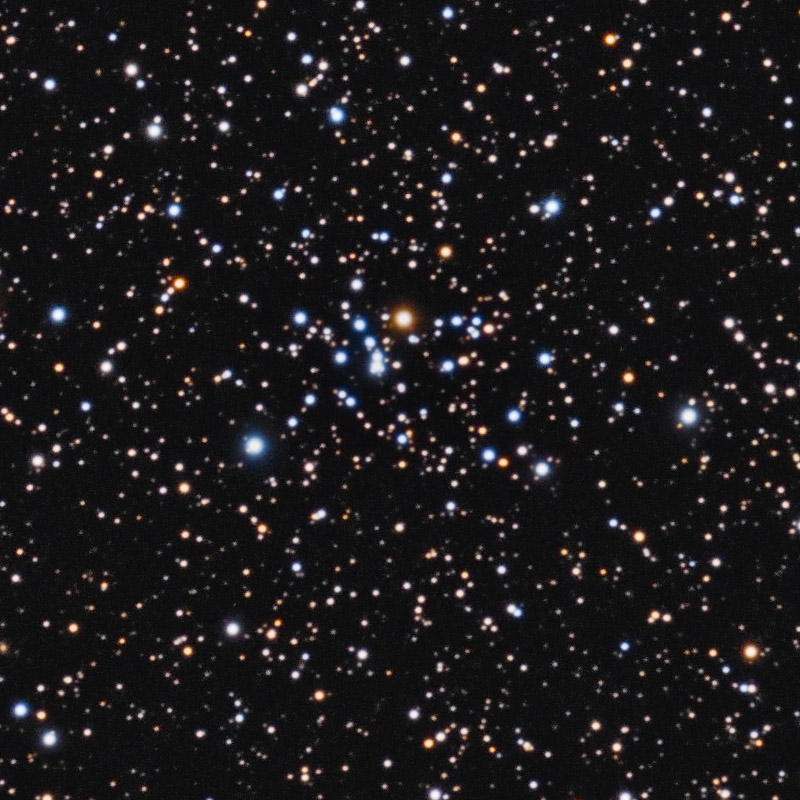