NGC 2245 (near center) and NGC 2247 are a pair of reflection nebulae in Monoceros not far from many more famous larger nebulae such as the emission Cone Nebula and mostly reflection Fox Fur nebula as well as some Barnard dark Nebulae. The distance to these seems rather vague. Most put it near the outer edge of the Orion Arm which would be about 3000 light-years. But, I always seem to run into \"buts\", NGC 2247 is also vdB 82 whose illuminating star is HD 259431 a B6 star that Hipparcos puts at 945 light-years. Then there\'s 2245. What\'s its illuminating star? Is it the very bright HD 46265 just to its northeast side? Probably not as it is a K0 star at nearly 6000 light years. More likely it is the variable star V699 Orionis at the north end of the brightest part of the nebula. It is an 11th magnitude B6 star. However, I have no distance estimate for it. Seen by the 2MASS survey it is the brightest of a small group of stars, the others being seen best in IR light hidden behind all the dust of NGC 2245 and likely having formed out of it. Some, however, are barely visible in my image.

NGC 2245 has some H alpha emission but it was too weak for me to pick up as my camera is not great for that frequency and conditions for this one were poor with red getting hurt the most. In fact, this one is a jinx for me. I got the luminance data nearly two years ago but clouds moved in ruining color data. Two more tries that season failed to get usable color frames, then 2013 was also a bust for the color data. Finally, at the very end of February, I got another chance for the color data but saving red to last it got hit by fog rolling in and is weak. After three years of trying I gave up and used what that February night gave me, not much.

The reflection nebula vdB 79 in the upper right corner is apparently lit by HD 258973 an A2 star. I say apparently because the star is only 54 light-years away so not likely the illuminating source if this nebula is part of the same complex as NGC 2245 and 2247. Van den Berg listed his nebulae using the bright star nearest it without confirming if it really was the illumination source as best I can tell. So is vdB 79 a nearby object or part of the entire complex of which the two NGC objects are a small part? I don\'t know.

The annotated image has a question mark by an orange object above center. I couldn\'t find it anyplace. I have no idea what it is. It\'s located on the edge of the dark nebula DOBASHI 4723 and seems to have two rays to the southeast. I can\'t find any cataloged object within even one minute of arc of its position 6h 32m 61.6s +10° 17\' 35\".

As is often the case I seem to have found more questions than I answered with this one, especially as to how far these three objects are from us. 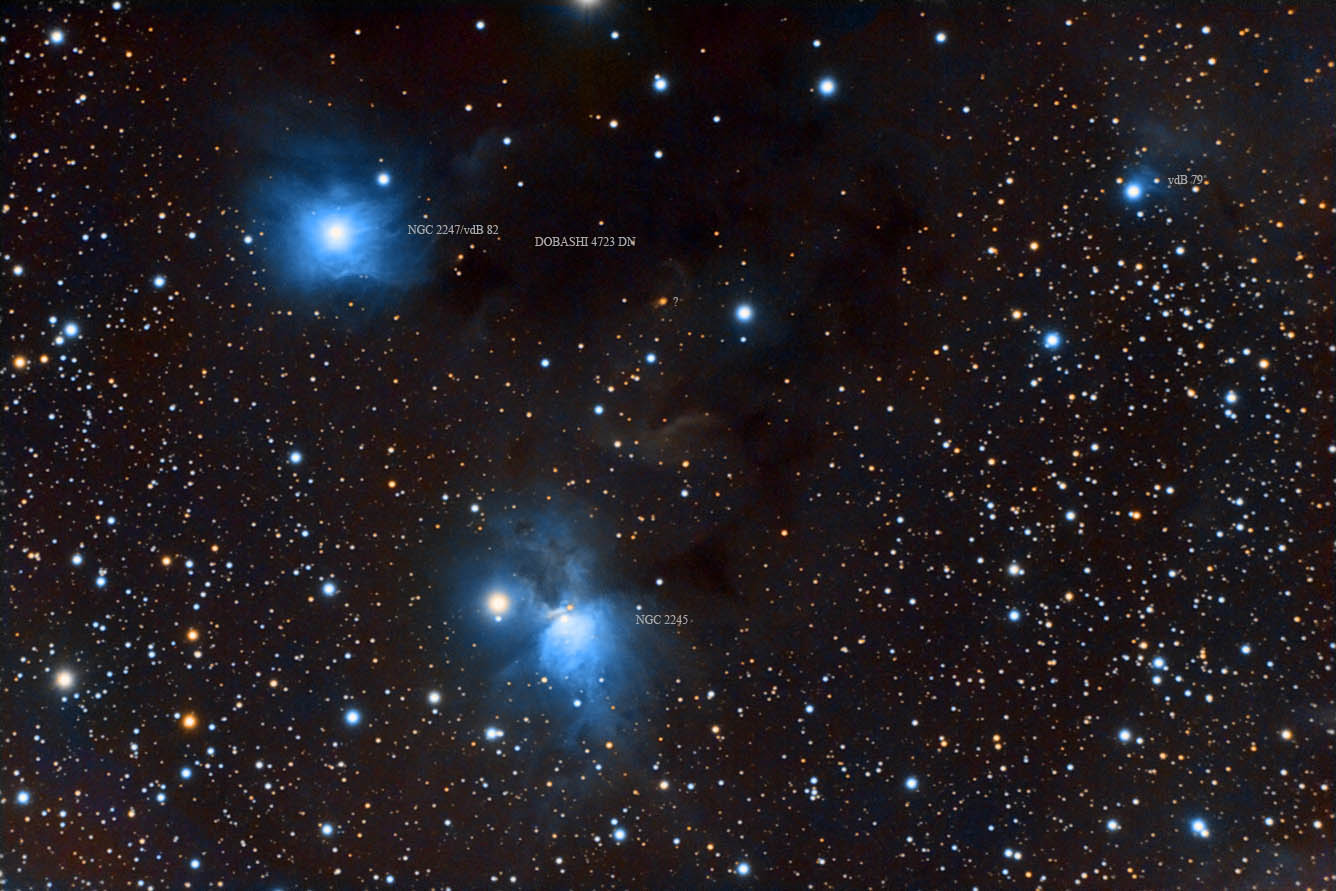 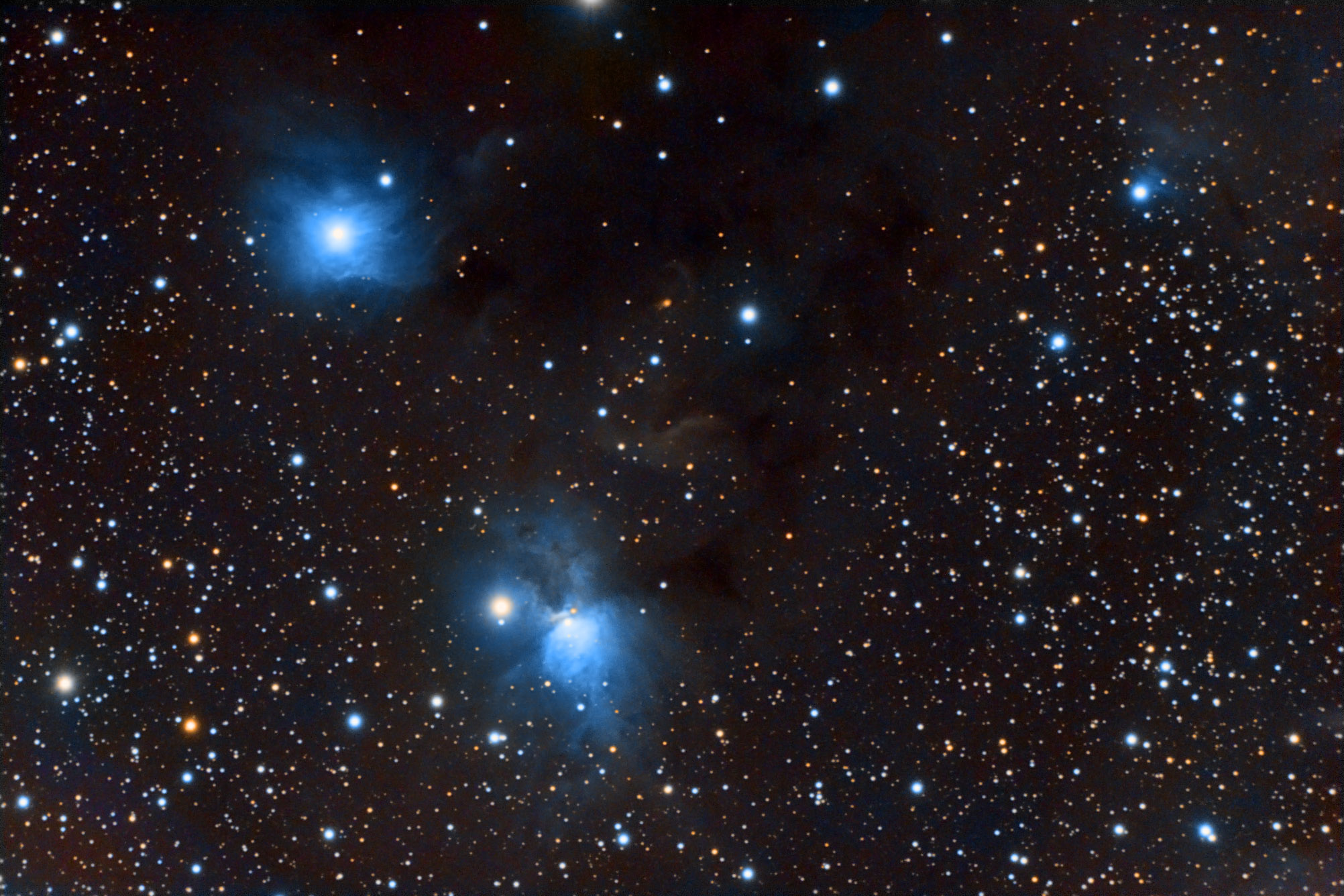