NGC 2266 is another Herschel 400 open cluster. William Herschel discovered it on December 7, 1785 with his trusty 20\' reflector with an 18.7\" mirror. It is located in Gemini 1.8 degrees north of Mebsuta (Epsilon Geminorum). It is about 5 minutes of arc across and 11,000 light-years distant. WEBDA puts its age at 630 million years though APOD and other sources say 1 billion years. Either way, it is a rather unusually old open cluster. It spends most of its time well above or below the galaxy\'s plane so escapes a lot of the tidal forces that rip apart much younger clusters. The red stars in it give away its age as does the lack of really blue stars. Being well above the plane of the galaxy it is only reddened about 0.1 magnitude.

My notes from March 16, 1985 of it visually in my 10\" f/5 at 60x reads; \"Large triangular shaped open cluster. A bright slightly curved line of brighter stars defines one side of the triangle. If the brighter stars are ignored the cluster is nearly circular.\" I assume that curved line is the line of mostly red stars that ends at the white star at the southwestern tip. In my image, it looks triangular no matter if you leave out the brighter stars or not. Otherwise, it seems to fit my visual description quite well.

The bright white star at its southwest edge is listed in The Sky as being 1160 light-years away so is unrelated to the cluster. Many images I found of this cluster online show it as rather blue but it came out virtually white with my color balance. This bothered me until I looked it up and found it is a G0 star. Those are virtually white. So where do so many come up with a blue tint to it?

There are a few galaxies around it. Only one had a redshift listed at NED and that one is a flat galaxy! I\'ve noted it and all galaxies listed in NED even if the rest had no magnitude or distance values. Some were UV sources and very blue. Without spectral data, they may be quasars as they seem to have starlike point spread functions. 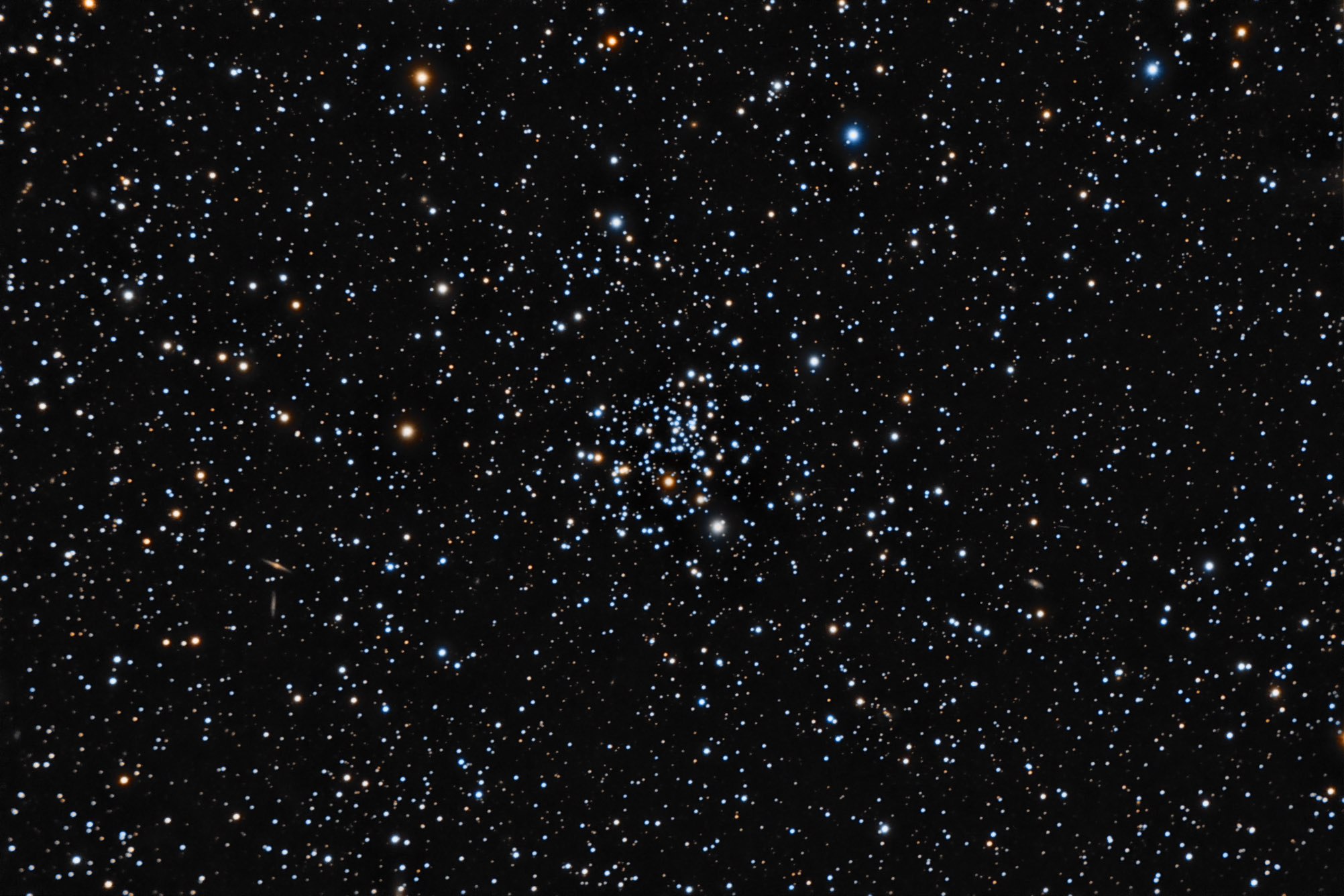 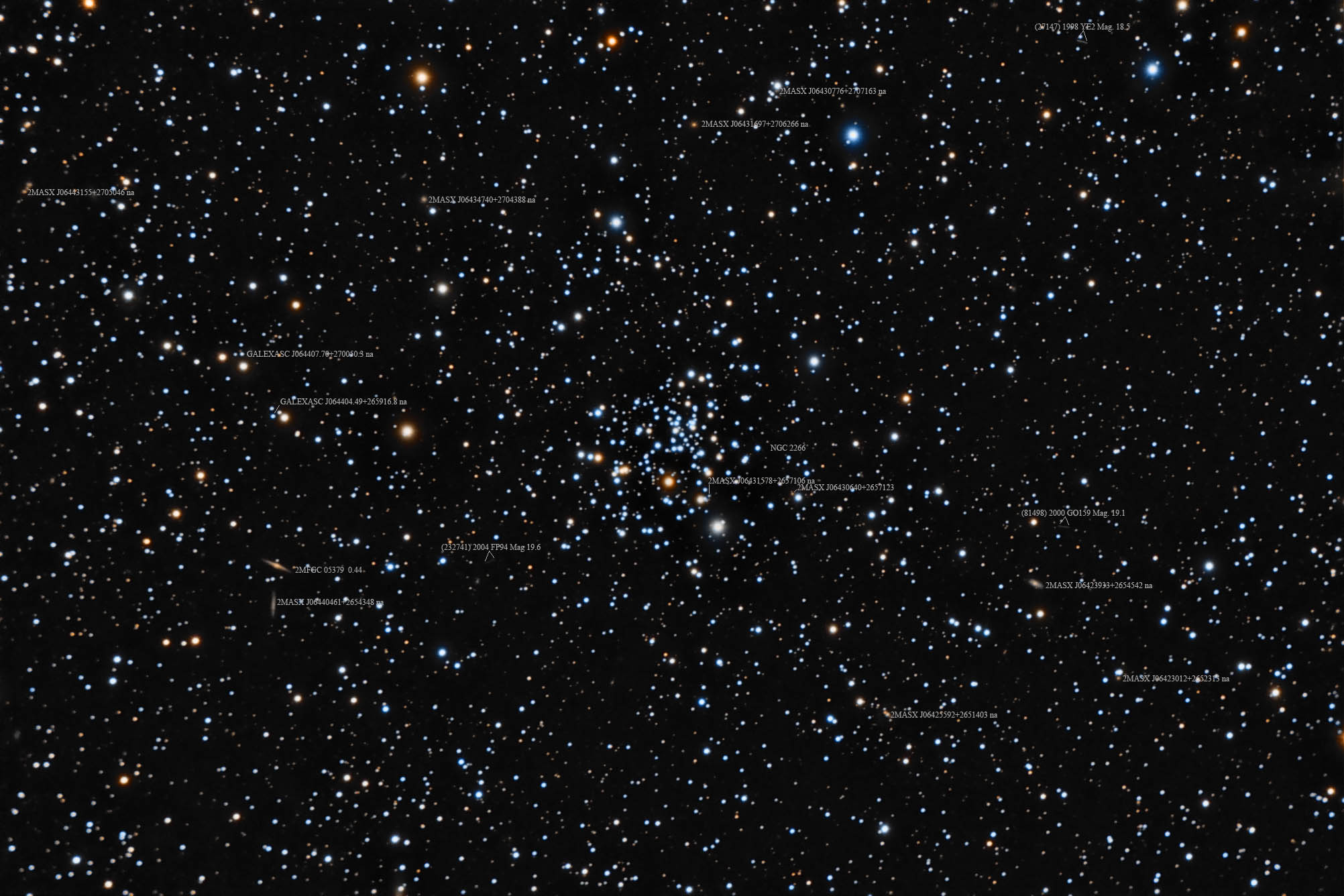