NGC 2282/IC 2172/vdB 85 is a reflection nebula with an embedded star cluster seen mostly in infrared light. Actually, SIMBAD classifies it as a reflection nebula, NED as a star cluster under the NGC 2282 name and an HII region under the entry BSF 54 (Blitz+Fich+Stark HII regions). NED says IC 2172 doesn\'t exist. The NGC Project lists it as a reflection nebula under both the IC and NGC numbers. Only SIMBAD lists it as vdB 85. The Sky 6 mislocates vdB 85 about 11 minutes east of NGC 2282! It is located on Monoceros and thought to be about 5500 light-years distant. The cluster contains about 100 stars, a few of which are pre-main-sequence stars. It is thought to be about 5 to 10 million years old. You can read more about this object at http://articles.adsabs.harvard.edu/full/1997AJ....113.1788H . The nebula was discovered by Edward Barnard on March 3, 1886.

Like much of my imaging for 2012 and 2013 this one was severely damaged by clouds and poor seeing. The color data was especially thin. It is equal to only about 2 minutes of normal color data per channel rather than my normal 20 thanks to the clouds. I tried several times for better data but was thwarted each time. For that reason, much of the emission features around one of the field stars were lost. It had some interesting wings that didn\'t survive the clouds. I\'ll try again in 2014 if the weather ever improves (still rotten as I type this). Edit: Never was retaken. Still, this is a rarely imaged nebula that should get a lot more attention than it is given so am putting this out hoping those with better skies will give it a try. Note a check of Tom Davis\' vdB site lists it as still to be imaged. http://www.tvdavisastropics.com/astroimages-1_00008e.htm I don\'t know why it gets such little respect. 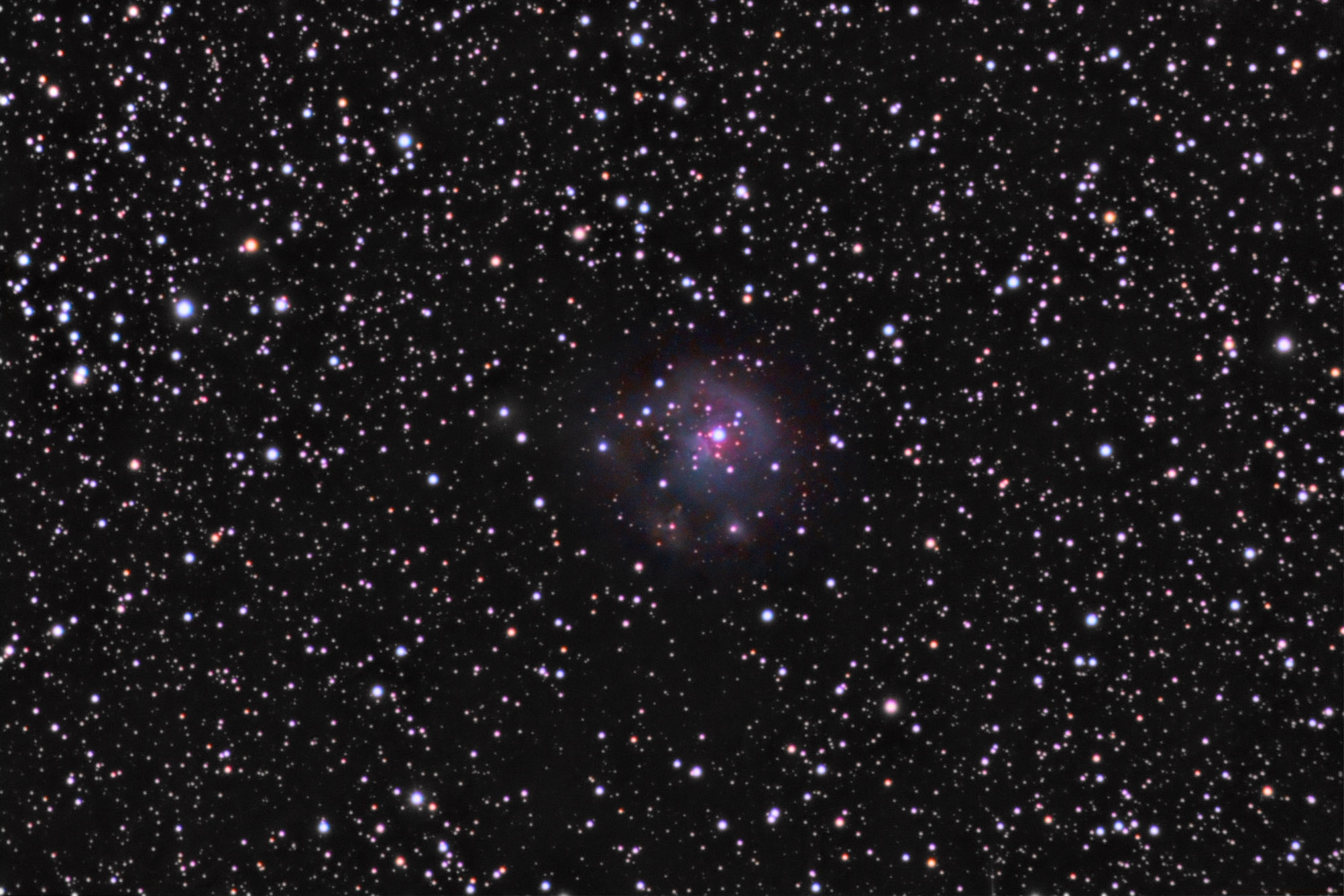