NGC 2304 is a type II1p open cluster in between the legs of the Pollux twin of Gemini. WEBDA puts it 13,000 light-years distant. Since it is seen about opposite the core of the galaxy it must be about 38,000 light-years from the galaxy\'s core. This allows it to see less disruption from our galaxies forces and thus have a good chance for long-term survival. WEBDA puts its age at 800 million years. Long enough most of its really bright massive stars to have long since died. They show it little reddened by dust and gas in our galaxy with a reddening of only 0.1 magnitude. Even at its age, A and F stars survive to give it a rather strong blue color.

The cluster was discovered by William Herschel on December 30, 1783. It is in the original Herschel 400 observing program. My comments from March 16, 1985 with my trusty 10\" f/5 at 60 to 120x on an average night reads: \"An open cluster that reminds me of M-35\'s companion, NGC 2158. Unresolved at 60x it was resolved into a mass of 13.5 magnitude and fainter stars at 120x. The cluster may be difficult in a 6\" scope.\" Looking at my image I see the orange star on its southern edge is magnitude 12.8 but all others are 13.5 or fainter. I\'m surprised my estimate was so accurate. I\'m finding such comments from my mostly visual days to often be wrong.

Quite a few asteroids were in the FITS images but as I processed the image to tone down the fainter background stars all but two were so faint I didn\'t try to annotate them. You will notice the trail of the brightest has a gap as does the fainter one but the asteroid reappears mostly behind a star so it isn\'t easily seen. Why the gap? Wish I knew. For some reason after 3 luminance frames, two more were taken but apparently not saved by my system. Since they are numbered all I see is a gap in the numbering. But the gap in the time isn\'t 20 minutes but 40 minutes indicating 3 frames worth of time was lost. But no imaging was attempted during one of the three. Usually, my system leaves some note about what happened but not this time. Something caused the system to decide two frames were too bad to save and never took a third. Cloud sensor didn\'t trigger this as it would have left an indication in its log. It\'s a mystery without a chance for a solution.

Since I needed to point out the fainter asteroid I checked for other objects in the image. All I found was a few galaxies from the 2-micron survey. No magnitude or distance data, just position information. There weren\'t many so I took a few minutes to annotate them. Only the spiral toward the bottom showed any detail. It shines, according to my measurement at a brilliant 17.5. All the others are quite a bit fainter but being small possibly easier to see visually in a very large telescope. 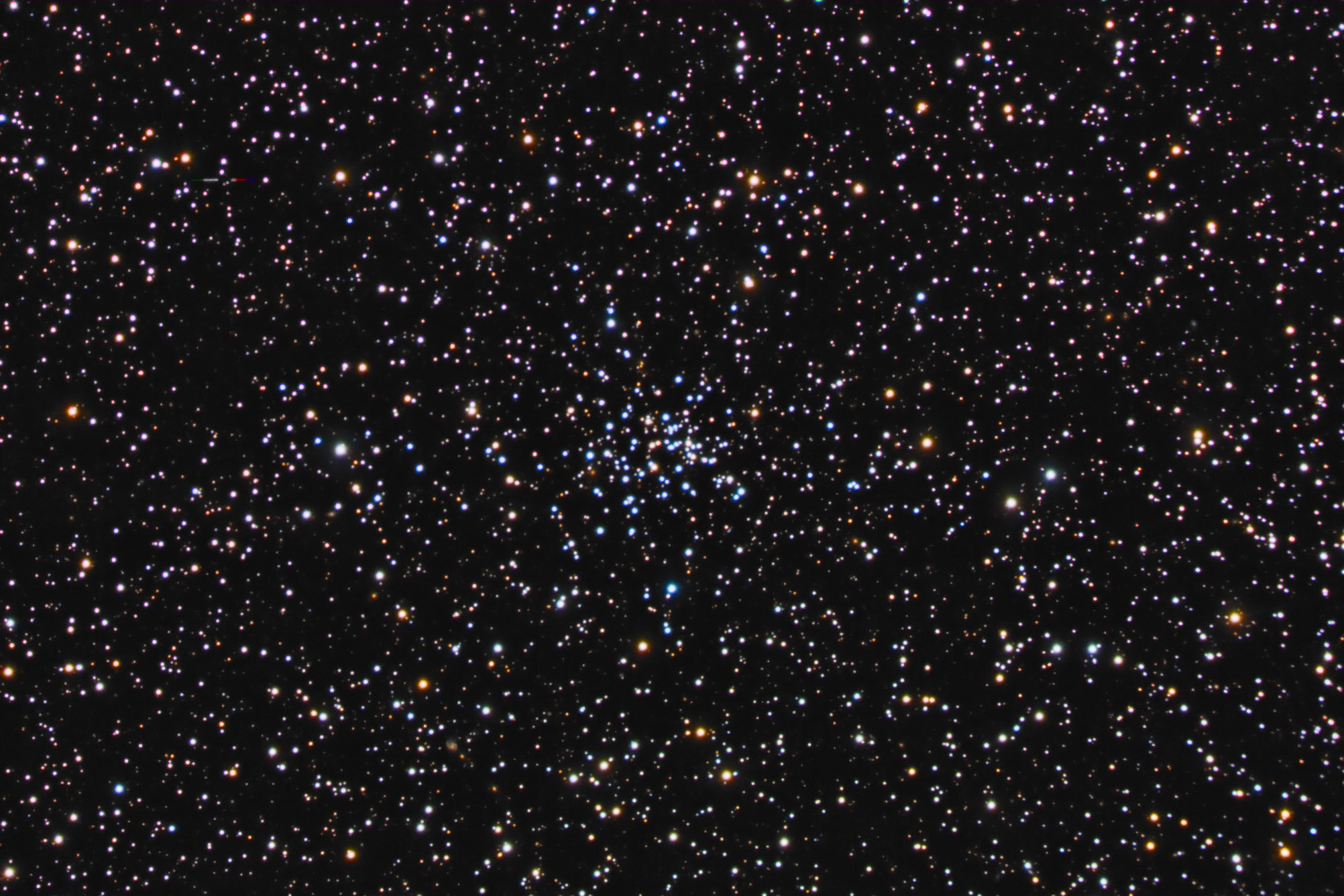 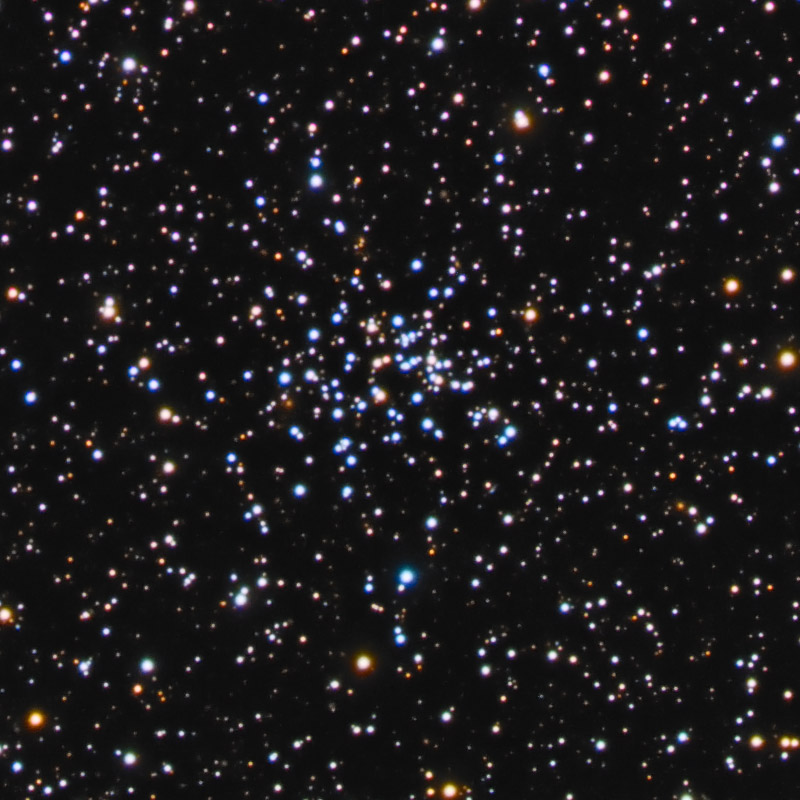 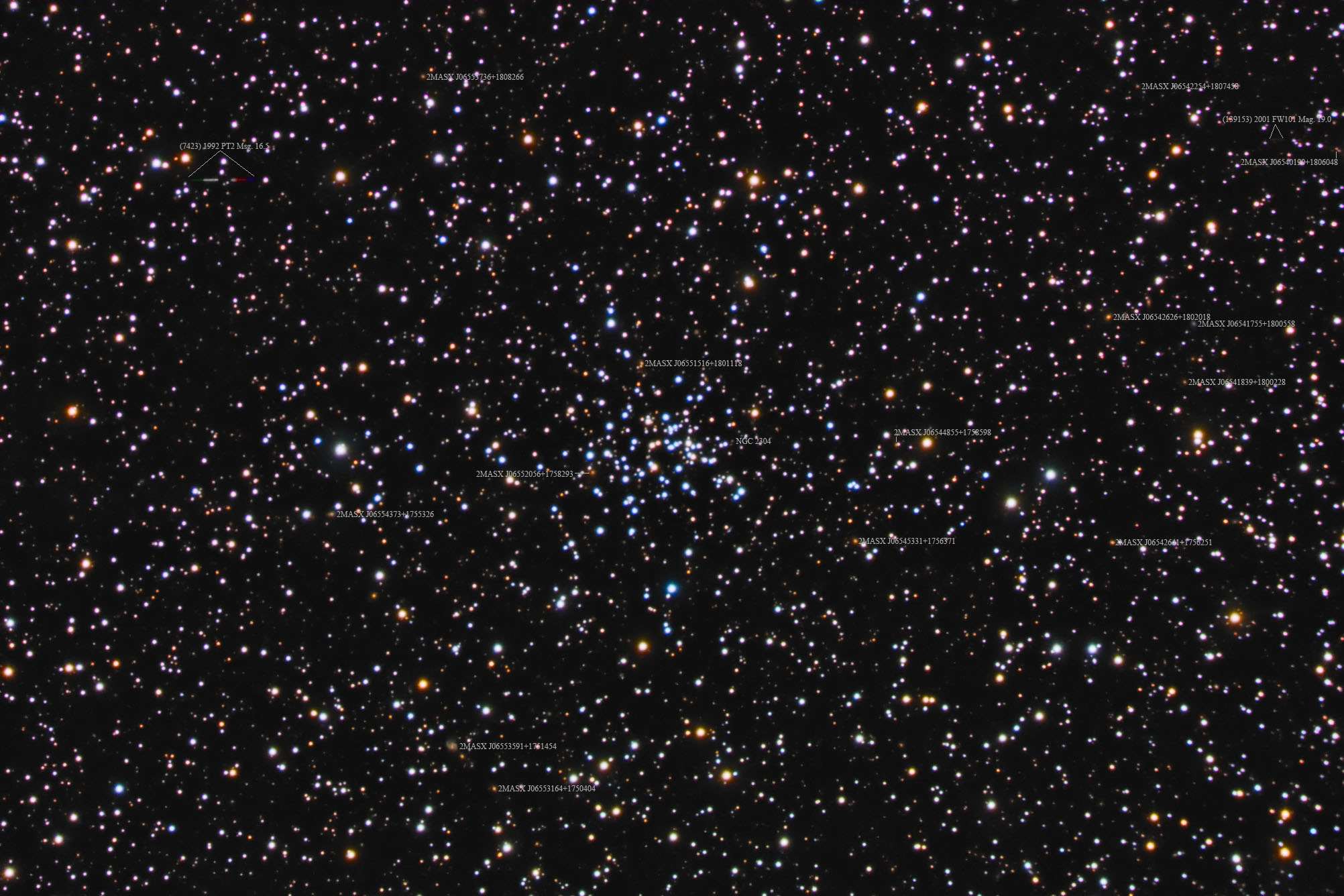