NGC 2316 and NGC 2317 are a pair of overlapping emission nebula in Monoceros about 3,600 light-years from us. Some sources, SIMBAD for example, consider NGC 2317 non-existent others list NGC 2316 as the part around the western star and NGC 2317 the part around the eastern star. In a small telescope, it does indeed seem like two little fuzz patches around those two stars with most of the nebulae not seen. Interestingly SIMBAD lists NGC 2316 as a \"Cluster of Stars\" rather than a nebula. It uses the designation [FT96] 220.8-1.7 for the HII region and GN 06.57.2 for the reflection component. While a few visual stars that I suppose could be called a star cluster are seen in the nebula it hides hundreds of infrared stars. The IR cluster is listed as NAME NGC 2316 IR CLUSTER by SIMBAD. I found an age of 2 to 3 million years for the stars in this obscured cluster. You can read more about it at: http://iopscience.iop.org/1538-3881/136/2/602/pdf/1538-3881_136_2_602.pdf . The paper is a bit deep but some parts are readable.

There is some debate as to which or both NGC numbers apply to this object. The positions are nearly identical. The first entry, now listed as NGC 2316 by the NGC project was by William Herschell on March 4, 1785. The second entry by the Earl of Rosse (probably really Bindon Stoney working for the Earl) was 66 years later on February 20, 1851. This was recorded as NGC 2317. It would seem their scopes would show the stars involved and nebulosity around them. Two stars are in the brightest part of the nebula. Did one pick one star and the other the other star for their location of the object? Though Lord Rosse (Stoney) seems to have seen these as two objects saying about his find now known as NGC 2316: \"makes a close D(ouble) nebula with NGC 2317\". This according to the NGC Project which is back up after being down of late. Though since Dreyer gave 2317 as the entry for the Earl (or Stoney) shouldn\'t that read 2316 rather than 2317? Edit: I went to check this and the NGC Project site is mostly down. What little is up now just equates the two giving the Ross quote.

This rather interesting nebula is surprisingly rarely imaged and then usually only in wide field shots picking up M50 and other nearby objects. This is another object I failed to record why I put it on my list. It is in my log of objects attempted with my 2.4\" scope and only saw as two fuzzy stars back in 1957. That might have triggered my interest. I find no other log entry that I ever looked at it. I should remedy that next winter. Edit: It is in the second H400 program and I\'ve put those on my to-do list that fit my image circle as this one does. I just failed to note it at the time.

To be a broken record, this is yet another taken through poor transparency so much is lost due to that. Yet another for the reshoot list if I can find the needed skies. I\'m beginning to worry this is becoming the normal weather pattern for the area. 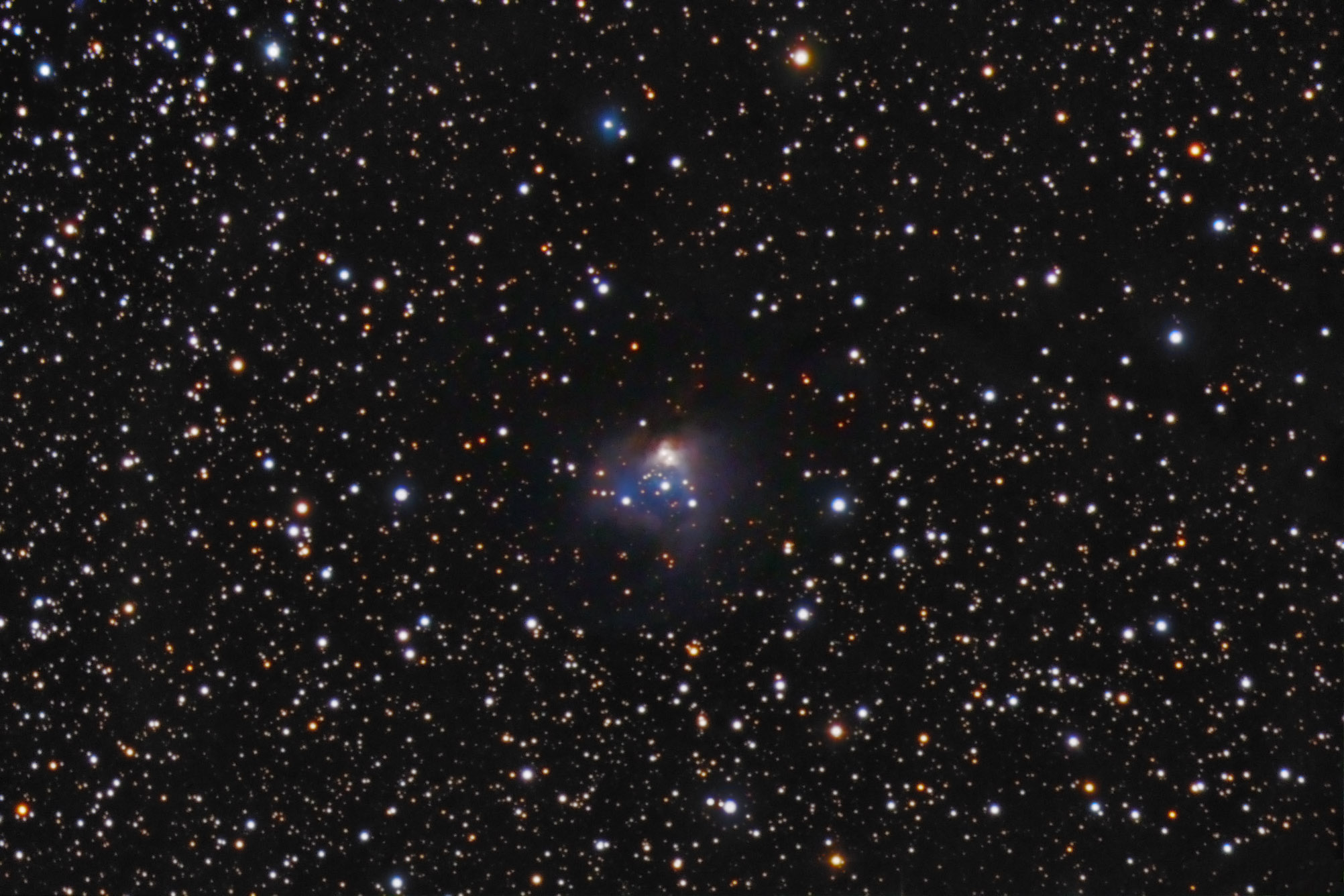