NGC 2336 is a beautiful barred spiral 10 degrees from the north celestial pole in Camelopardalis about 100 million light-years from us. It has many nice arm segments that seem to come from a ring-like structure around the end of the bar. The ring seems rather pink in my image, apparently due to many unresolved HII regions. NED classifies it as SAB(r)bc with a Seyfert 2 nucleus. The NGC project says SBc. It has a companion well out of my field to the south, IC 0467. I might have been able to catch both if I\'d realized it was there. In any case, they don\'t appear to be interacting though are at the same distance. For those with wider fields than mine, they would make a good pair as both have a lot of detail. NGC 2336 was discovered by Wilhelm Tempel in 1876.

The reason I missed it is that NGC 2336 wasn\'t my only target. My other target has been on my Arp-like list for some time. It is PGC 213387 which lies just to the north of NGC 2336. It looks to be a strong candidate for Arp\'s category for spiral galaxies with a heavy arm. Neither NED nor SIMBAD even list it! Though it does show up in my scope control program, The Sky 6 Pro. Obviously very distant I wasn\'t able to find much on it. I can\'t even recall how I came to add it to my Arp-like to-do list. Fields this close to the pole seem to be well outside most galaxy studies. About the only galaxies in NED in this field but for NGC 3226 are entries from the 2MASX catalog of IR sources. None have any distance information so I didn\'t bother to create an annotated image.

Another reason for imaging this field is that NGC 2336 might be related to NGC 2146. I posted it on September 27, 2012. It is a very messed up galaxy thought by the HST group to be messed up by interaction with some other galaxy. NGC 2336 is the only candidate I could find within 5 degrees of it. While the DSS images of it showed no hint of distortion I had to see if I could see any. Nope, it doesn\'t appear involved so that still leaves the distortion of NGC 2146 a bit of a mystery unless it is the product of a merger which seems likely to me.

While the image came out rather well, it too suffered from my lousy weather. I needed two months over many nights to get the 9 frames used here. I never did get a second green frame and the one I did get was very poor. I mostly treated this as a pseudo green image though the green is based on weak green data. A process I\'ve had to learn thanks to my conditions of late. 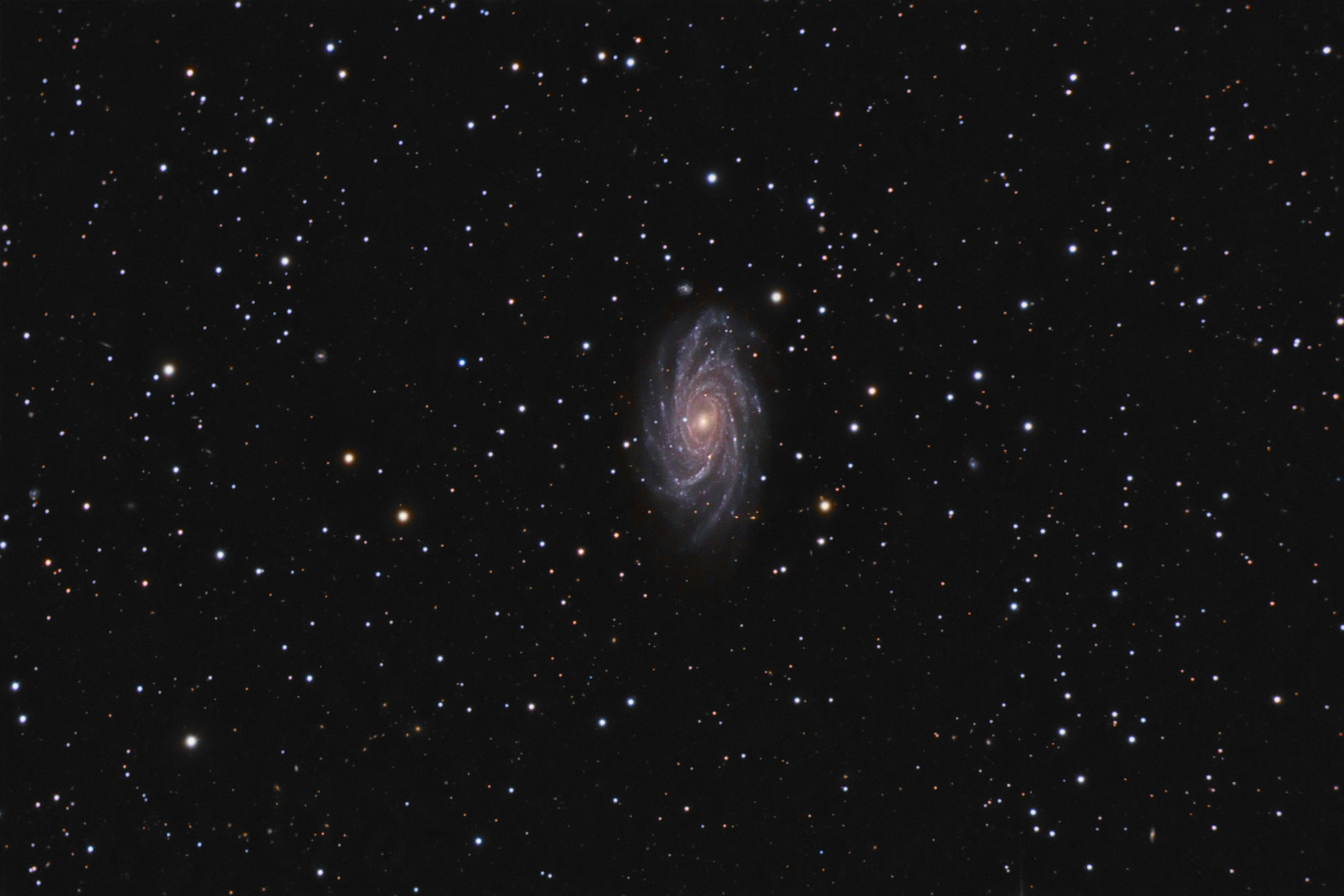 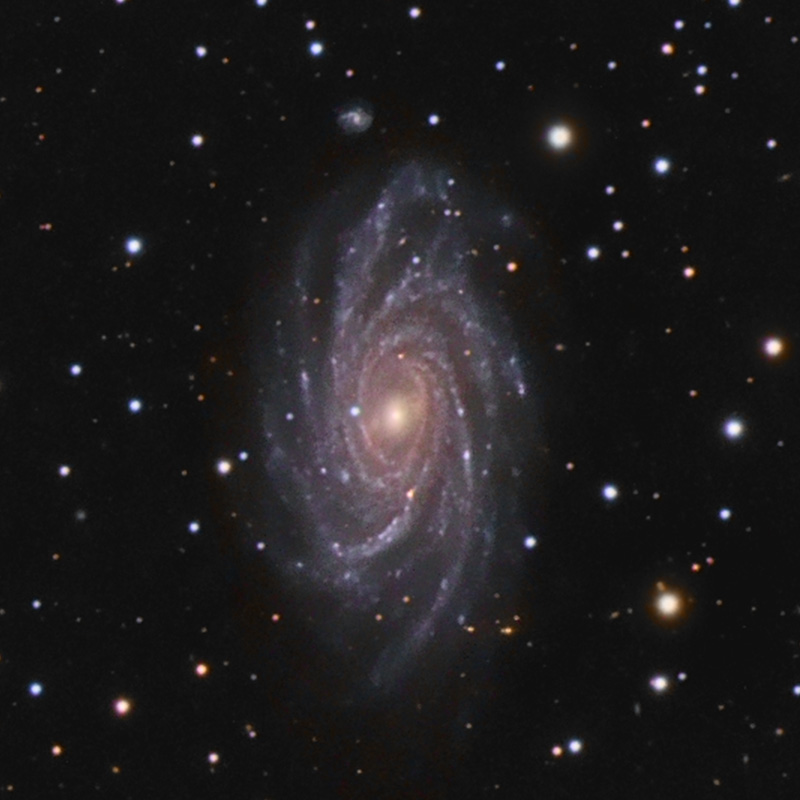