NGC 2346 is a rather famous planetary nebula in Monoceros near Delta and not far from the more famous, far larger, Rosette Nebula. Though the latter is a huge star birth region, NGC 2346 is a tiny star death region being a pair of stars, one of which is dying, thus creating a bipolar planetary Nebula about 2000 light years away. The Hubble Space Telescope took a famous image of this one. It has a good discussion about it so to save my typing fingers I\'ll just refer you to the Hubble page on it. Note their image is false color while I tried to preserve colors as the eye would see them if it was bright enough to activate our color vision.
http://hubblesite.org/image/906/news_release/1999-35

The Nebula was discovered by William Herschel on March 5, 1790. It is in the second H400 observing program. 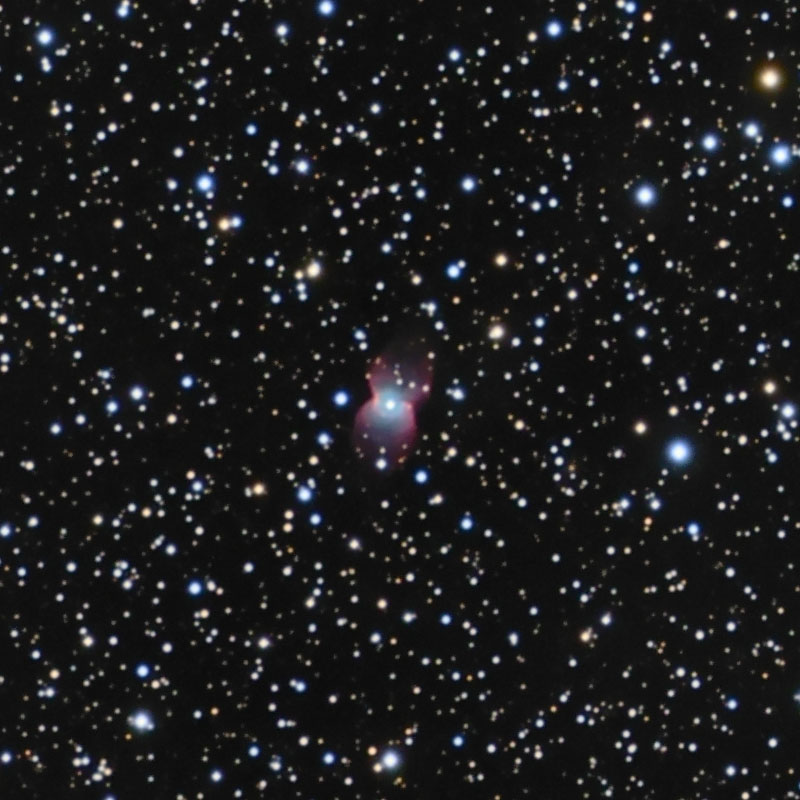 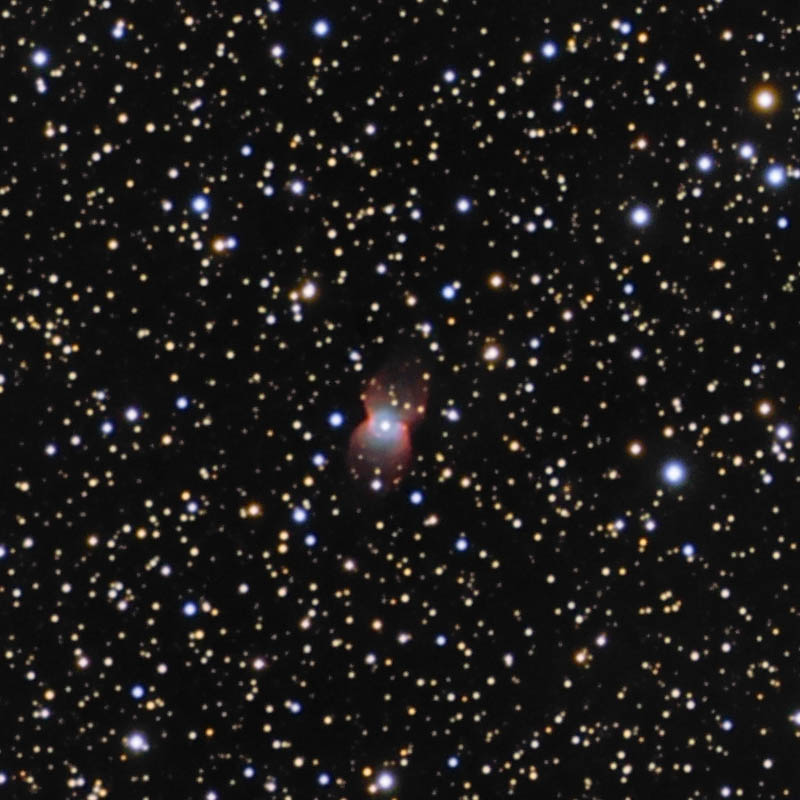 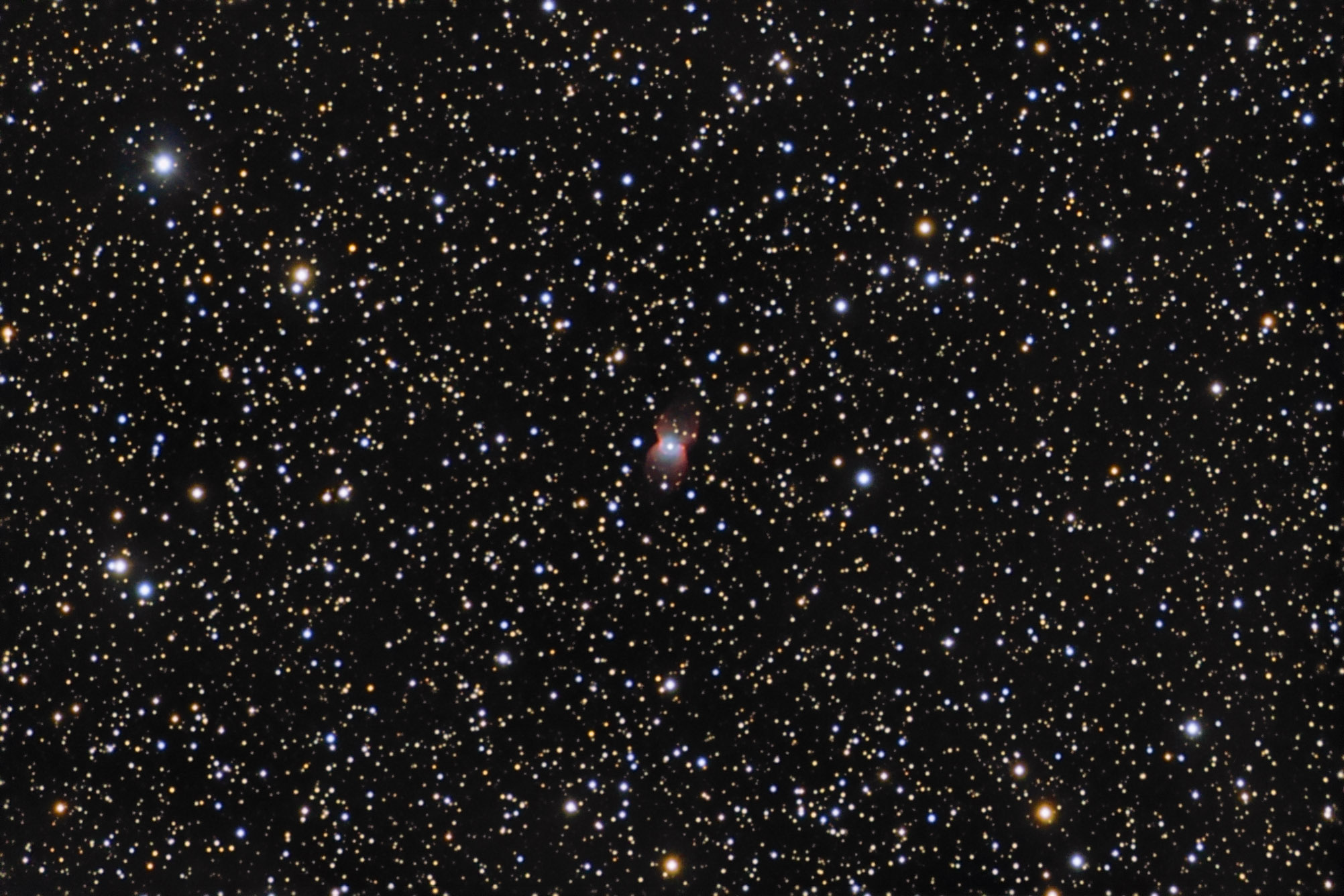