NGC 2392 is commonly known as \"The Eskimo Nebula\" as visually it seems to resemble a face buried in a fuzzy parka hood. This image is taken and displayed at 0.5\" per pixel rather than my normal 1\" per pixel. This image was taken on a night of the best seeing I\'ve had here since building the observatory or since. It was at least twice as good as I normally get. I further improved it using L-R deconvolution. This is the process developed when Hubble turned up with a bad mirror. If all the errors are due to the same thing (a misfigured mirror in Hubble\'s case) then it is possible to put that out of focus fuzz back where it belonged. It is a long and slow process when done correctly. Normally seeing errors are very random so this process doesn\'t work well. But when seeing is very good then it can make things even better as it has in this case. It took about 30 minutes doing over 1 billion calculations a second to accomplish this feat. I normally don\'t have conditions that allow this processing but it worked in this case.

It was discovered by William Herschel on January 17, 1787. It is in the original H400 program. My visual comments from that on March 16, 1985 with my 10\" f/5 at up to 300x on a below average night reads: \"Small two shelled planetary with a bright central star. Long one of my favorites. Like most planetaries, it holds up well under high power. Turbulent seeing limited power tonight.\" It is in eastern Gemini. Distance estimates vary a bit but most are around 2,900 to 3,000 light-years.

Being bright I used only 6 two minute exposures for the detail and 3 two minute ones for each color. All were taken at 0.5\" at a time I was normally binning most images 2x2. The data was taken on October 29, 2006. I could take color data back then but had no idea how to process it at the time. So this one wasn\'t processed until a year later. 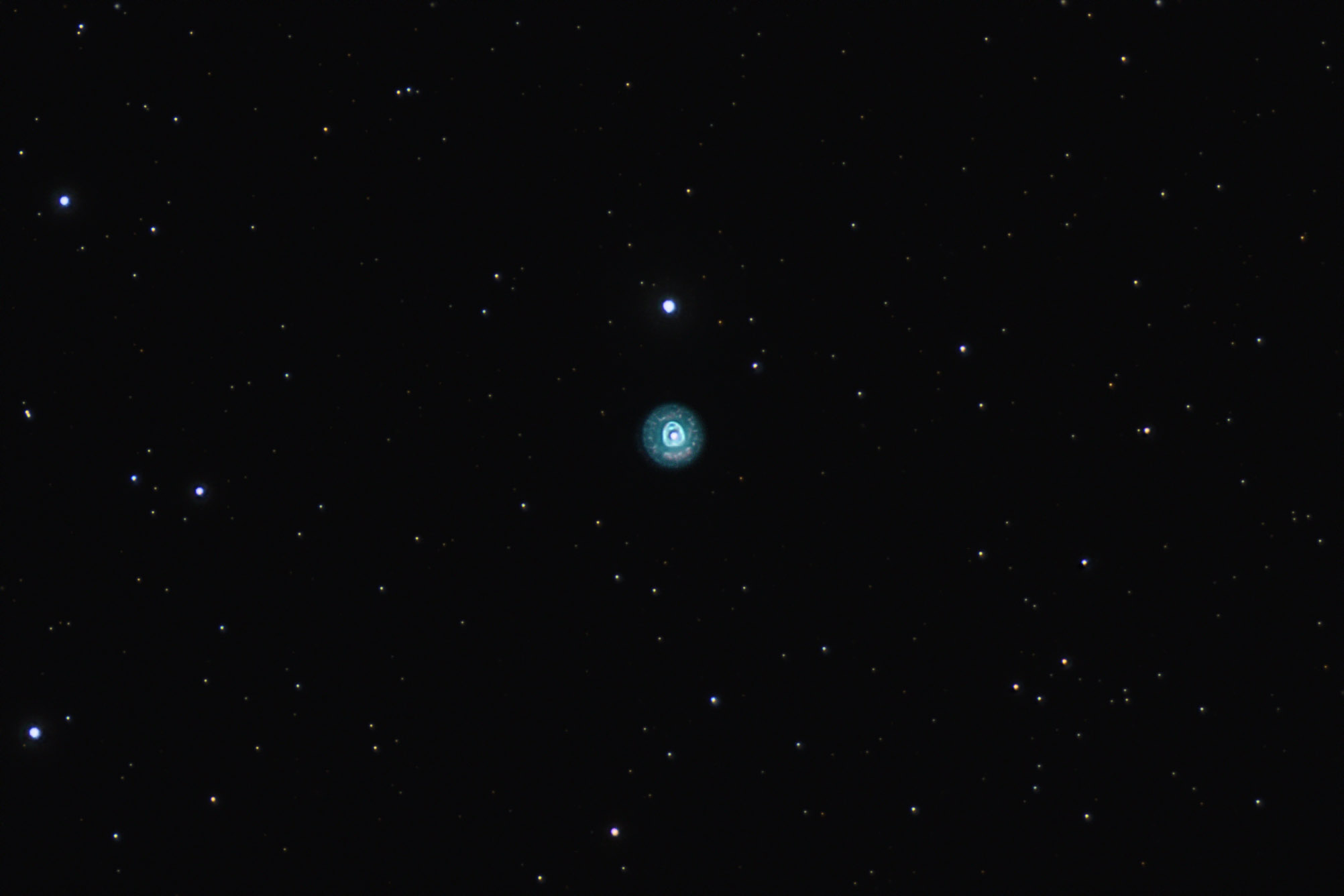