NGC 2449 and IC 476 are a possibly interacting pair of galaxies in Gemini about 1.1 degrees southeast of Pollux. While at the same redshift there are no tidal plumes between the two. NGC 2779 looks pretty ordinary but smaller IC 476 is rather odd. The arm coming off the southwestern end of the bar is rather straight with only a slight curve and is rather red indicating little star formation for some time. The other arm comes off a short bar and is highly curved as well as blue. NGC 2449 appears to be a red and dead spiral with little star formation going on. Its spiral structure seems a bit odd with a somewhat blue segment splitting into two, both of which turn red. No arms seem to originate at the core but start well away as if from an invisible bar. It likely is my poor resolution giving this illusion still it may be an indication of interaction between these two.

There are three asteroids in the frame, two of which are fainter than 20th magnitude though one has such a short trail it appears rather bright for its magnitude. The other is very bright at magnitude 16.6 per the minor planet center. It\'s naming citation reads:
(6618) Jimsimons = 1936 SO
Jim Simons (b. 1938) is an American mathematician and philanthropist. He is the co-inventor of the Chern-Simons form, which has important applications in physics. Along with his wife, Marilyn Simons, he co-founded the Simons Foundation, a charity that supports math and science research.

If curious about the Chern-Simons form see: https://en.wikipedia.org/wiki/Chern%E2%80%93Simons_form 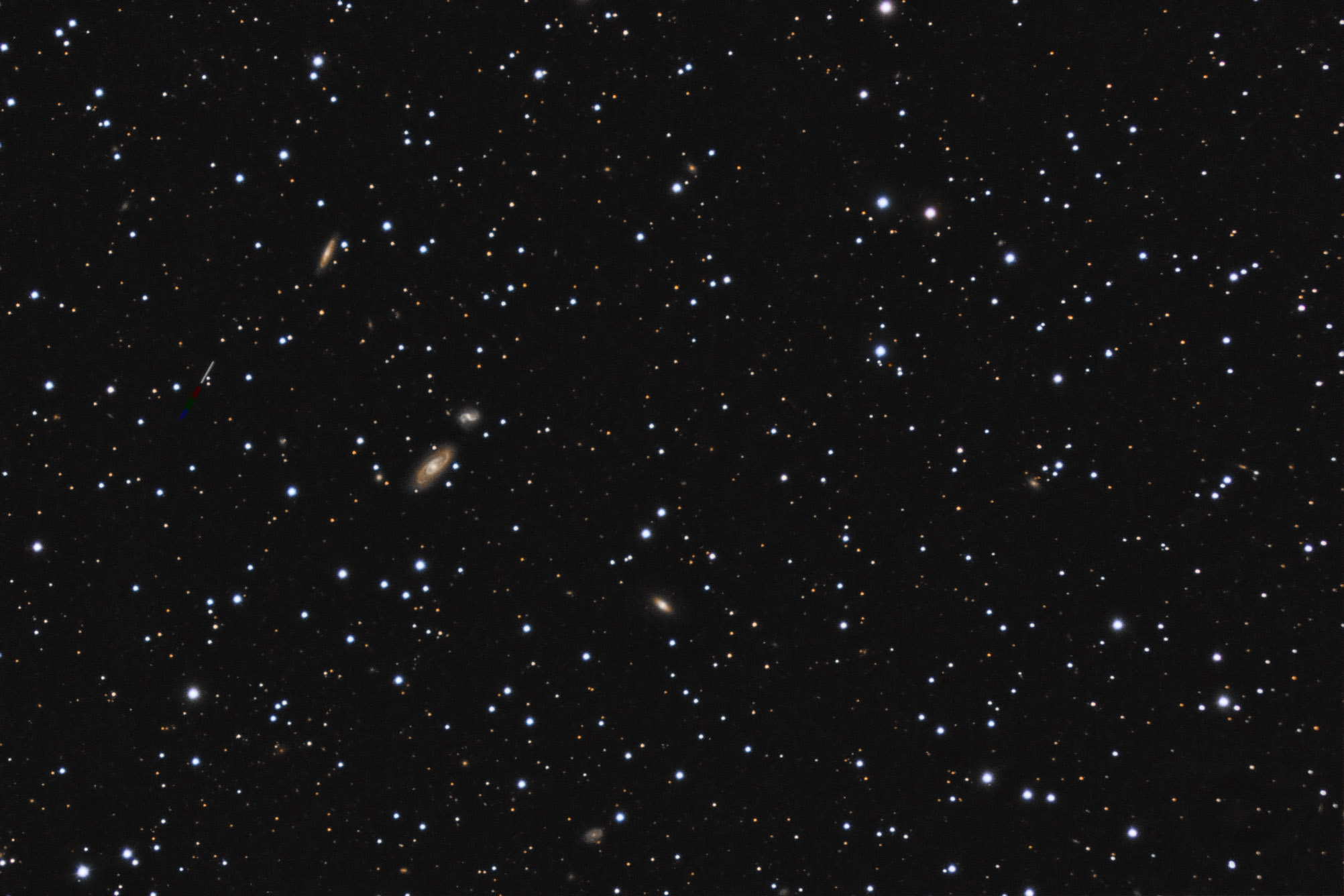 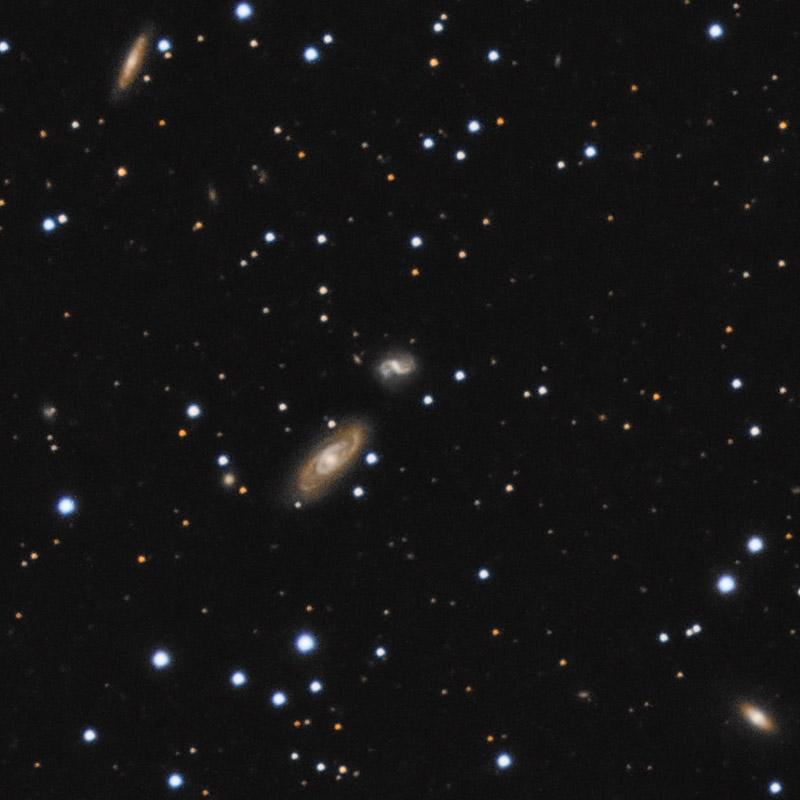 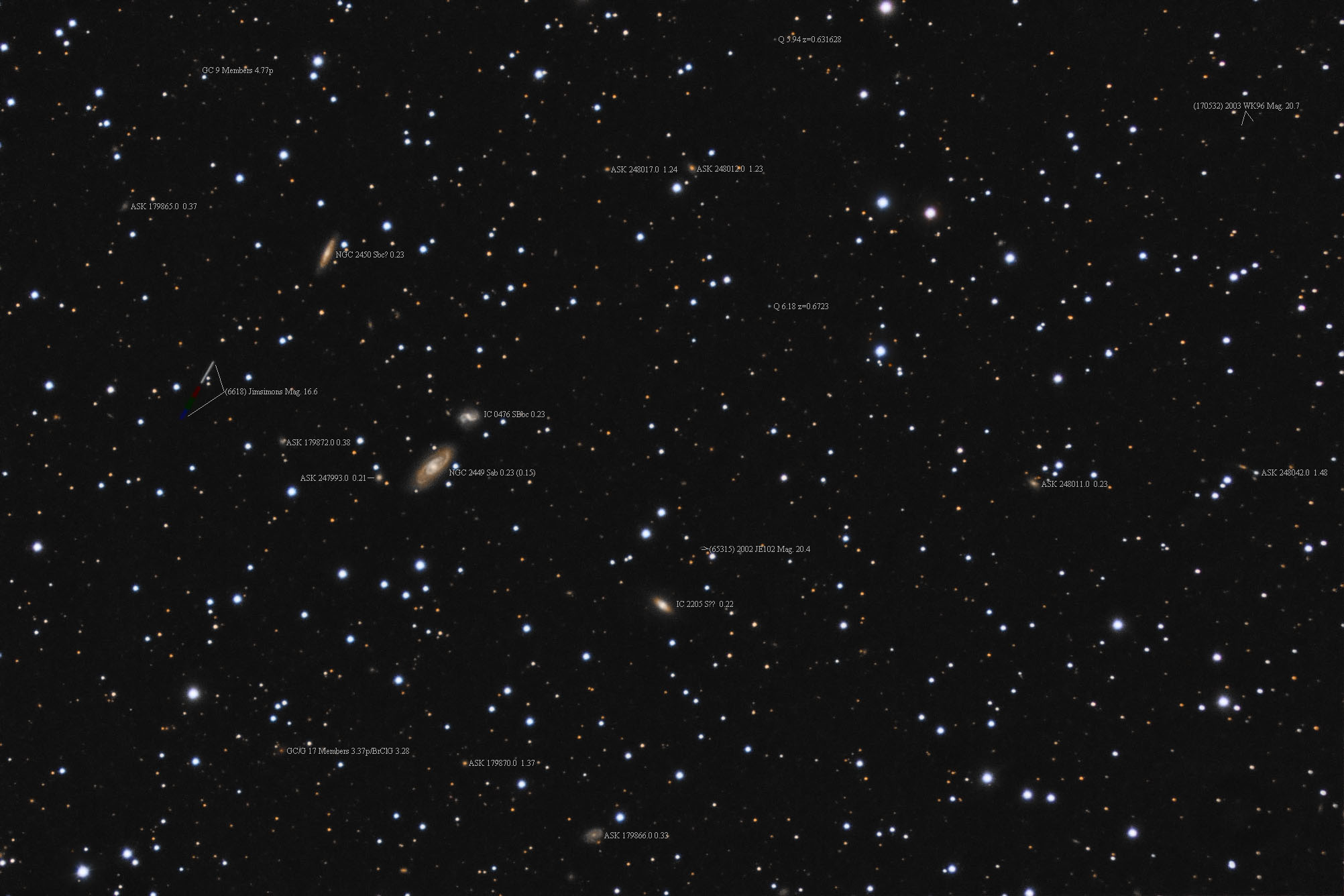