NGC 2506 is a type I2r open cluster in Monoceros. It seems there\'s little agreement on anything else. I find an older paper saying it is 9,000 light-years distant and 3.5 billion years old, later studies say 11,000 light-years distant and 2 billion years of age. WEBDA says 11,000 light years agreeing with a 1981 study but puts its age at 1.1 billion years. It still has some blue color to many of its stars. That would argue against the older ages though WEBDA shows it little reddened, less than 0.1 magnitudes. Other papers say the cluster is of low metallicity which results in stars being at least a bit bluer than similar aged stars with the sun\'s level of \"metals.\" That may complicate the age issue some. WEBDA puts its metallicity at -0.37. The lower metallicity may be due to its significantly more distant location from the center of the galaxy. At least one paper suggested this.

The cluster is a great imaging target but I found few amateur images of it considering it is a lot more photogenic than most I take. It was discovered by William Herschel on February 23, 1791. It is in the original Herschel 400 observing program. My entry dated March 23, 1985 at 60X on an average night with my 10\" f/5 reads \"Small, very rich cluster consisting of a dozen bright and 100 or so (at least it seemed like that many) 13th magnitude and fainter stars. The guide reports nebulosity seen in a 6\". This must be due to these faint stars as I saw no hint of nebulosity in my 10\". I didn\'t try my 6\" f/4 on it, however.\"

My image shows no nebulosity either. Seligman says of the visual appearance of the cluster: \"NGC 2506 consists of several hundred faint stars thickly scattered across a region 8 to 12 arcmin in diameter. The cluster is not very impressive visually, as few of its stars are bright enough to be seen individually, and the rest merely form a faint hazy background; but it is a beautiful photographic object.\" He must be using a smaller scope than a 10\" or under poor skies as I apparently was seeing a lot more of its stars.

There are only a couple star-like galaxies noted at NED in the field neither with redshift data so I didn\'t prepare an annotated image. Both were from the 2MASS survey. Others without sufficient IR emission may be in the image as they are poorly studied due to its location in the Zone of Avoidance. 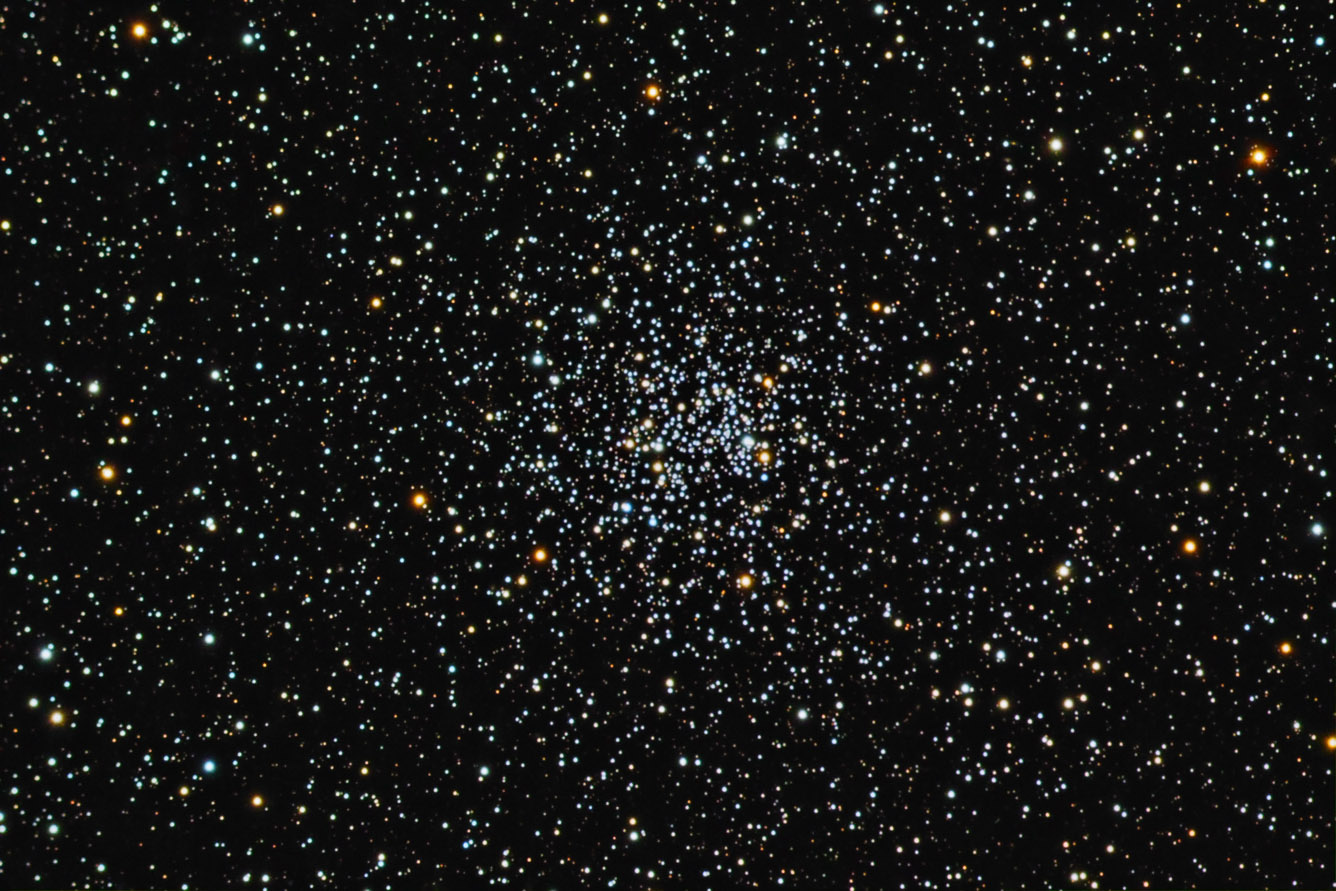