My target was the face on barred spiral NGC 2718 but serendipity stuck again. Also in the field was UGC 04703 a neat pair of possibly interconnected galaxies in Hydra. Redshift puts NGC 2718 at 190 million light-years and UTC 04703 a bit closer at 180 million light-years. They are obviously tiny in comparison to NGC 2718. I measure it at about 130,000 light-years across. A bit bigger than our galaxy. The southern member of UGC 04703 has a faint plume to the east. Including it but not the apparent bridge between the two galaxies it is 51,000 light-years across but omitting the plumes it is only 16,500 light-years in size. Its companion is only 10,500 light-years in size. The pair spans a distance of 110,000 light-years. Obviously one or both were larger than we seem them now with the stars of one or both strung between the two.

Considering the redshift of both the NGC and UGC galaxies is similar it could be they are related. I found nothing on this, however. NGC 2718 was discovered by William Herschel on March 24, 1786. It isn\'t in either of the two Herschel 400 programs.

The night I took this image wasn\'t all that great for transparency. There were clouds in the middle of the luminance exposures that cost me quite a few photons. The asteroid trail on the right edge almost vanishes in the middle due to these clouds. Several other asteroids, besides the two I\'ve annotated are in the frame according to the Minor Planet Center. Most moving very slowly yet they can\'t be seen in my data at all. Given this, I was totally shocked to see the most distant object identifies by NED as a galaxy with a verified spectroscopic redshift that puts it almost 9 billion light-years distant. Many in the 4 to 6 billion light-year range are annotated. Since most are so faint you will likely have to enlarge the image just to find them I didn\'t annotate them all. Considering the clouds I\'m amazed at how deep this image apparently goes. I did pick up one a bit further away but it\'s PSF and lack of a verified redshift indicate it could be just an unusually blue star or a quasar. In this case, it definitely is a galaxy.

Also, the image contains what NED labels as NGC 2718A at 17th magnitude so quite bright. It gives it an error circle with a radius of 10 seconds of arc. I\'ve put the label where they say it is but there\'s nothing there or within 10\" of arc of that position brighter than 23rd magnitude. I can\'t find any other reference to anything named NGC 2718A other than this NED entry. 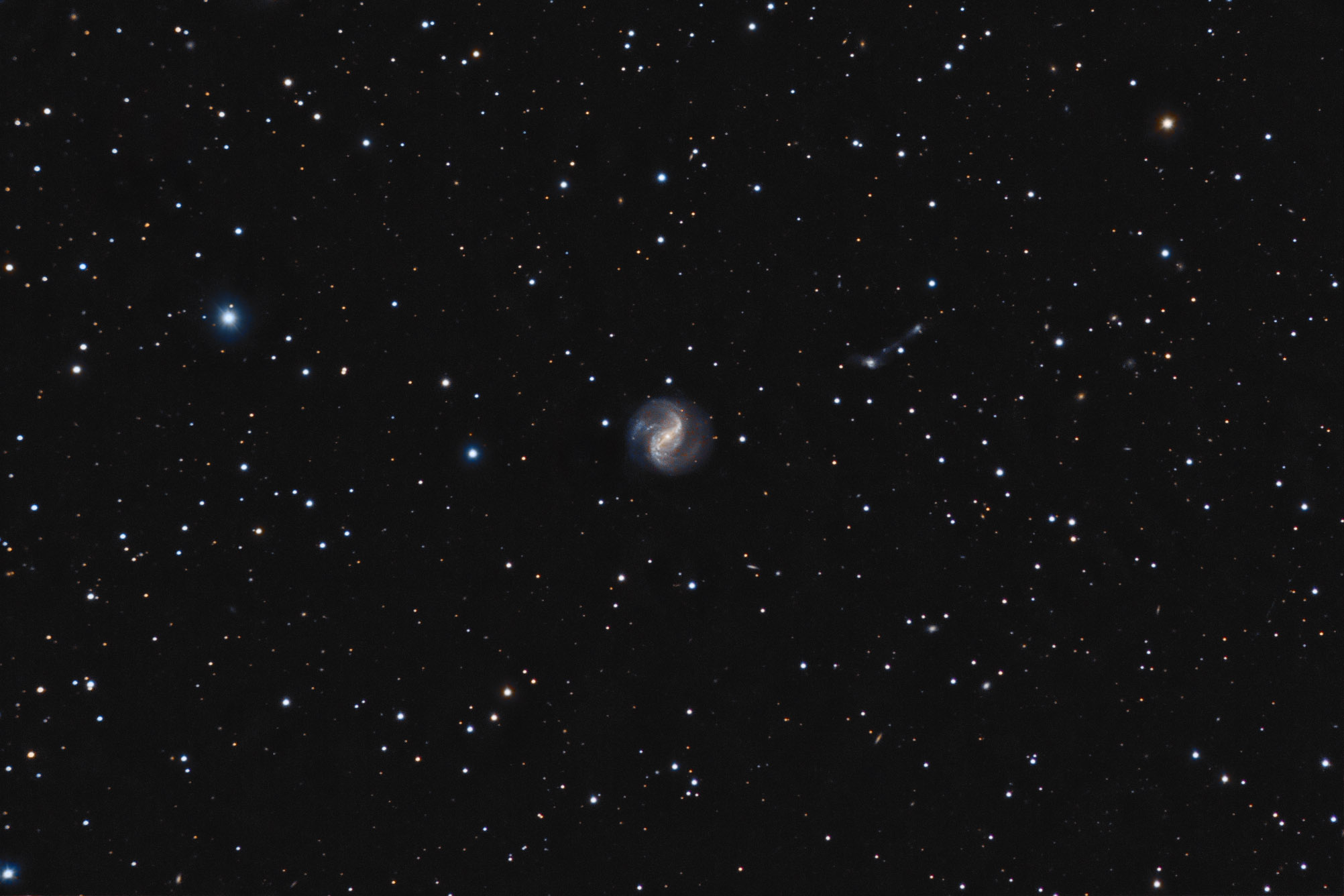 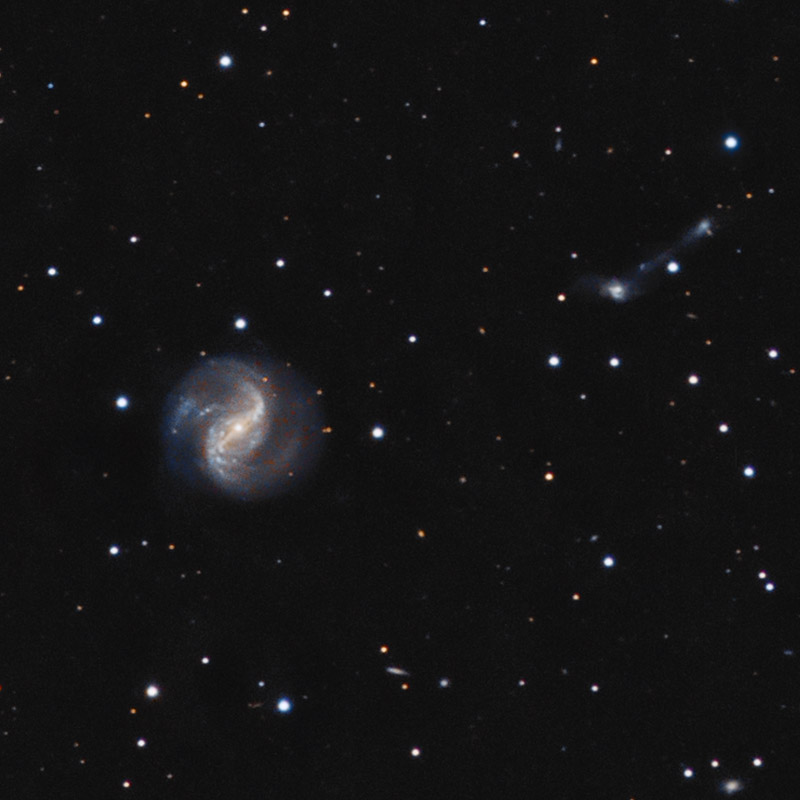 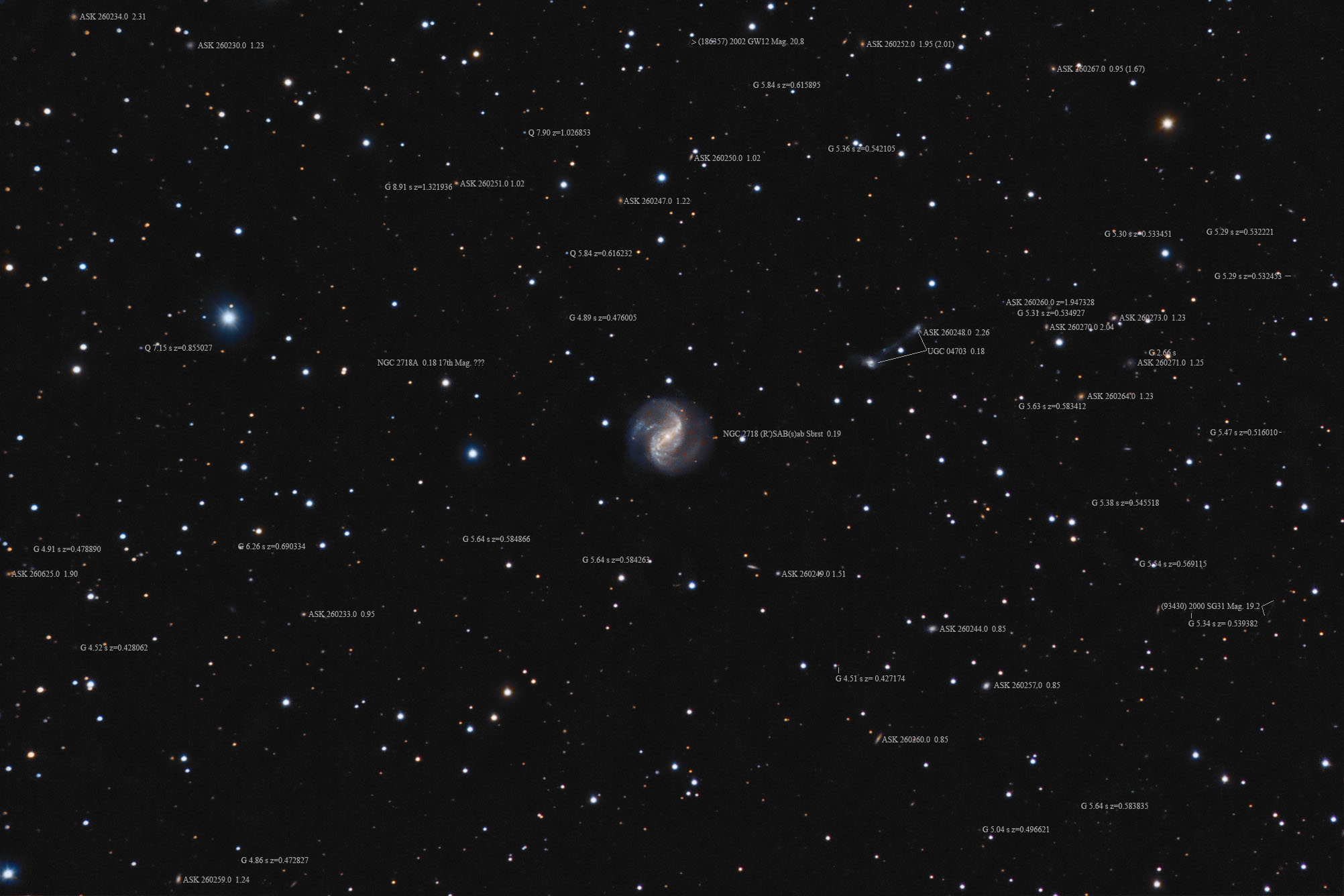