I image rarely seen, usually peculiar galaxies. This one is rarely seen but the only thing peculiar about it is it is very normal with lots of detail yet I imaged it anyway. I did so as I\'m working on all H400 galaxies I can from my latitude. Being a classic grand design spiral with a lot of detail I was more than a little surprised to find virtually no images of it on the net. Why such a nearly perfect spiral isn\'t all over the net surprised me. One paper says of it; \"The spiral pattern in NGC 2742 is beautifully regular. It is multi-armed; five crossings of the major axis can be traced on one side and three or four on the other (depending on whether one counts satellite arm fragments as separate arms).\" There is a diffuse radio emission to its north. Is it related? I found one paper saying maybe.

Redshift puts it about 65 million light-years from us. Non-redshift measurements put it about 73 million light-years from us. I suspect these are a bit more accurate than redshift as local motion can distort the distance of galaxies this close to us. Still, the difference isn\'t all that great. It carries two NGC numbers NGC 2742 and NGC 2816. The former is due to William Herschel finding it on March 19, 1790 Later his son John found it. Apparently, he used a different position. In any case, his finding was recorded by Dreyer as NGC 2816. John found it on March 30, 1832. Most refer to it by NGC 2742. It is in the original H400 program. My log entry from that dated April 14, 1985 with my 10\" f/5 at 100x on a humid night cutting transparency reads: Small, featureless galaxy. An evenly bright oval only slightly brighter toward the center. Seems more lime 12.5 magnitude not 11 as listed.\" Sounds like the humidity was more of an issue than I thought. I measure its size as about 64,000 light-years. Rather typical for a spiral of this type.

There is a rather nearby companion, about 40\' of an arc to the southeast, out of my frame, NGC 2768. It is about 67 to 68 million light-years away. This would put them less than a million light-years apart if at about the same distance from us. It too was found by William Herschel the same night as he found this galaxy. But being E6 or S0 depending on the source, it isn\'t nearly as interesting, to me anyway being nearly featureless. It too is in the original H400 program but I\'ve not taken it so won\'t go into it further until I do.

Transparency wasn\'t a problem the night this image was taken. I\'ve picked up galaxies past 6 billion light-years distance and 23rd magnitude. Seeing wasn\'t quite up to the transparency but still better than most nights the last few years. I hope this will continue. 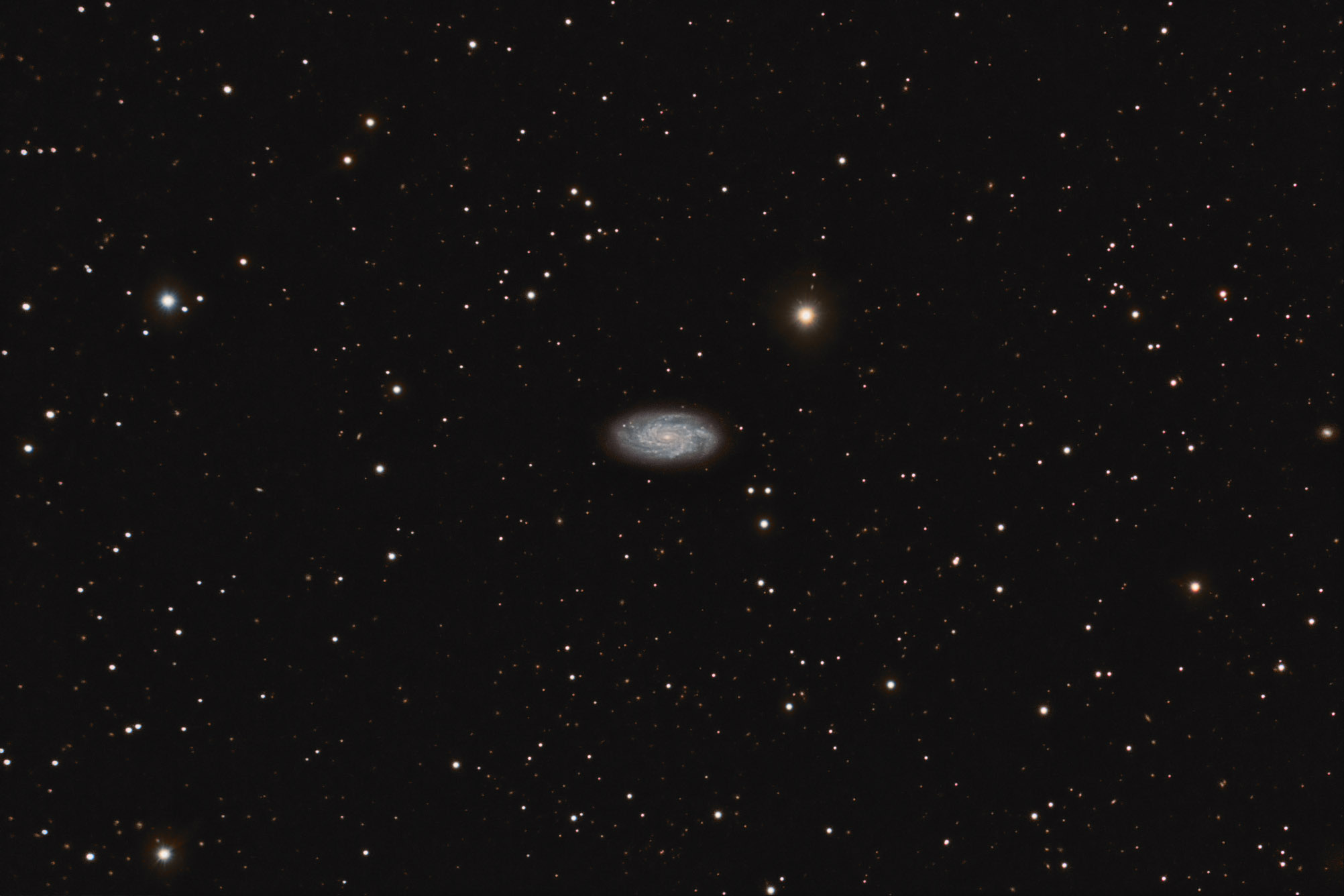 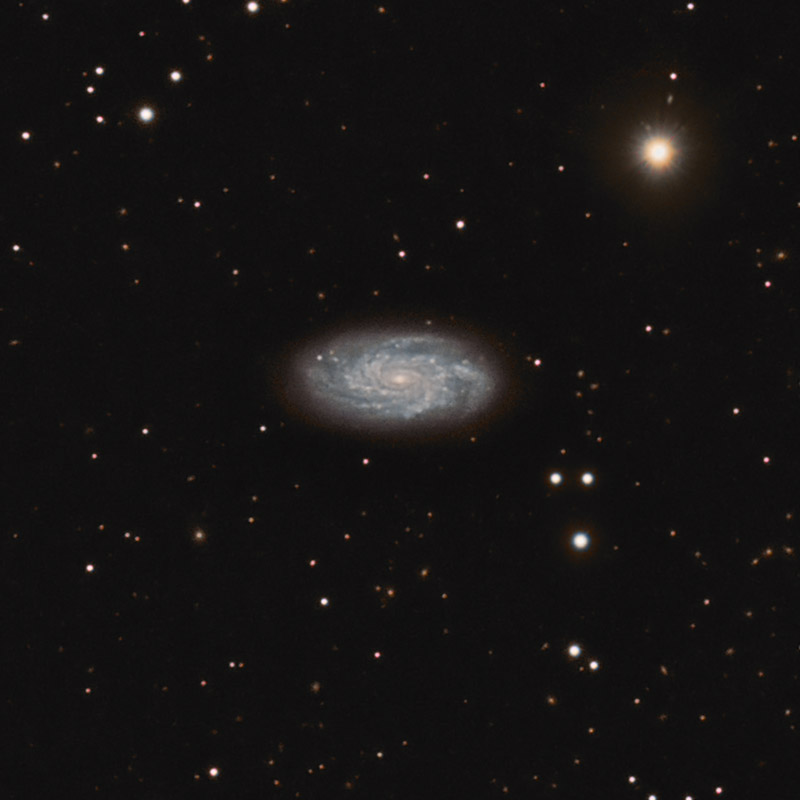 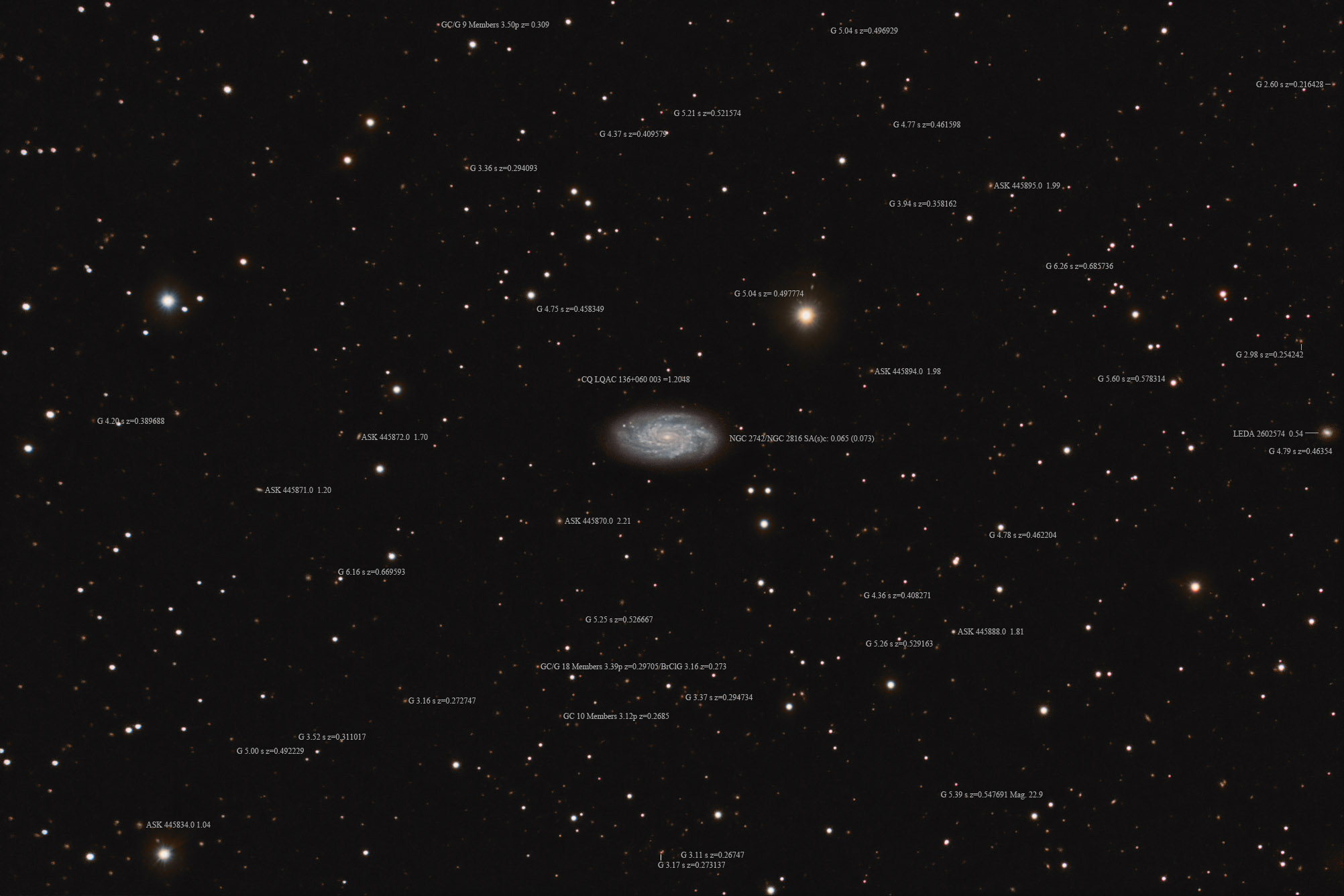