NGC 2748 is a polar ring spiral galaxy located in Camelopardalis just west of Draco\'s tail. It is a medium size spiral about 66,000 light-years across assuming its redshift look back time of 69 million years is correct. That agrees very closely to the median value of Tully-Fisher measurements which give 68.5 million light-years for its distance. The polar ring is inferred from the two broad star sprays seen at right angles to the plane of the galaxy\'s disk. It was discovered by John Herschel on September 2, 1828.

The galaxy is located near the pole and thus in the IFN nebula that fills this area of the sky. My exposure time of only 40 minutes didn\'t begin to pick up its full extent but does show the brighter patches throughout the image frame especially to the north.

This high declination is little studied except by the 2MASS which doesn\'t pick up much more than a galaxies position. Thus no other galaxy in the image had any useful data at NED. No annotated image was prepared because of this lack of data.

At least conditions were stable enough I was able to collect one round of data. Due to the IFN, I\'d planned on several more but sky conditions conspired to prevent that. I\'m lucky to have gotten this much. 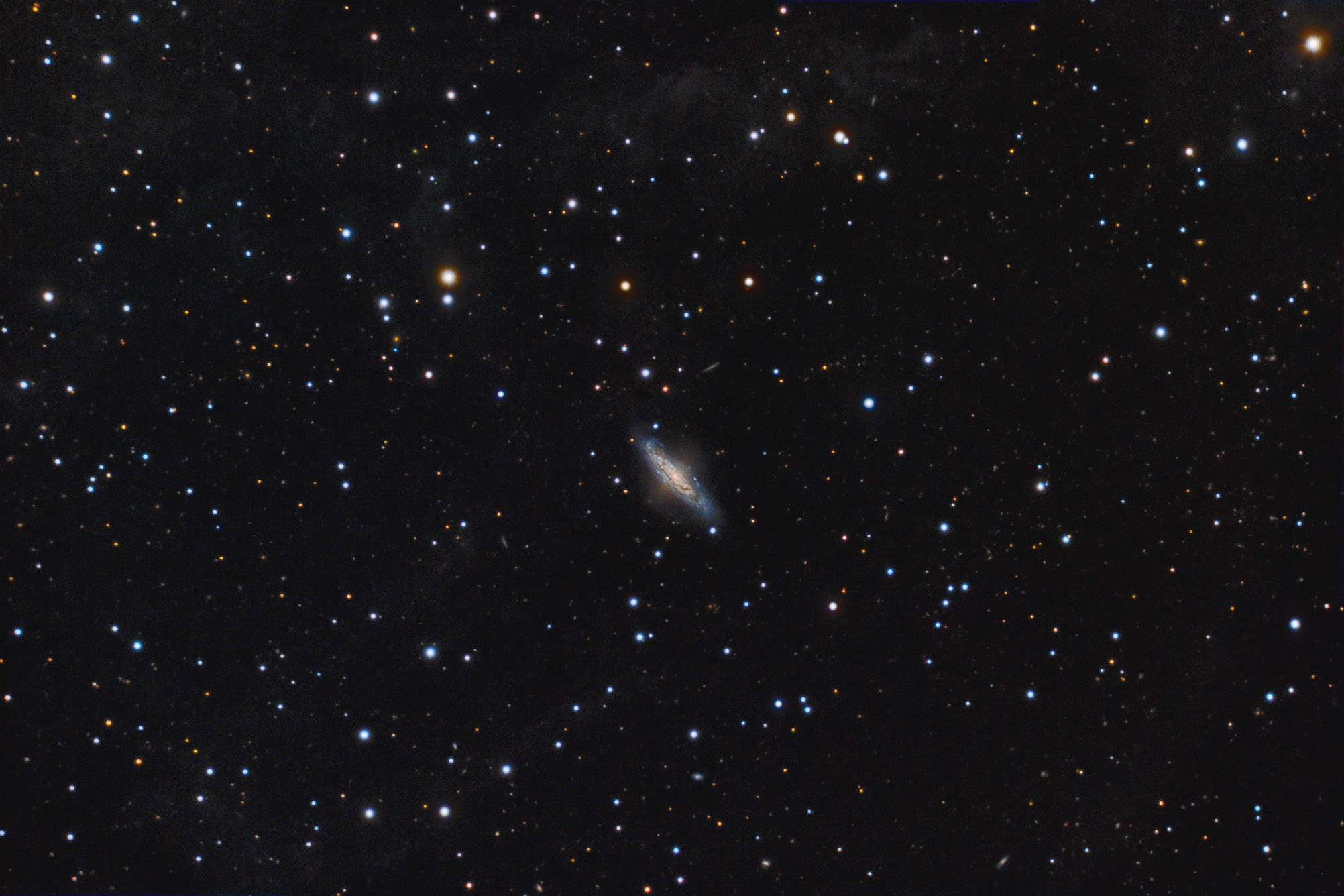 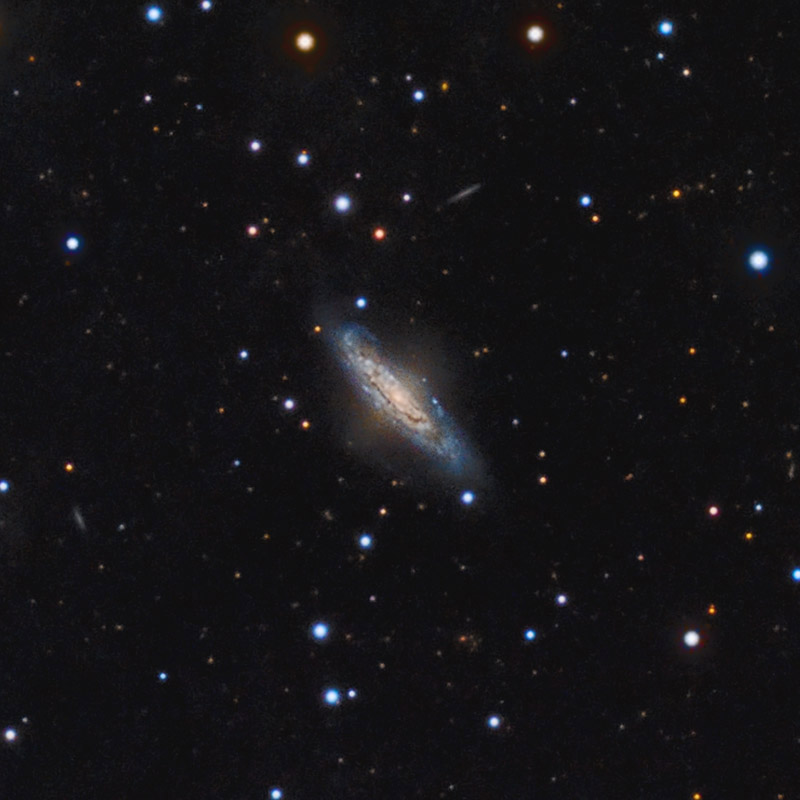