NGC 2889 attracted my interest as it fits Arp\'s category for galaxies with one heavy arm. It does so to my eye better than some he did include. It is classed as SAB(rs)c at NED. The NGC Project say Sb+. So the NGC project says it doesn\'t have a bar though to my eye it has a short one running nearly east-west, a bit tipped to the north at the west end. Its spiral structure is only slightly blue indicating it has few if any really recent star formation going on in it. It was discovered by William Herschel on March 19, 1786 and is in the second Herschel 400 object list.

NGC 2884 is a rather normal looking spiral seen rather edge on that\'s unusually large as already mentioned. Its core region is quite red but the outer arms quite blue so there\'s quite an age difference in the stars in this galaxy compared to the rather blah coloration of NGC 2889. It is classed as S0/a? by NED and Sa by the NGC project. While Herschel found 2889 he somehow missed NGC 2884 which wasn\'t discovered until 79 years later by Heinrich d\'Arrest.

This part of the sky is poorly studied for galaxies. Only these two galaxies had distance data and most of the others you see in my image aren\'t even mentioned at NED as galaxies. The edge on at the bottom edge left of center is only listed as an Ultraviolet Source even though it is obviously a galaxy. Due to the dearth of information, I didn\'t prepare an annotated image.

As was common this spring skies were awful which was compounded by an aurora brightening the sky and playing havoc with color balance. Seeing the field was being washed out by skies over 10 times brighter than normal I started to take a second round the next night. However, conditions quickly went even sourer and only one luminance frame was obtained before the observatory shut itself down. I decided to go with what I had even though with the very bright sky it is much noisier than I\'d normally allow. But then that\'s the norm for this spring it seems. 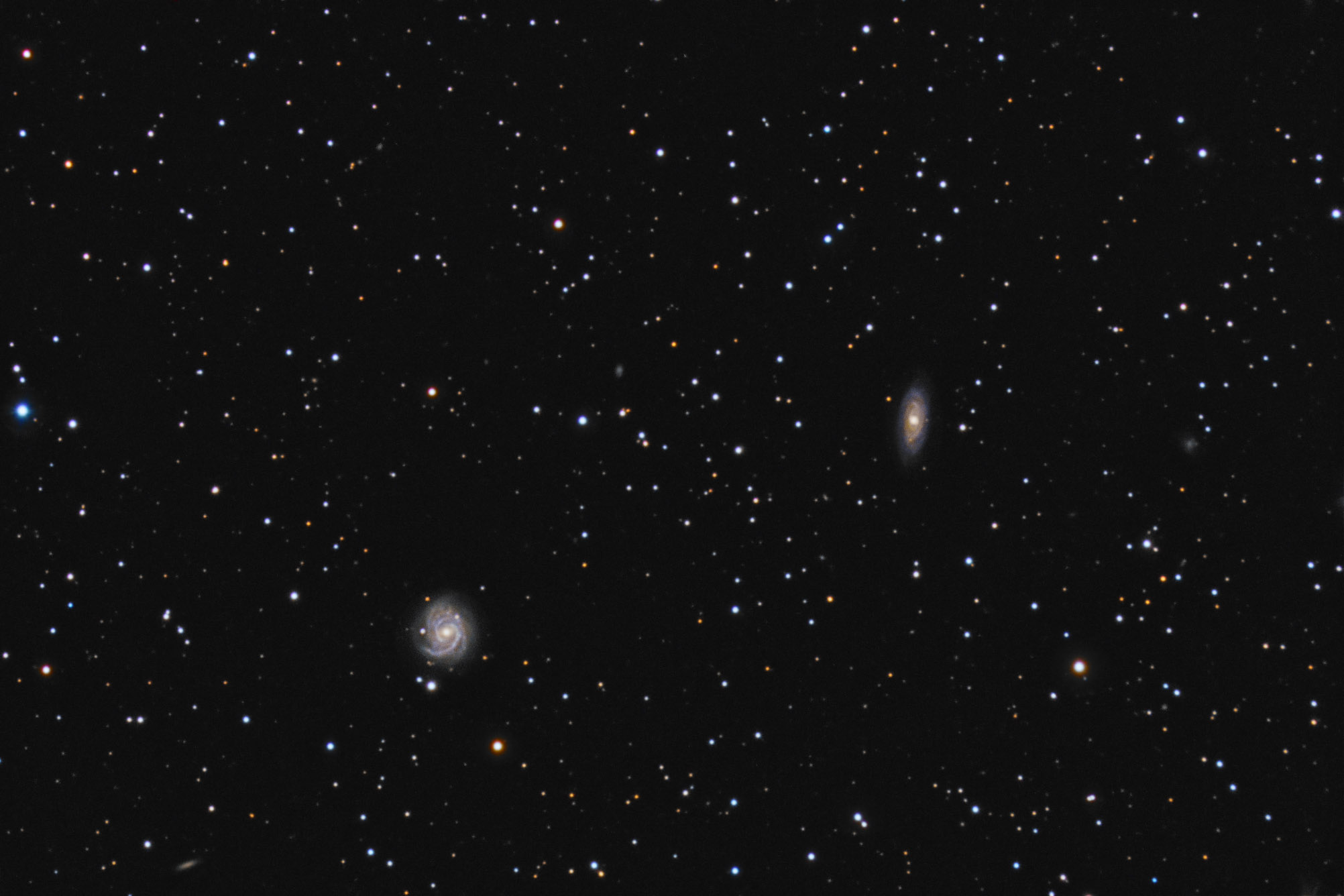 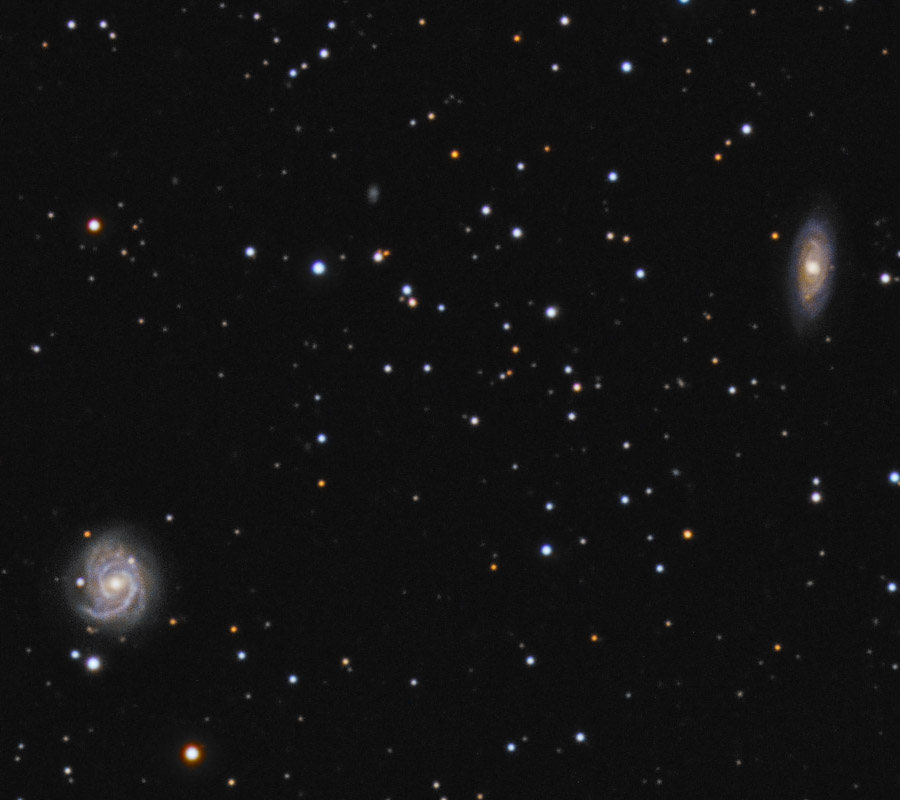