NGC 3016, 3019, 3020, 3024 is a 4 galaxy group according to many catalogs. Really it is a pair of two galaxy groups as the first two have a redshift putting them 420 million light-years from us while the last two are much closer at about 80 million light-years. I see no sign of interaction between the latter pair but the more distant pair may have had a minor interaction in the past. NGC 3019 has a plume on the northeast end while NGC 3016 has a rather unsymmetrical arm structure. This may be a coincidence.

As mentioned, NGC 3020 is full of knots. There\'s an orange star at the western end that could pass for a separate galaxy. One blue spot in the galaxy is listed by the SDSS as a separate galaxy, SDSS J095004.52+124826.6. Its redshift is virtually the same as that of NGC 3020. Another knot is listed as part of the galaxy. I really see no difference between this one classed as a galaxy and others that are considered knots in the galaxy. I\'ve marked it on the annotated image, whatever it is.

There appears to be a third member of the NGC 3020-24 group. It is a dwarf northeast of NGC 3024. It is apparently a radio galaxy as it is AGC 192239. AGC is the Arecibo General Catalog. Is it strong in the radio frequencies because it interacted with one of the other two or is this just natural to the galaxy? I don\'t know.

The image contains 7 asteroids down to 21st magnitude. Several others are seen in the raw FIT image stack but are very faint unless stretched further than the rest of the field needs. The seven are identified in the annotated image. I\'ve listed them below along with their estimated magnitude from the Minor Planet Center.

The name citations for the three named asteroids read:

(2435) Horemheb = 4578 P-L
Named for the last pharaoh of the eighteenth dynasty in ancient Egypt. His tomb was recently excavated by a joint British-Dutch expedition.

(6986) Asamayama = 1994 WE
Mt. Asamayama is a triplex stratovolcano at the border of Gunma and Nagano prefectures, with an altitude of 2565 m above sea level. It has a 350-m-diameter crater called \"Okama\", where smoke still rises. It is known as one of the most active volcanoes in Japan.

The galaxy cluster in the southwest (lower right) corner of the image is GMBCG J147.27767+12.57316 at 3.6 billion light-years. Again no size is given. It contains 10 members according to NED. Only the BCG seems visible in the image though there\'s a hint of something right beside it to the east so I drew the line a bit further from the galaxy than normal so as not to hide this faint whatever. Doesn\'t look like noise. The cluster may run off the edge of the image. 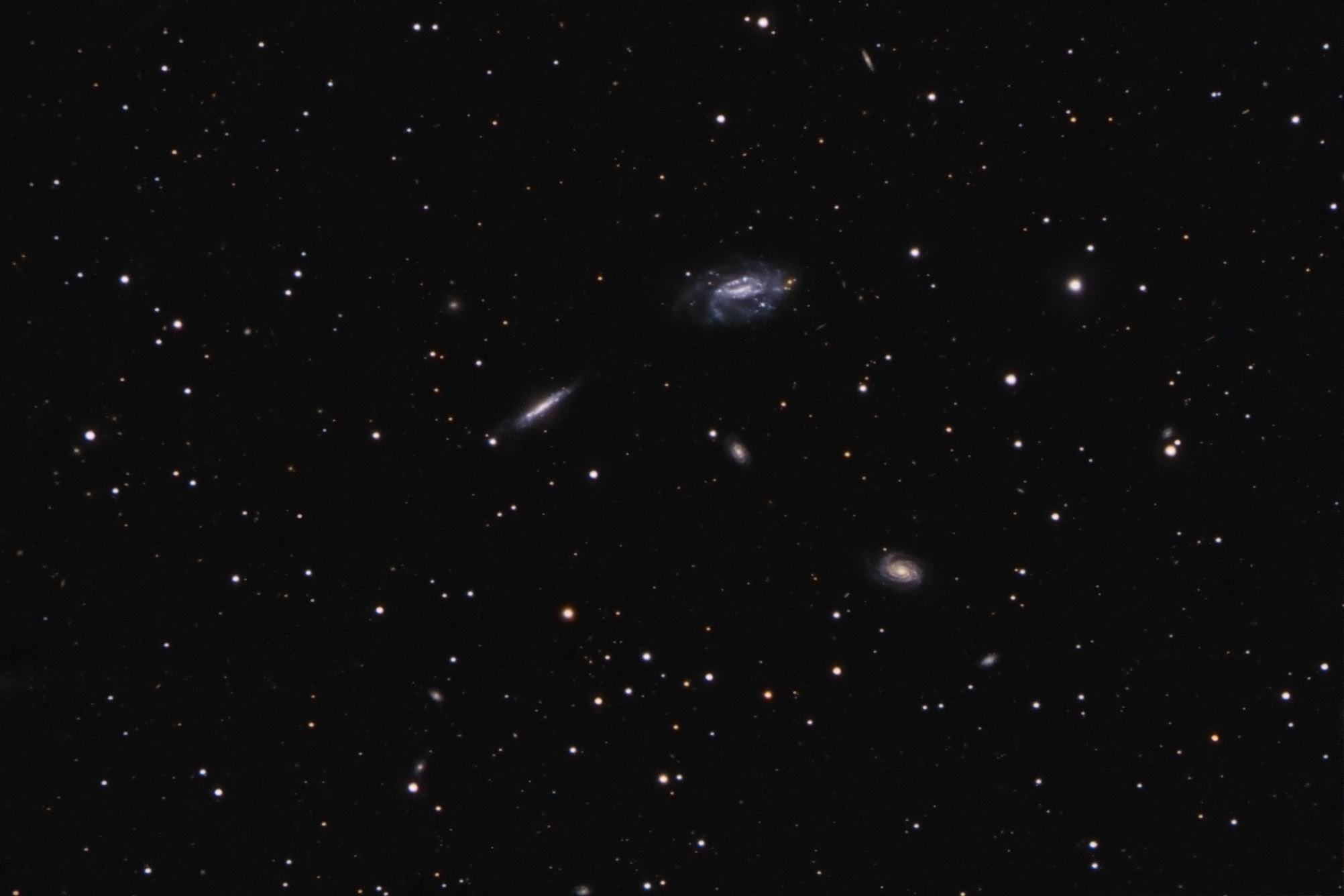 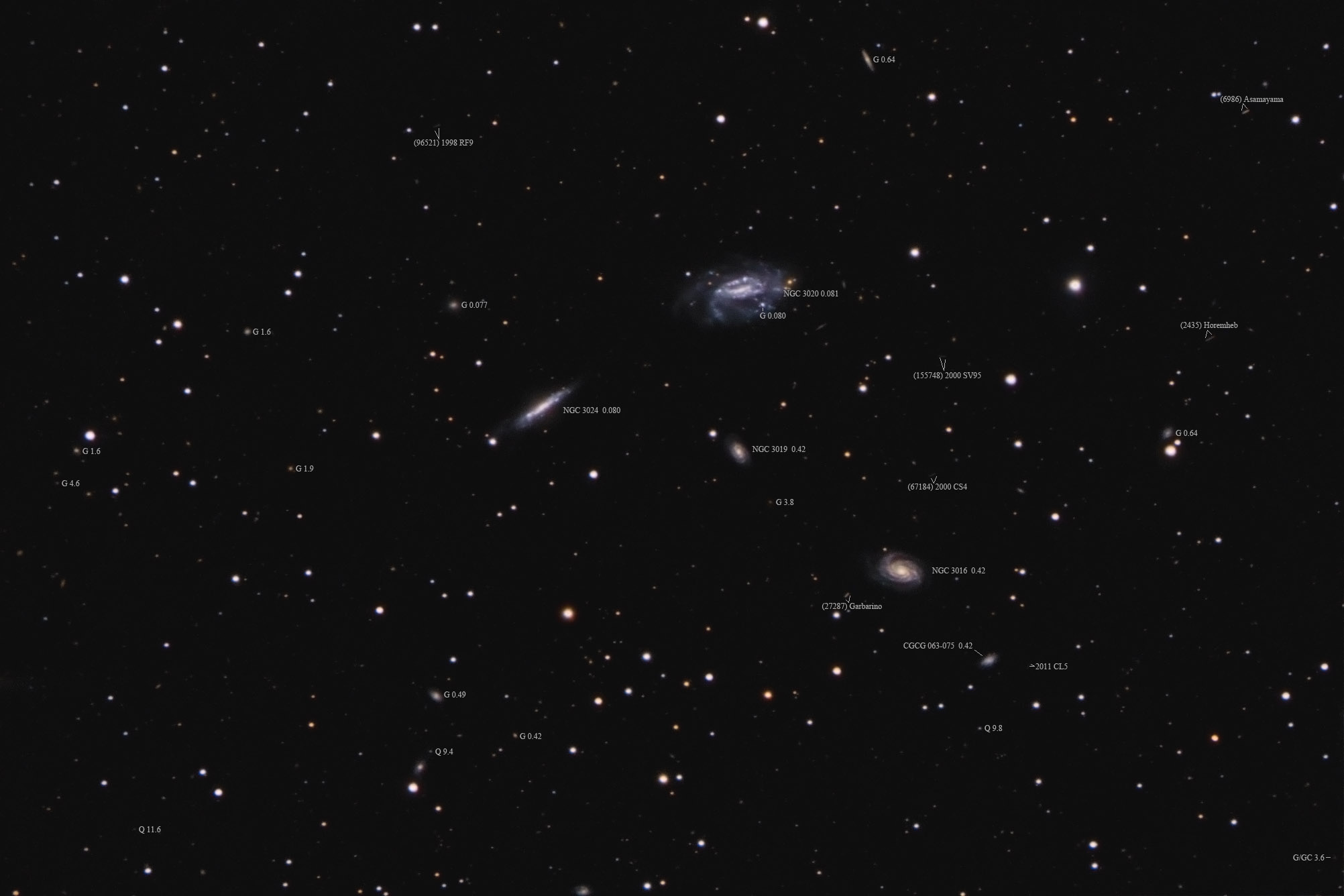